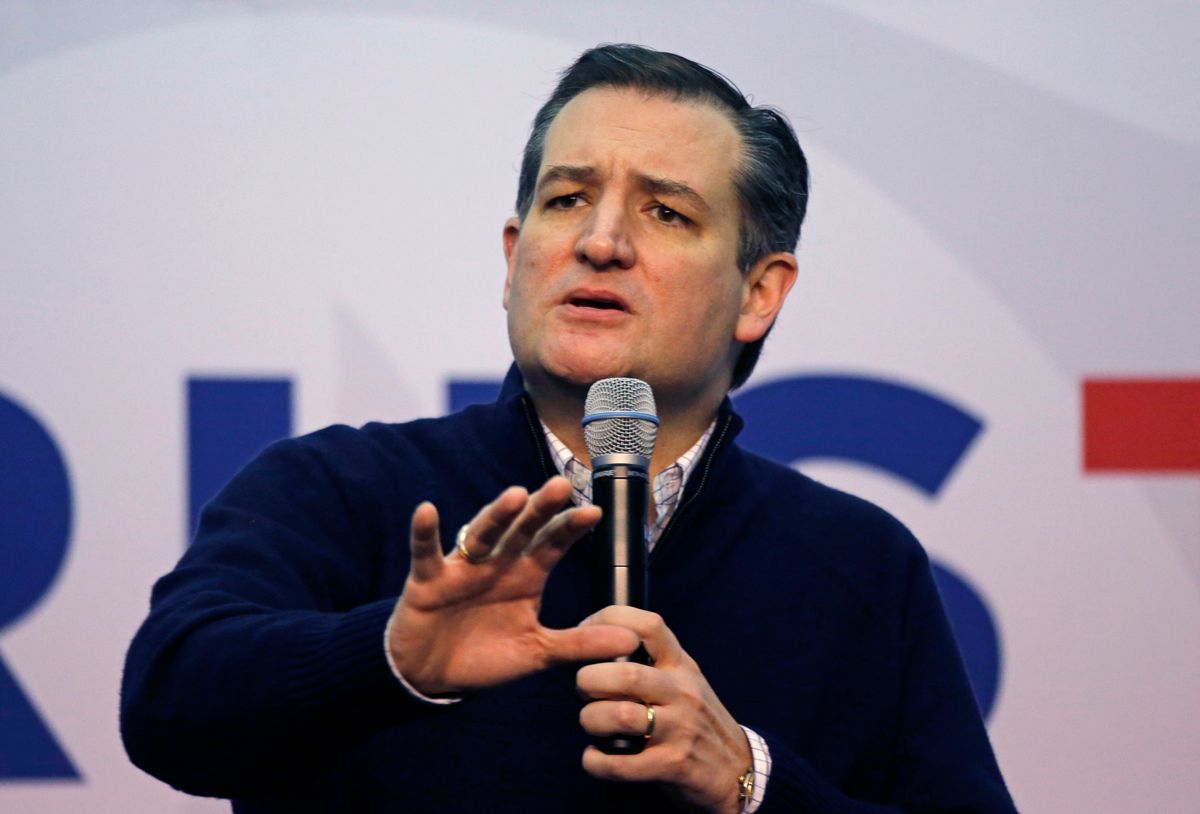 Defending his decision to leave the campaign trail following his loss in Iowa to return home to change clothes during an interview with right-wing radio host Todd Starnes Thursday evening, Carson called the detour to Florida "representative of how I would do things in government, too."

"I'm not going to go out and spend the tax payers money willy-nilly," Carson promised, explaining that unlike other Republican presidential candidates he grew up understanding the value of recycling old clothes. "In my upbringing we didn't just throw away the clothes that needed to be dry cleaned or washed."

Carson then turned to what he called "major irregularities" with Monday's election and the Cruz's campaign's "dirty tricks." Friday morning, the Carson campaign released voicemails reportedly left by Cruz staffers the night of the Iowa caucuses instructing precinct captains to encourage Carson supporters to vote for Cruz instead:

Cruz has already issued a half-hearted apology to the Carson campaign for falsely suggesting that he had dropped out of the race, but the Texas senator has not yet sanctioned any campaign staffers. Asked if Cruz handled the kerfuffle in a Christian-like matter, Carson essentially said no.

“I would have said if I didn’t agree with what’s being said — which he did say that — I would make sure that it didn’t happen again. And I would take corrective action,” Carson said.

"Not to take corrective action is tacitly saying it’s okay," Carson told Starnes, comparing Cruz's apology to conservatives' most derided bit of congressional testimony of the last decade. "It’s sort of like, as Hillary Clinton said after Benghazi, ‘what difference does it make?’”

“I’m not saying that it rises to the level up Benghazi," Carson not-so quickly followed-up. "I’m saying it’s the same kind of attitude ... The attitude being, it’s water under the bridge, it’s gone by, let’s not deal with it.”

“Did they cross the line in terms of the law?" Carson continued. "I don’t think so, but I do think there comes a time when you do what’s right rather than what’s legal. And I don’t think that it was the right thing to do.”

Listen to Carson's comments about Cruz, via Buzzfeed: