The worst Sanders attack yet? Jonathan Chait charges that Bernie is against "pluralism" — and that's simply absurd

After latest debate, Chait says Sanders — unlike Clinton — is an enemy of "pluralism." Here's why he's wrong 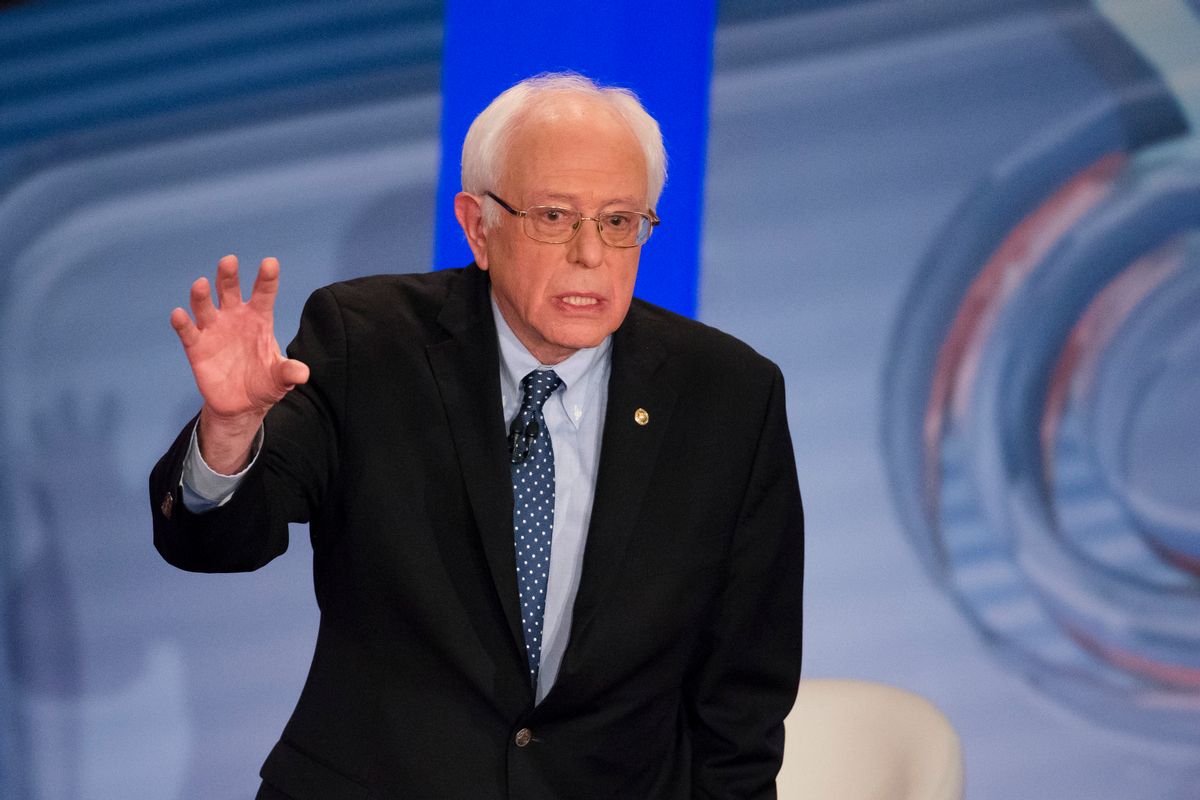 Responding to last night’s Democratic Party presidential debate, New York Magazine’s Jonathan Chait argues that the fight between Hillary Clinton and Sen. Bernie Sanders is not about policy or the question of which one is more likely to prevail in a general election. Those may be the usual topics of a presidential primary, but they look downright trivial when compared to 2016’s stakes.

Because this is, in Chait’s words, a “seminal moment moment in modern Democratic politics.” It is not business as usual. When Democratic primary voters walk into the voting booth, or gather ‘round for a caucus, they won’t simply decide who will be their party’s next nominee for president. They will decide whether “a governing creed” that has been “taken for granted” for “decades” will survive.

And while you might suspect, given Chait’s ideological leanings, that this “governing creed” is Clinton-style neoliberalism, it isn’t — not according to Chait. What’s really imperiled, he says, is not the Democratic Party’s current relationship with Wall Street, and the ultra-rich in general (which would probably be best described not so much as love/hate as love/pretend-to-hate). It’s the future of “pluralism” itself.

Lest I am accused of putting my own words into his post, here’s what Chait wrote, after describing Sanders’ worldview as one in which “Wall Street is so big and rich that it is inherently dangerous, and will by its nature corrupt the political system”:

Clinton does not believe that. Her political ideal is what some political scientists have called “pluralism.” A pluralist politics venerates the careful balancing of competing interests. It is okay to bring business to the bargaining table as long as there is also a place for labor, environmentalists, consumer advocates, and other countervailing interests. Clinton’s Democratic Party, and Obama’s, is one in which pluralist agreements struck important progress not only in financial reform but also health care, public investment, green energy, and other priorities.

Bringing “business to the bargaining table,” provided that “other countervailing interests” are there, too. That seems to be pluralism, as Chait understands it. Yet although Chait is willing to acknowledge that Sanders “does not completely reject the products of these pluralist compromises,” he still describes Vermont’s self-described Democratic Socialist as someone who “rejects … the political model that treats pluralism as the normal model of political action.”

Sanders believes the interest of the public is not divided, it is united, and only the corrupt influence of big business has thwarted it. He consequently vows to smash its power through a combination of a mass upsurge in political activism and campaign-finance reform.

Perhaps this goes without saying, but Chait’s understanding of these specific terms — “pluralism” and “moderation” (the addition of “neoliberalism” to this smorgasbord of poli-sci jargon is the work of yours truly) — is questionable at the very least.

The scenario he describes, in which everyone gathers around some big mahogany table to cut a deal — that could be thought of as pluralism in action, I suppose. But this doesn't really sound like “pluralism,” or like a conscious manifestation of a specific political philosophy. It sounds more like “compromise”; it’s more about tactics (how to do something) than strategy (what it is that should be done).

A better word to describe Chait’s model, I think, would be “corporatism” — which, it’s worth noting, has more to do with Sanders’ political lodestars — the New Deal and Western European social democracies — than with the neoliberal approach embraced by Clinton and Chait. But I think it’s fair to guess that the last thing Clinton wants right now is to be associated with any word that makes people think of “corporations.” (The words have different meanings; but good luck making that part of a winning campaign.)

Whatever we call this arrangement doesn’t really matter, however. Because it has about as much relationship with the “real world” as does Sanders’ much-criticized promise of a “political revolution.” It’d be nice to imagine that, in America today, Wall Street and organized labor both get a seat at a table; and it’d be nice to imagine that the president in this hypothetical will give the views of both parties equal weight. But, to quote Clinton, let’s try to stay “in reality,” please.

And the reality of Chait’s “pluralism,” as even the Clinton campaign has been willing to acknowledge, is that having a seat at the table isn’t worth so much if the person sitting across from you — the one whose interests you see as in direct conflict with your own — has got all the leverage. Unions and Goldman Sachs can be at the table, sure. But if a politician’s career depends on raising money, which one do you think is more likely to see her zoning-out while they’re making their case?

So, no, this is not a question of pluralism. That designation gives this version of politics — which I’d describe as plutocratic, but could accept calling “moderate” — far more dignity than it deserves. “Pluralism” evokes a narrative of tolerance and multiculturalism; the idea that people can peacefully coexist with one another, even if they disagree.

“Pluralism,” to my mind, has very little to do with campaign finance or Wall Street regulation. And to allege that the 1 percent has too much power is not to say that they should be expropriated and cast out as enemies of the state. The Sanders campaign is well in line with the usual norms of a constitutional liberal democracy. By describing the corrupt and unpopular status quo as “pluralism,” Chait gives the latter a bad name.