"No one wants to think about Chris Christie spanking anyone" 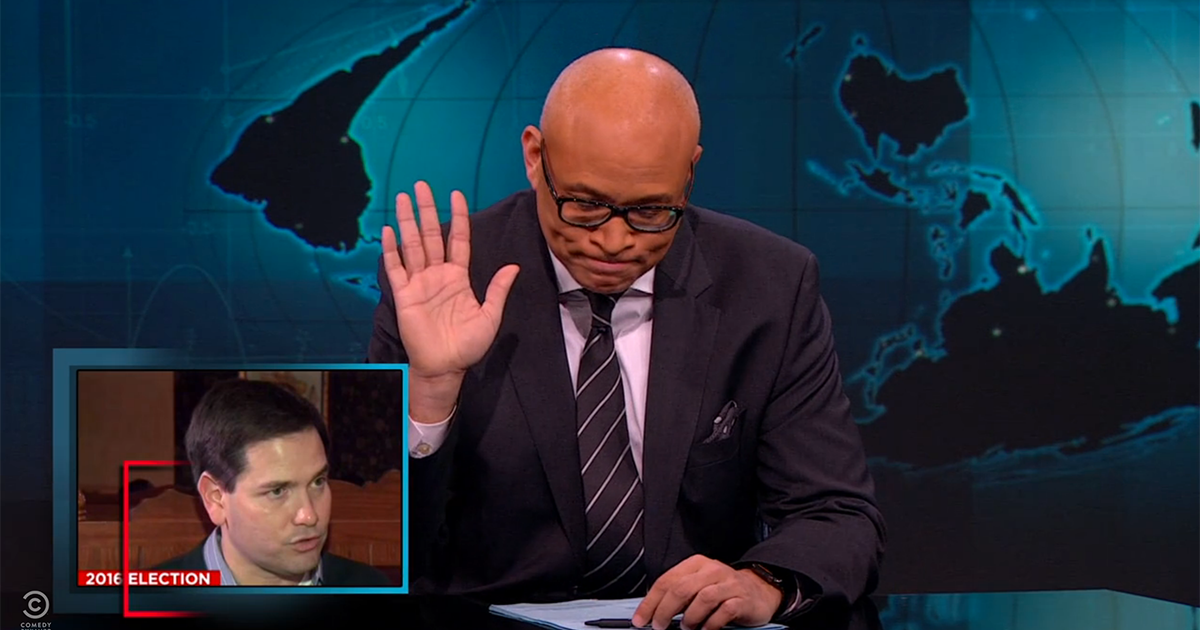 If there's one thing pop culture is good for, it's helping people understand the delicate nature of unfortunate euphemisms. Thanks to Larry Wilmore's School of Don't Say That, Marco Rubio learned a major lesson.

On Thursday's "Nightly Show" Wilmore ran a series of clips of Rubio insulting Hollywood, pop-culture and even Jeb Bush of "ramming" something "down our throats." In fact, the phrase seems to occur so frequently in Rubio's speeches it makes you wonder if there's another reason Rick Santorum may have endorsed him. But thanks to Wilmore, maybe Rubio can work on his phrasing in the future.

"When you talk about protecting your family's Christian values," Wilmore began. "Perhaps it would reflect your own values more completely if you refrained from employing a metaphor that means choking on a huge cock!"

But Rubio isn't the only one talking dirty. Chris Christie has a bizarre obsession with spanking Hillary Clinton. "No one wants to think about Chris Christie spanking anyone."

If that isn't weird enough, apparently Donald Trump has freakishly small hands. And you know what they say about small hands. Spy magazine dubbed him the "short-fingered vulgarian" 28 years ago and evidently Trump is so obsessed with the nickname that he's still responding to it. So Wilmore decided this is going to be his new joke to "bug the shit out of [Trump]."