Cruz blamed CNN for the misunderstanding, because when the GOP's in doubt, it never hurts to blame the media 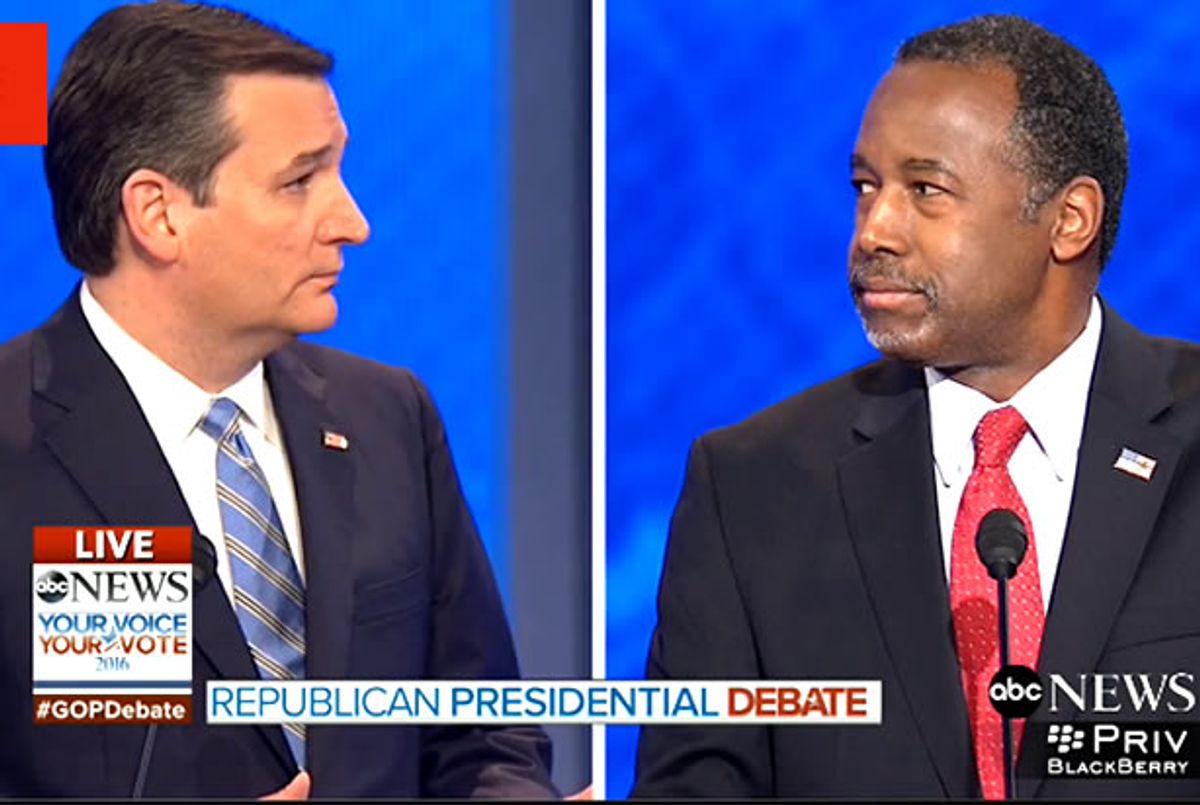 Texas Senator Ted Cruz apologized profusely to retired neurosurgeon Ben Carson for informing his political operatives in Iowa to tell caucus attendees that Carson would be suspending his campaign.

Cruz blamed CNN's Wolf Blitzer and Jake Tapper for a report that aired early Monday evening, as well as a subsequent tweet about it, that seemed to indicate that Carson would be leaving the race.

Carson accepted the apology, but went to great lengths to demonstrate why Cruz's campaign shouldn't have made that assumption in the first place, noting that one campaign volunteer had died laying his ground-work in Iowa, and the fact that Cruz claimed to be friends with Carson and his wife.

When ABC's David Muir asked why, given the friendship between the campaigns, Cruz didn't simply contact Carson, the senator sheepishly admitted that he should have.