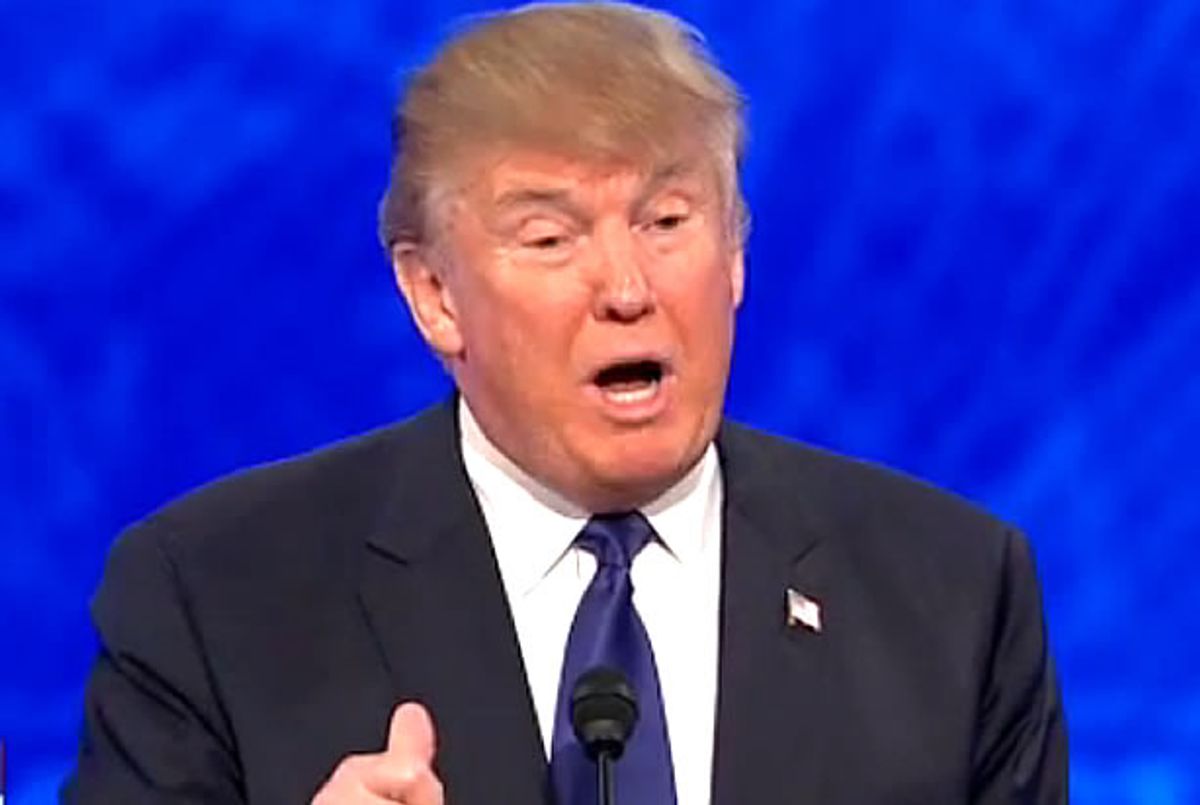 Donald Trump attacked Jeb Bush -- and by extension, the entire audience -- by pointing out that all the people in the audience are donors, which is why they booed him so vigorously when he attacked Bush's opinion on eminent domain.

"He wants to be a tough guy," Trump said about Bush. When Bush tried to speak up, Trump said, "let me talk, be quiet" and hushed him.

It appeared as if Bush got under Trump's skin on the question of eminent domain. While he seemed on strong footing about the necessity of eminent domain to public works projects, Bush noted that that's not the use to which Trump has put it in the past.

"Eminent domain is a good thing, not a bad thing," he said, but claimed that he did not "love it," as moderator David Muir claimed.