Israeli cleaning company charges based on race and characterizes Arabs as a security threat, according to flier

It charges customers less for black cleaners and more for white cleaners, and says Europeans are "better workers" 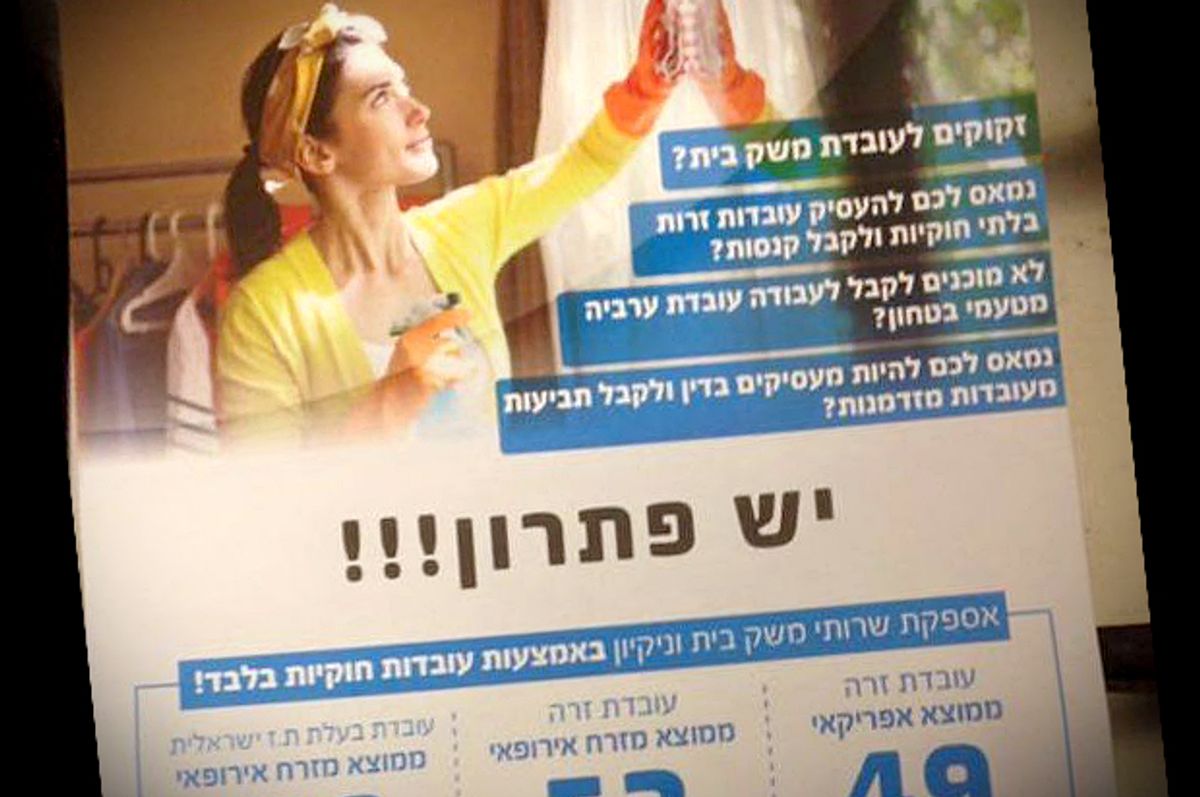 An Israeli cleaning company charges customers less for black cleaners and more for white cleaners, according to a flier circulating the internet.

The company advertised its rates in a leaflet handed out in the major northern city of Tel Aviv, Israeli newspaper Haaretz flier.

The flier also characterizes Arabs as a security threat, instead offering cleaners of different races and ethnicities.

"Don't want to hire an Arab for security reasons?" reads the leaflet. "Tired of being legal employers and getting sued by any passing worker? There's a solution."

When the spokesperson listed on the flier for the unnamed company was contacted by the Israeli website Mako, she said charging different rates based on race and ethnicity is not illegal, and said European cleaners cost more because they are "better workers," BBC reported.

"Outspoken racism is seeping into Israeli society. Pricing employees according to race," she wrote. "Admit that you haven't thought of that yet. Israel 2016."