It's a "touchy" subject: "Sticky: A (Self) Love Story" wants to get us talking about solo sex 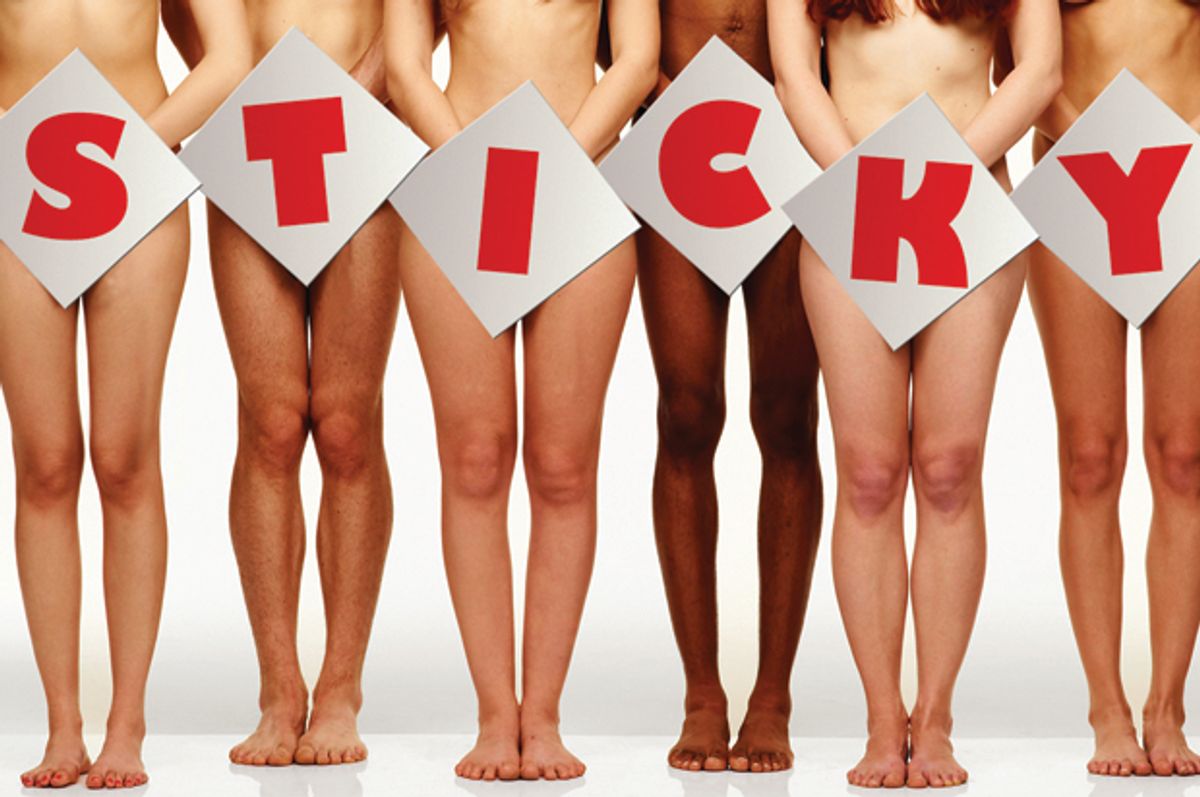 The answers, as viewers of "Sticky: A (Self) Love Story" learn, are complicated.

Tana explores it all – from the Kinsey Reports, to the Fleshlight, to that famous scene in "Fast Times at Ridgemont High" – in an ambitious film that’s sure to spark giggles and flushed cheeks wherever it’s screened upon its release, this week. The writer/director/producer/narrator recently discussed the 70-minute film with Salon. Our conversation has been edited and condensed.

After doing it I realized it’s because it’s the world’s most popular taboo.

When I went in, I quickly, within two weeks, shot some key footage and was able to raise like $160,000 to do the film. But then, as you go, you realize that there are so many angles you can cover, and there are so many different ways you can go. And then also there’s people that won’t do interviews. For every one person that did an interview, I had like eight people that would say no.

Well, I think a lot of it has to do with how vulnerable and how personal it is for many people, and that it taps into people’s fantasies and their notions of self. So, you’re dealing with the ego. You’re dealing with self-worth – you know, “Is this person going to find me attractive or not?” And then, with fantasies, you can go anywhere. In one’s fantasies, you can have sex with your neighbor’s wife. It’s possible to go places that you can’t go necessarily without major repercussions in the real world. So I think that’s part of our self-censorship around the subject matter.

Did you wrestle with whether to make this a humorous film?

Absolutely. That was part of the balance of tone that was very challenging. In fact, it delayed me to some extent. Because, at first, I had all these sketch comedy things I did because I felt like it needed to be funny. Because the first thing people do when I told them I was making it was laugh. And so I was like, “OK, well, clearly there’s this anticipation for this film. And clearly they expect to laugh. So, if I were to take that out of the movie, it would be bizarre and I think people would be disappointed.”

This is all fascinating stuff and we’re just on the cusp of it. And I think this movie, ideally, will open the dialogue for these big, important questions, moving forward.

Let’s talk about that dialogue. What is your intended effect with this film?

Well, it depends on where you live. If you live in Los Angeles or San Francisco, [things are] maybe a little further along than if you live in Alabama, let’s say. But it really has to do with what’s inculcated from, sometimes, a moral perspective on what it means to be a sexual person. There’s always been a concept that sexuality is only … for procreation. But now there’s a big sex-positive movement out, and it has existed for quite some time. In fact, I’ve interviewed some of the key members of the sex positive movement – Betty Dodson, Carol Queen – and that’s about ending that shame around it and just accepting us as sexual beings. [The idea that] whether you want to have children or not, it’s OK to be sexual. That’s part of what life’s all about. It’s like enjoying food. Are we allowed to enjoy food? Or do we just eat it, so that we live?

I think we’re doing it more. I’m seeing it more, for sure. But I think it’s tied in with the whole popularity around shock value right now. I think we live in an information-overload society. And, as such, it takes a lot to get attention. Is there a value in most of it? That’s a question of your taste.

I think it’s ever-evolving. But, in general, I think women have been suppressed sexually from a male-dominated society. And I think that’s very reflected in the Alabama law that prohibits the sale of sex toys. Yet they have the loosest gun laws, which is really interesting. Who are they protecting there? That’s the question.

I received two preview links for this film: an “explicit” version and a “censored” version. Are you releasing two versions?

But I’m like, “Give me a break!” We’ve got movies at Sundance about a guy with an erection who’s farting. And just [think of] the weird stuff that comes out on TV, too. Not just the weird, but extreme sexual stuff I’ve seen on Showtime and other stations. And I wonder, “Jeez, are we really that touchy about this?”

Is this ultimately an anti-shame film?

I interviewed people representing four major religions of the world, from Islam, to Catholicism, to Judaism, to Buddhism. That covers a huge population. And we’re talking half of them say it’s a sin and half say it’s not. And actually it’s a little more than half say it’s a sin, when you think about the fact that there’s a distinction between the Talmud and the Torah, as to whether it’s a sin in Judaism.

So, where are we? Have we accepted the fact that something so fundamental is an actual sin? Or do we have to reevaluate our moral standards?