He expected to take a victory lap, but the "Fox & Friends" hosts weren't about to let him do so 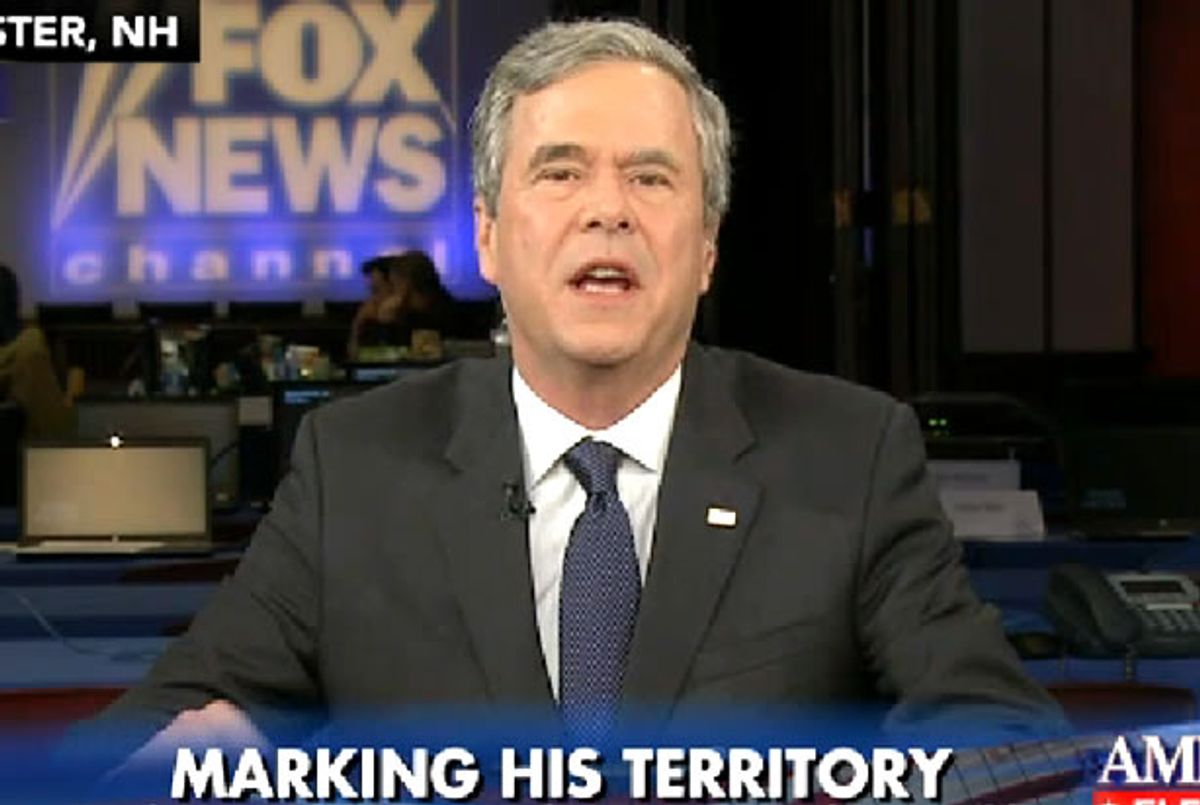 In what was supposed to be a victory lap for his passable performance at Saturday night's GOP primary debate, former Florida Governor Jeb Bush appeared on "Fox & Friends" only to find himself grilled by intellectual heavyweights like Steve Doocy and Brian Kilmeade over appearing with his mother and his brother's hypocrisy.

As the segment opened, the Fox hosts asked him if he took strength by having his mother near him. "Is there something about being able to look next to you and see your mom that gives you security?" Kilmeade asked.

"We love your mother!" Doocy replied. "I think you had your best debate of the season," and then played the exchange he had with Donald Trump about eminent domain. Although they noted that Trump wouldn't be able to shush Hillary Clinton the way he did Bush in that clip, Kilmeade quickly reversed and noted that Trump made a fine point on the Sunday after the debate.

After Bush again accused Trump of not being a real conservative, Kilmeade said "I was watching Trump yesterday, and he said, 'I just found out George Bush 43, your brother, used eminent domain to build his stadium in Texas,' and that he wished he'd brought that up."

"I don't think eminent domain should be used for private purposes," a flustered Bush replied. "I don't know what my brother did or not."