Bankers are worried about Sanders. But Trump's the one whose attacks are increasingly dehumanizing — and dangerous 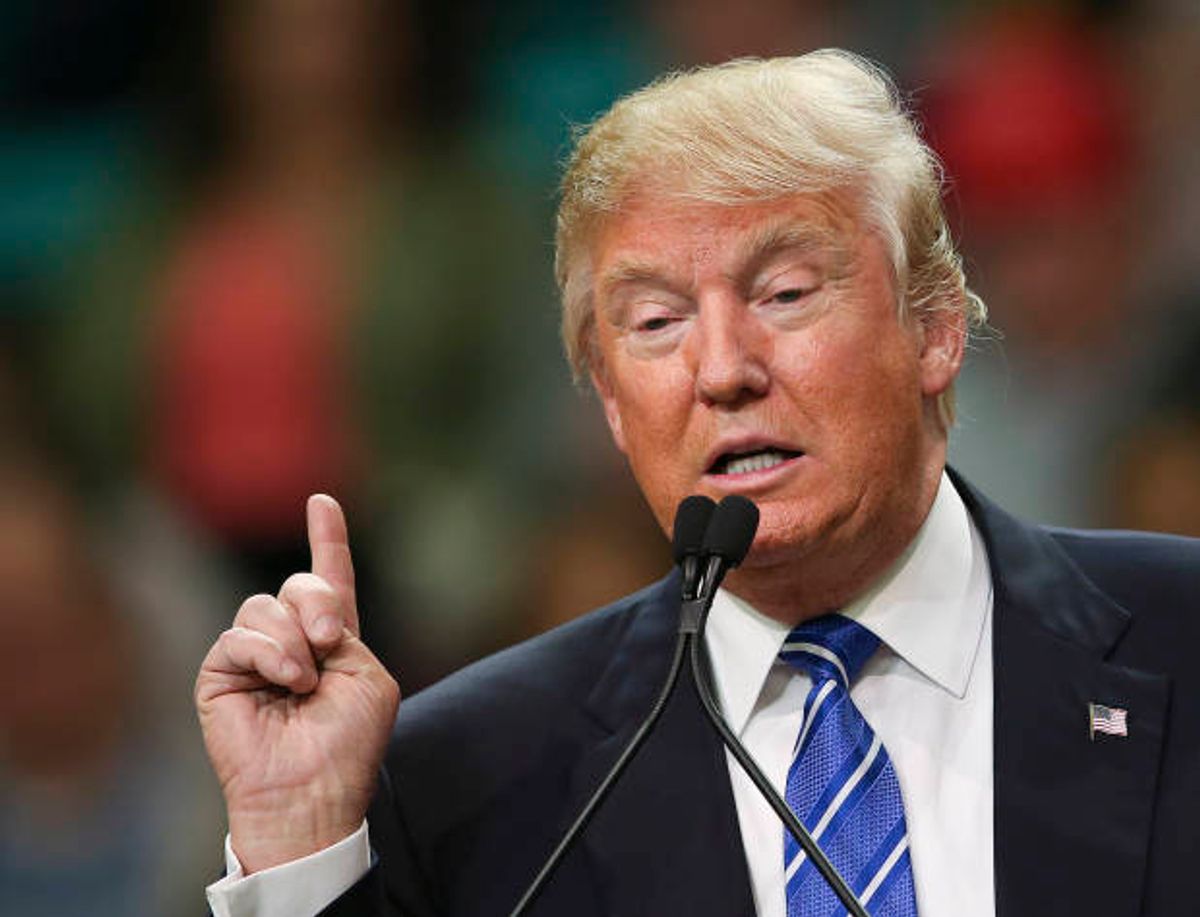 A little less than a week ago, Goldman Sachs CEO and Chairman Lloyd Blankfein told the fine people of CNBC’s “Squawk Box” about something that been worrying him as of late. It wasn’t the threat of climate change, ISIS, or another global recession.

It was Vermont Sen. Bernie Sanders’ historic — and unapologetically populist — campaign for president. The self-described Democratic Socialist’s White House run, Blankfein said, “has the potential to be a dangerous moment.” And not just for the rich, either, but “for anybody who is a little bit out of line.”

Besides Jamie Dimon, it’s hard to think of another banker today with Blankfein’s notoriety. Yet his criticisms of Sanders didn’t have much to do with the senator’s views on Wall Street — or at least not directly. What worried him instead, he argued, was how the Sanders movement encouraged an uncompromising approach to American politics.

In the world of Bernie Sanders, Blankfein said, being open to compromise is “a liability.” If a politician were to buck the Sanders approach and drift “one millimeter off [of] their extreme position,” they would, he said, “have to back-track and swear to … never compromise.” The whole dynamic was “incredible”; a real “moment in history.”

Needless to say, Blankfein’s comment was a gift to the Sanders camp. But it was also something else. Namely, it was a sign that the profound anxiety Wall Street felt in the wake of so much public resentment and anger has not dissipated. But it was also a sign that Wall Street, locked in a Zuccotti state of mind, was missing the real threat.

Sanders is obviously not shy about thwacking what he likes to call “the billionaire class.” But by and large, he likes to keep his rhetoric pretty vague. He talks about “too big to fail” banks and “special interests,” of course. But, at this point, that’s standard rhetoric for most Democrats (and more than a few Republicans). Pretty ho-hum.

Trump, meanwhile, has never been one to mince words or shy away from a fight. But while that trait has been in evidence mostly through his vicious attacks on Mexicans, “illegals,” Megyn Kelly, Jeb Bush and “the establishment,” Trump is now starting to train his fire on a new target. And he’s using some of his most dangerous rhetoric yet.

During a weekend rally in New Hampshire, according to a report from the Washington Examiner’s Byron York, Trump broke from typical GOP rhetoric even more than usual. Instead of railing against high taxes or big government, Trump, York says, was “in full populist mode,” railing against big pharma, big insurance, big oil and big defense.

At times, York reports, Trump even went so far that he “sounded like Bernie Sanders, if Sanders had Trump's sense of showmanship.” But what York quotes Trump saying about the big donors who support his opponents is far more incendiary than anything Sanders himself has uttered. These corporate fat cats, Trump raged, were “bloodsuckers.”

“Bloodsucker” is not a word you hear often in U.S. politics; and for good reason. It’s not because the word is so brutish and Americans are otherwise so cuddly; it’s because “bloodsucker” — like “cockroach,” “vermin,” “parasite,” or “disease” — is considered too dehumanizing and eliminationist. It’s how Nazis and Stalinists speak. (Not for nothing was it the slur especially popular in France during the Reign of Terror.)

And the reason why “bloodsucker” is so dangerous, and why any lefty who uttered it would be rightly savaged, is because of what it suggests. The implication is that the body politic — “the American people” — is, by nature, unified. Anyone who differs with “the people’s” self-declared tribunes, therefore, is unnatural and alien. They are dangerous outsiders; they are a threat.

Bernie Sanders does not talk like this. He knows better — both as the progeny of Holocaust survivors, and as a decent man. He knows where this kind of talk has often led, and he scrupulously avoids it. Yet for reasons unclear, Wall Street still seems to regard Sanders — not Trump — as politician most likely to turn the mob against them. He isn’t, not by a long shot; and it’s long past time they recognized that fact.