Like a frat-boy rapping along to a song just so he can say the N-word, Trump had himself some fun with this slur 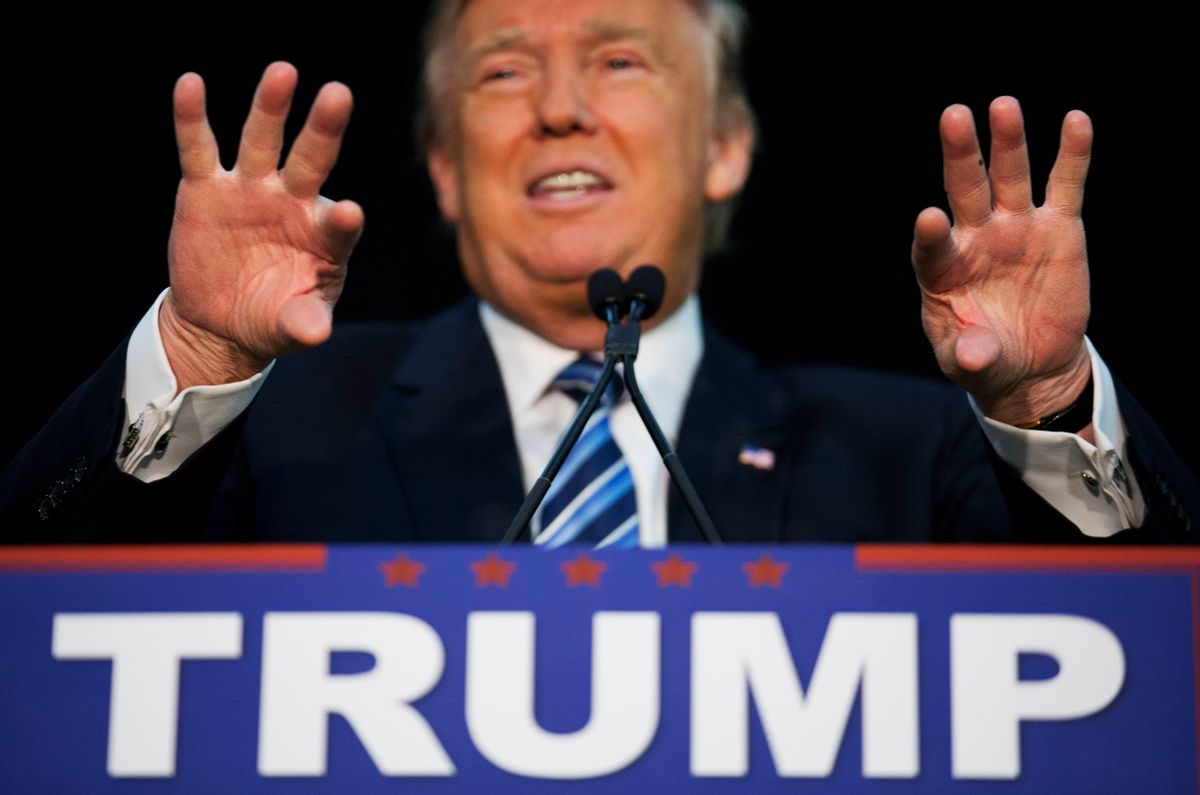 During a speech at the Verizon Wireless Arena in Manchester, New Hampshire last night, Donald Trump was complaining about Ted Cruz's refusal to be charmed into thinking waterboarding was anything other than torture when a member of the crowd whose statements weren't picked up by his mic said something horrible.

Instead of ignoring the statement, Trump stopped his stump speech and told the audience member -- who he claimed was female -- that she's "not allowed to say" that, which should have been where it stopped. But like a frat-boy jazzed up by the opportunity to quote someone using the N-word, Trump repeated her verboten statement, saying, "I never expect to hear it from you again."

The crowd erupted, applause raining down at the GOP front-runner's use of demeaning language against women. This was no better, of course, than the implicit sexism in Jeb Bush's remarks yesterday that Trump wouldn't be allowed to "shush" Hillary Clinton the way he shushed Bush on Saturday, merely more explicit.