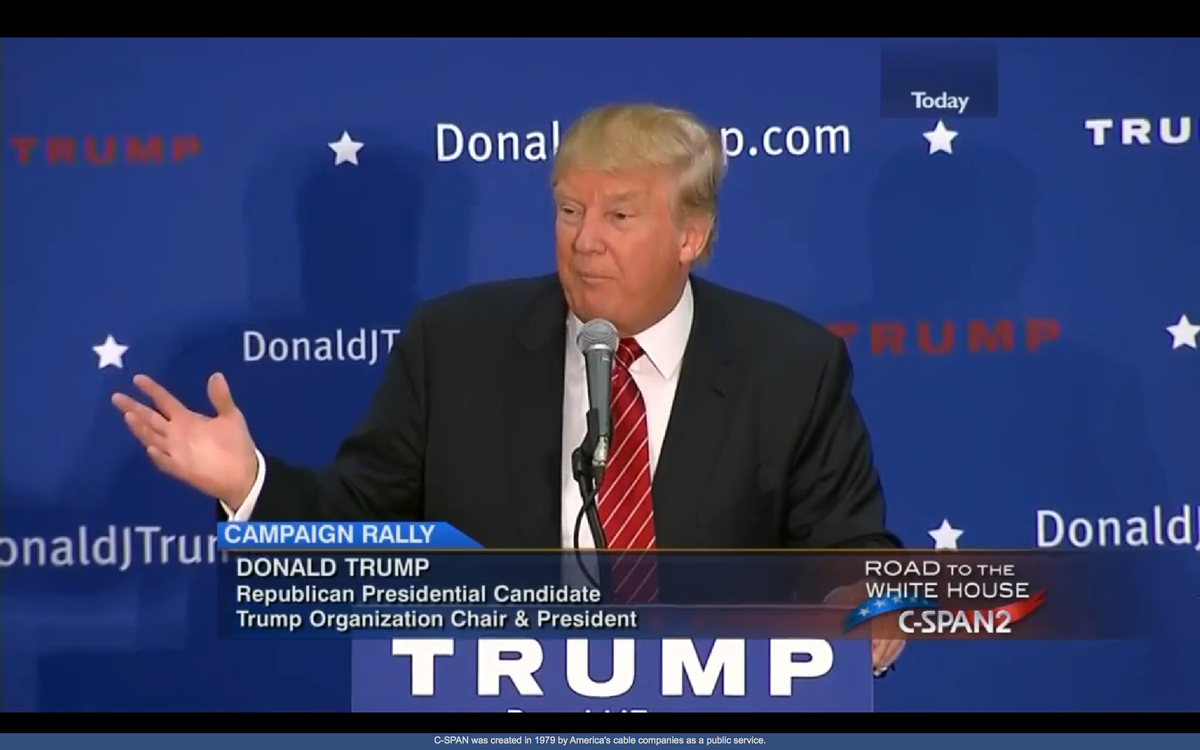 Early on Tuesday, it was too early to say anything meaningful about actual poll returns in New Hampshire, but NBC reported an absolutely stomach-turning result from exit poll data:

At this stage in the race, everything gets filtered first through the "horse race" lens, and so the immediate take on this is clearly that this is good for Donald Trump, the only candidate who has seriously backed the idea that this country should ban Muslims from entering our country.

But the real story here is the real damage that has been done by a Republican primary where the candidates constantly compete over who is most certain that ISIS is hiding in their bushes. Even those Republican candidates who have pushed back against Trump's proposed travel ban for Muslims have nonetheless pushed the idea that Muslims are inherently untrustworthy people that should be handled very carefully, as if they are beehives instead of people.

Every single Republican candidate in the race has demagogued on this ridiculous notion that Syrian refugees present a serious threat to the country and that the Obama administration is somehow not vetting them enough. Even Jeb Bush, who tried to take a more moderate stance on this, argued that Christians should have priority over Muslims, a stance that is based on this notion that there is something inherently shifty and dangerous about being Muslim. Chris Christie was so eager to sell the notion that Muslims are frightening by nature that he argued that even "orphans under five" need to be treated like a threat.

Anti-Muslim hysteria was bound to rise after the attacks in Paris and San Bernardino, of course. It's a shame, but there's always going to be people who refuse to hear reason or look at evidence and hide behind knee-jerk bigotry instead. But it's hard to imagine that it would be this serious. The San Bernardino shooting had fewer than half the casualties that you get on an average day in this country from gun violence, after all, and there's no real evidence to suggest the shooters were attached to any larger conspiracy.

No, this level of bigotry is the direct result of Republicans climbing all over each other to declare that they were scared of Muslims the most. You can't tell people, day in and day out, to hate and fear others for their differences without the message taking hold.