“He’s possessed by a demon!”: Retching hecklers attempt to perform an exorcism on Ted Cruz 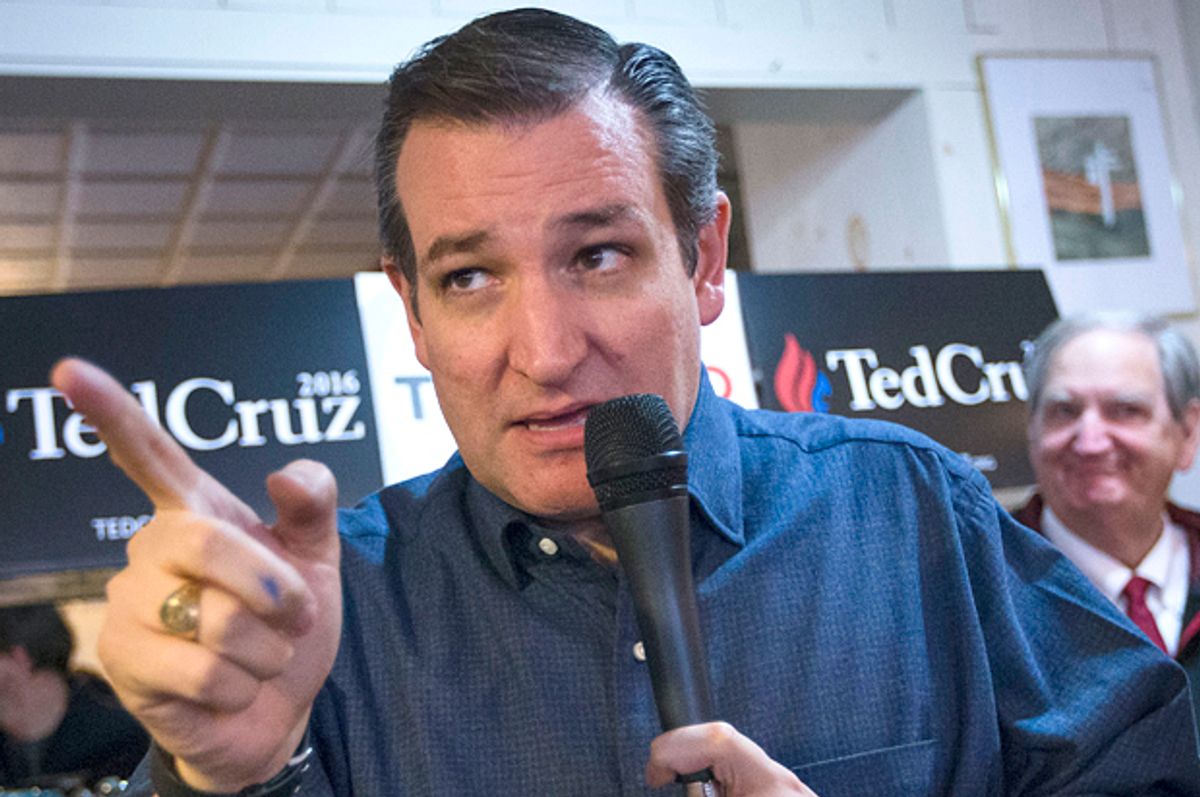 Two hecklers armed with mirrors and a wooden cross interrupted a Ted Cruz campaign event in New Hampshire on Monday to perform an exorcism on the Texas senator, claiming that the Republican presidential candidate was “possessed by a demon.”

“He’s possessed by a demon!” shouted one of the men from a doorway while holding up a mirror and a cross. According to The Dallas Morning News, Cruz had just finished his stump speech in Raymond, New Hampshire, when two men began shouting at the candidate.

“Ted Cruz look in the mirror and let the evil spirit depart!” a second heckler demanded. “The demon has to leave. That’s why the body is so disgusting to look at!”

“Evil body! Evil spirit. Look yourself in the mirror!” the man said.

As the crowd began to boo the hecklers, Cruz attempted to make light of situation, joking that the two were likely Bernie Sanders supporters.

As the Huffington Post notes, the pair are likely the "guerilla comedy" duo The Good Liars and appear to be stalking Cruz campaign events around New Hampshire:

“We just had to get rid of the evil spirit. I hope it works,” one of the men told the Dallas Morning News after being ejected from the event. “He’s very hard to be in the same room with. We had to exorcise some sort of disgusting evil spirit," he said, keeping the act going by motioning that he was sick to his stomach. "There’s a reason that the body is so haggard and disgusting, and the face, and it’s all so weathered and gross and hard to look at.”

“And it’s because he’s possessed by a demon. Being in the room with evil so close, it’s just hard to even comprehend. The evil is so deep rooted and maybe if it had to confront itself,”

Watch the failed but hilarious attempt to exorcise Cruz of his demons below: