In 2011, I invited Trump to give his first speech as potential presidential candidate. Seemed like a good idea then 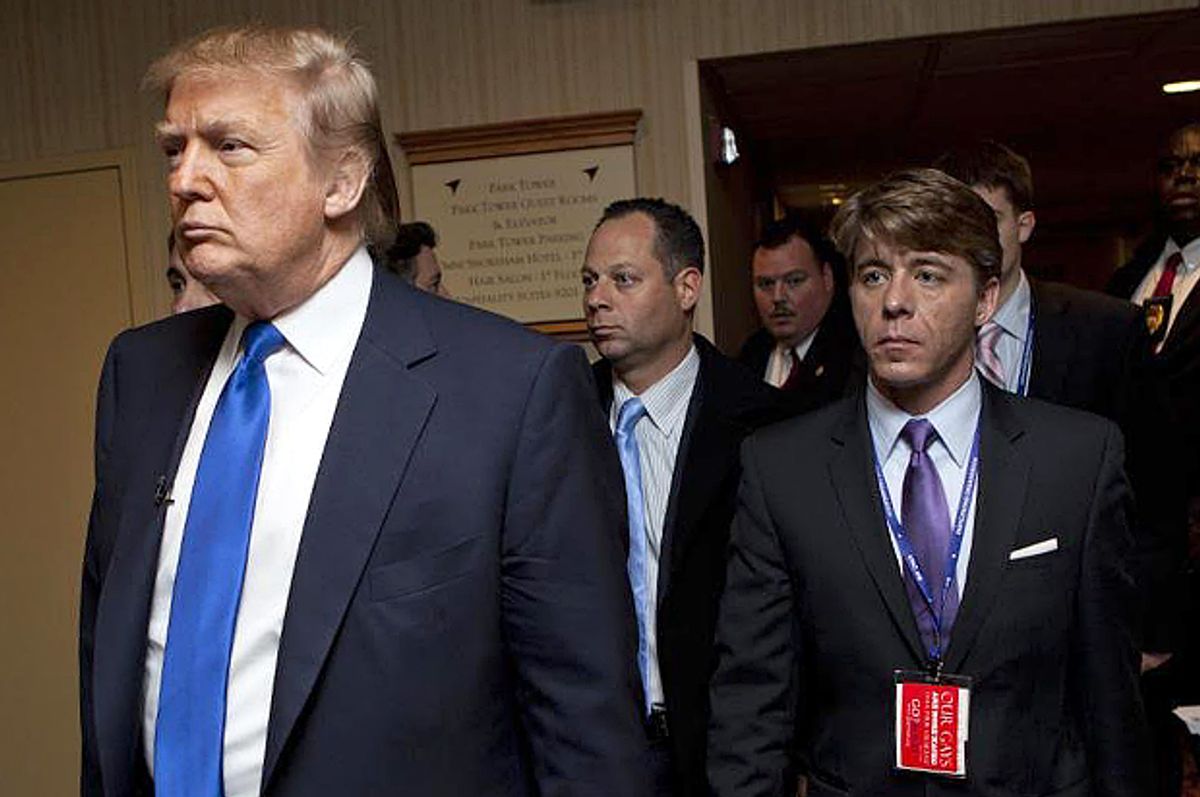 A photo of the author with Donald Trump at the Conservative Political Action Conference, Feb. 10, 2011 in Washington, DC. (Brendan Hoffman)
--

The winners of this election cycle are already determined, and it’s us. If you haven’t noticed, the people, not the politicians, are in charge in this election. We are driving the agenda, and that will continue after November, too.

For years we have heard that America is divided and we are a polarized nation, but the truth is we aren’t. We are united in our frustration with a broken government, the political system, the parties and the people who fund them. Those of us who are politically independent and have rejected establishment partisan politics are leading the way in advocating for real reforms. The independents in New Hampshire are the privileged ones of us who have the unique early opportunity to take stock in all of the candidates in both major political parties, and choose the best candidate, regardless of party. So who will independents vote for today?

I know that many of them are enamored by the campaigns of Donald Trump and Bernie Sanders because they are “telling it like it is” and challenging the status quo. Both of those nontraditional candidacies strike a populist tone and are attracting a lot of reform-minded voters. I understand that because I want to reform the system too.

I admit that I was intrigued by Donald Trump as a candidate, at first. I liked the idea of an anti-establishment businessman as president. In fact, I invited him to give his first speech as a potential candidate in 2011 at the Conservative Political Action Conference at the invitation of GOProud, the organization for gay conservatives I co-founded and led. (Yeah, that is the definition of anti-establishment outsider!)

The anti-gay, intolerant, culturally conservative establishment on the right had mounted a campaign, which included a boycott, to get GOProud barred as a sponsor of CPAC because we were a gay group. We fought that very public battle for more than two years, and it attracted a lot of media attention. At the height of that controversy, we decided that we wanted to do something that would help CPAC, to demonstrate that despite the anti-gay boycott, CPAC could be successful, even with a gay group as a sponsor. Trump had just begun to signal that he was considering getting in the race for the 2012 Republican presidential nomination, so we reached out through a mutual friend and coordinated an invitation for him to speak at the conference. He accepted.

It was a match made in heaven because our group was in the middle of a media firestorm, and he is of course, a media whore. We both benefited from the attention that our “partnership” garnered. He loved it because it brought attention to him and his potential candidacy, and we loved it because we could show that we helped bring attention to the conference. That was quite a day! I wrote about some of the behind-the-scenes stories with Trump that day in 2011 in my book, "No Hope: Why I Left the GOP (and You Should Too)."

GOProud ended up being banned from CPAC later that year because we were gay, and in time, I realized I couldn’t continue as part of the coalition on the right. I left the Republican Party and became politically independent in 2014 because the GOP is an untenable coalition that is dominated by culturally out of touch conservatives who reject our modern multicultural reality. Donald Trump is likely to win the Republican nomination because he is masterfully exploiting that sentiment in his party.

Trump employs fear and anger to pit Americans against each other based on ethnic heritage, religion, sexual orientation and other cultural characteristics. It’s attracting a lot of media attention, and it’s gaining him support among the culturally conservative Republican Party. Case in point, in the final days of the recent Iowa campaign, he pandered to the anti-gay Republicans there by saying he supported reversing last year’s Supreme Court ruling that made civil marriage legal for gay couples in all 50 states. That got him some headlines just like pretending to be a gay ally had done at CPAC in 2011.

At the end of the day, it’s all about him, not us. He is an egomaniac and a divider. He divides us to bring attention to himself, not to “make our country great again.” The politics of division produces a divided country, not a great one. Our unity around reform will be wasted if we elect a president or empower a party who divides us culturally.

The other candidate attracting reform-minded independents is Bernie Sanders, the independent socialist running for the Democratic nomination. He has certainly struck a nerve and fired up an army of voters by accurately defining many of the systemic problems facing our country, but his solutions aren’t realistic, and the political reality is that his socialist perspective is almost as politically divisive nationally as the cultural conservatives in the GOP are. That makes him unelectable.

One of them is unacceptable, and the other is unelectable. So who will New Hampshire independents vote for to to carry the mantle of our new reform-driven American unity?