"Let’s keep it on the issues," Sanders implores as he describes to the ladies how he plans to win going forward 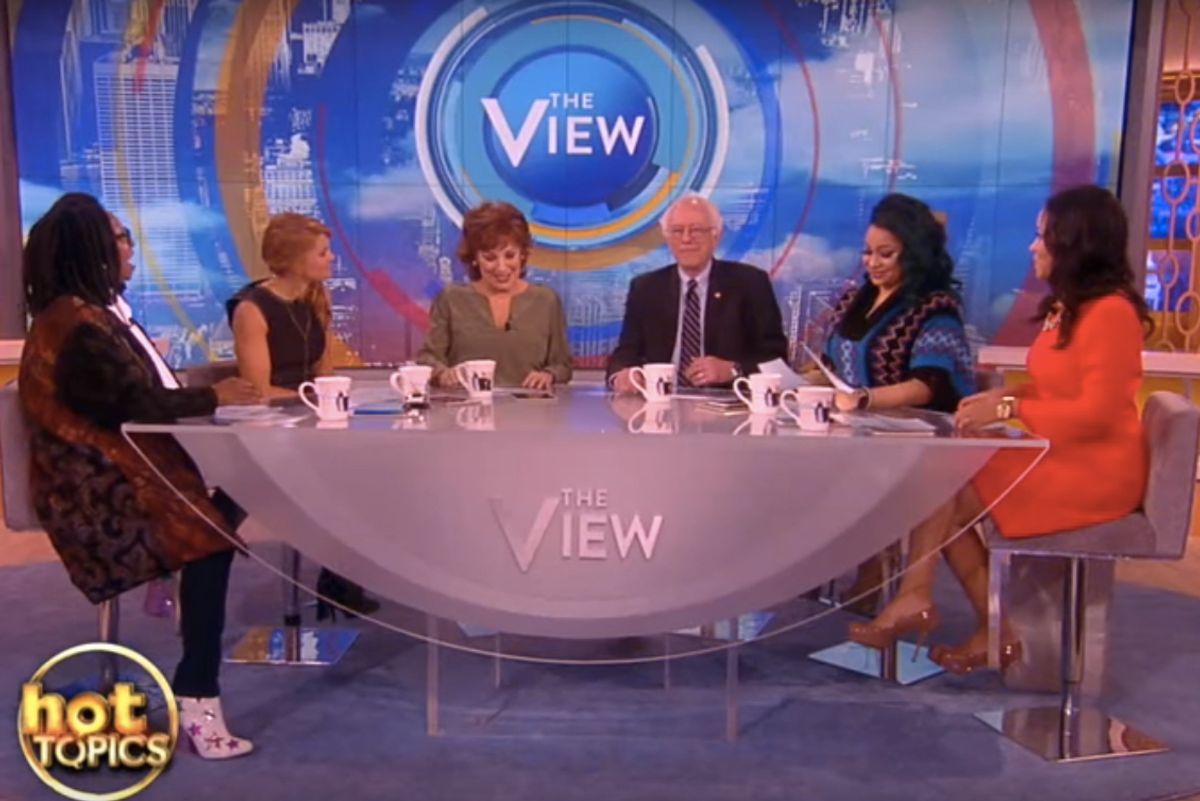 Taking a victory lap through New York City on Tuesday, Bernie Sanders met with Al Sharpton, visited his childhood Brooklyn apartment and stopped by ABC's "The View," where he tasted an ice cream made in his honor, played a round of hoops and explained how he is now "disappointed" with Bill Clinton's behavior on the campaign trail. Sanders, wearing the same tie and blazer he wore during his victory speech in New Hampshire the night before, tasted "Bernie's Yearning," the new Ben & Jerry's flavor honoring the Democratic presidential candidate on Wednesday. Last October, Ben Cohen of Ben & Jerry's told CNN that Sanders' ice cream would be mint flavored, and topped with a giant chocolate chip that "represents all the wealth that's gone to the top 1% of the population over the past 10 years."

.@BernieSanders has his own ice cream flavor, and he tries it for the first time on @TheView: "That's really good!"
https://t.co/YsYSSVKDBe

Sanders later got serious with the hosts when he discussed attacks he faced in the lead up to Tuesday's election.

"I was disappointed in President Clinton," Sanders said about the former president's behavior on the campaign trail. "I have known him for 25 years and I like him and I respect him and I hope that this campaign does not degenerate," Sanders said before being interrupted by co-host Joy Behar.

“When you’re making a revolution you can’t be too careful with the facts,” Clinton said in New Hampshire over the weekend, deriding Sanders’ call for a political revolution. The former president also complained that Sanders' online supporters often take to "vicious trolling" of his wife's female supporters.