Bill Maher blames Sarah Palin for Donald Trump's rise to the top of the Republican Party: "She was the immaculate mis­conception"

In a new interview, the HBO comedian also explains how Bernie Sanders can win in the South 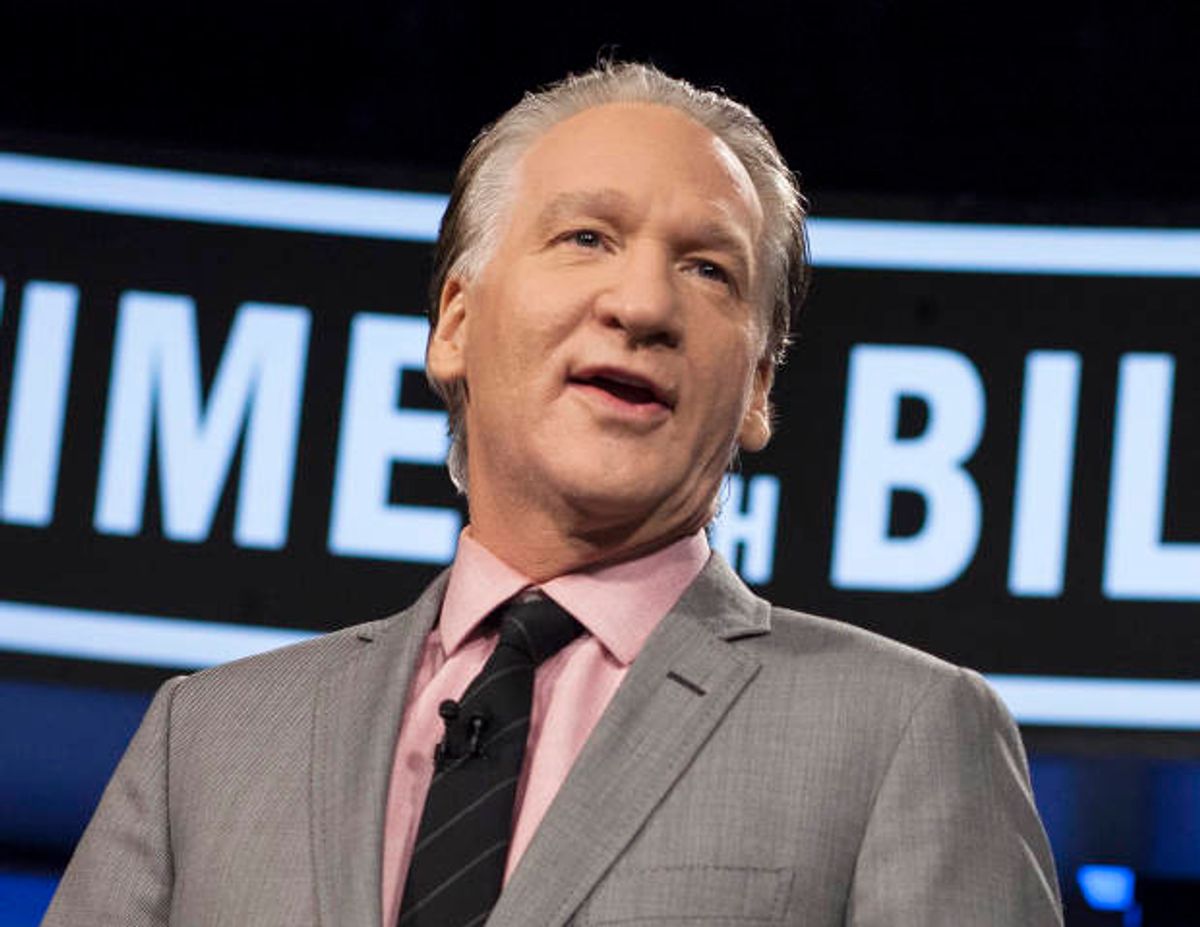 FILE - In this Jan. 25, 2013, file photo provided by HBO, Bill Maher hosts "Real Time with Bill Maher" in Los Angeles. The PBS series "Finding Your Roots" has discovered that political television's polar opposite Bills _ Maher and O'Reilly _ are distant cousins. The series, which had been put on hold following revelations that actor Ben Affleck sought to quash news that he had a slave-owning ancestor, begins its third season Jan. 5. The Maher-O'Reilly episode airs a week later. (AP Photo/HBO, Janet Van Ham, File) (AP)
--

Calling the 2016 presidential campaign a "Bill Maher election," the comedian and HBO host explained how Donald Trump and Bernie Sanders managed to upend the race in what he called a "year of new rules" in a new "Hollywood Reporter" interview out Wednesday.

"The younger generation is leading a movement to prize authenticity above all," Maher said, crediting millennials with both Trump's and Sanders' rise. Even in Hollywood, Maher said, "it's definitely cooler to be for Bernie; all the kids are doing it."

"I think all the enthusiasm that people wanted to have for Hillary Clinton — the first woman president! — they're having trouble mustering because of the way she campaigns and because Bernie is more exciting," Maher  said. The "Real Time" host first endorsed the Vermont senator back in October.

On "Jimmy Kimmel Live" Tuesday night, Maher explained that he liked Clinton but that he simply likes Sanders more. "Look, we've never had a leftist in my lifetime, a true leftist," Maher argued. "He is putting things on the table no one ever put on the table before."

In his THR interview, Maher expounded:

We haven't seen a true leftist since FDR, so many millions are coming out of the woodwork to vote for Bernie Sanders; he is the Occupy movement now come to life in the political arena. These are people who have sat out for a long time because the Democrats became a corporatist, center-right party and the Republicans became radically right (and, of course, just plain nuts in many ways).

But speaking with Kimmel, Maher wasn't too big on Sanders' chances in the southern primary states, noting that "he's a socialist Jew who is a hundred." Maher did add, however, that Sanders could benefit from being an unknown commodity. "You know what? People never knew they wanted an iPhone until they put it in the window and bought it."

Still, Maher insisted that even if Sanders fails to secure the nomination, Clinton remains a viable candidate for liberals to support, likening her to a second choice of chicken for an airplane flight meal.

"If you don't get the Democrat, the nearest abortion clinic would be in London," Maher warned.

"I'd kill myself," Maher responded when Kimmel pressed him to pick a Republican he could support for president. Maher said in THR that despite his over-the-top racist and xenophobic rhetoric Donald Trump is not actually the worst GOP candidate. "I am the first to say that political correctness is a curse — that's why I called my old show Politically Incorrect — and so I harbor a hint of admiration for Trump, absolutely," Maher explained. "I don't think he's the worst — I think Ted Cruz is the worst. Donald Trump can be talked to."

"The issue that bothers me the most with him is the environment," Maher said of Cruz. "He's on the standard Republican moron page of, 'It's a hoax, we don't need to do anything about it.' But let's face it — Trump is a starf—er. One White House dinner with Leonardo DiCaprio, the big celebrity environmentalist, is all it would take."

As for the Trump phenomenon specifically, Maher blames Sarah Palin. "All of this probably would not have been possible without Sarah Palin," he argued. "She got the country used to someone on the level of a car show spokesmodel being presidential timber."

"Trump may be their savior, but [Palin] was the immaculate mis­conception."

Read Maher's entire interview at The Hollywood Reporter where he tackles America's "ammosexuals," President Obama's legacy and explains how Hillary Clinton is the "Charlie Brown" of this election.