"Drown the bunnies": Mount St. Mary's president fires faculty for backlash against his "put a Glock to their heads" freshman retention plan

When universities are run like corporations, is it any wonder when CEO-presidents act with an iron fist? 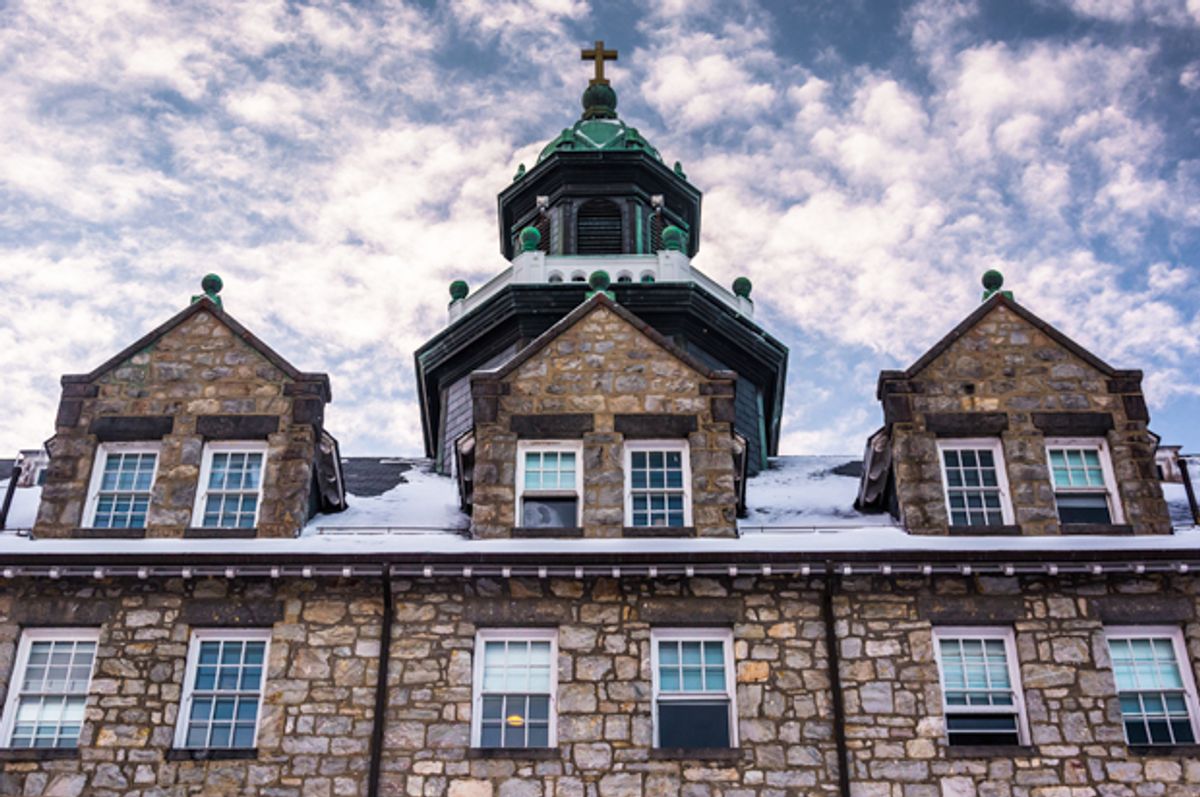 “This is hard for you because you think of the students as cuddly bunnies, but you can’t,” the president of Mount St. Mary’s University in Maryland said to a group of professors. “You just have to drown the bunnies … put a Glock to their heads.”

President Simon Newman’s plan to get rid of struggling freshman students from Mount St. Mary’s didn’t get him fired. Instead, with a full vote of confidence and the backing of the University Trustees, Newman turned on the faculty who publicly expressed their dismay with these views. In lieu of respecting due process, Newman fired Thane Naberhaus, a tenured professor of philosophy, along with Edward Egan, the faculty advisor for the student-run paper, The Mountain Echo, which had published Newman’s remarks. Newman also demoted the Provost, David Rehm, who thereby lost his administrative job but was kept on as a member of the philosophy faculty, as well as Joshua Hochschild, Dean of the College of Liberal Arts, who is also a philosopher. The reason for the demotions and terminations? “Disloyalty.”

Naberhaus has disputed that charge, arguing that he was acting to defend the ethics and values of an institution dedicated to higher learning. In a report appearing in The Washington Post, he asked rhetorically: “Who’s to determine what’s loyalty, and who’s to define that?...A lot of us have been likening this to North Korea. It’s like a police state.”

Today, news outlets report that North Korea has executed its Army chief of staff on catchall charges of “corruption.”

To be sure, Newman didn’t literally plan on executing students. Helpfully, the Board of Trustees clarified that the bunny-drowning-shooting thing was an “unfortunate metaphor.” He did, however, intend to push out the most vulnerable from campus, using a deceptive (and non-confidential) questionnaire that asked students if they’d felt “depressed,” like “a failure,” or “disliked” in the week since arriving Mount St. Mary’s. The responses would guide a pre-emptive dump of 20 to 25 freshmen before they would have to be recorded as dropouts. Various sources have noted that the president’s email stated:

"My short-term goal is to have 20-25 people leave by [September] 25th. This one thing will boost our retention 4-5 percent," the email says. Professors note that the president's goal wasn’t stated as providing better counseling or support services to 20-25 students, but having them leave.

This would be done with the explicit goal of raising the institution’s retention rates, one of the metrics used to rank them, which influences which students decide to apply, matriculate, and ultimately pay its private-school tuition rates. (The total current enrollment is around 2,300 students.)

To compare this small Catholic university to a secretive dictatorship is histrionic, but the feelings of fear running through the Mount St. Mary’s campus are no less real. “Speaking anonymously,” Inside Higher Ed reported, “professors said some faculty and support staff members were crying in various offices. With the firing of the provost and two faculty members--all of whom had disagreed with the president--people said they were scared. ‘It’s terrifying, and nobody is safe,’ said one faculty member.”

Faculty around the country have been profoundly alarmed by these series of events, with a protest petition having been signed by thousands of professors, and rising.  “Of particular concern,” the petition noted, “is that Prof. Egan was fired partly for actions taken in his role as faculty advisor to the university's student newspaper, which first broke the stories leading to the present controversy.” It also notes that Mount St. Mary's is a Catholic institution, and as such it is bound by the teachings that "charity always proceeds by way of respect for one’s neighbor and his conscience" (Catechism of the Catholic Church, par. 1789). Instead, the university has resorted to tactics of fear and intimidation, the goal being acquiescence and silence.

So much for respecting freedom of the press, the right to reasoned dissent, the imperative to seek out uncomfortable truths, or the ability to critique power without fear of (and being blamed for) retribution. Notably, three of the four professors that Newman targeted—Naberhaus, Hochschild, and Rehm--are philosophers by training. If any of the liberal arts could be said to be diametrically opposed to the corporate sensibility that Newman (a former hedge fund manager with no background in academia) and the Chairman of the Mount St. Mary’s Board of Trustees represents, it's the pursuit of philosophy, which has become the unlikely bulwark against the steady creep of corporatism in the 21st century. And if the bunny-killing metaphor was violent and abrupt, especially in the context of a faculty meeting at a small Catholic institution, you can be sure that philosophers know the difference between a man who speaks with politically-incorrect bluntness, and a president making sweeping political changes with a blunt instrument. What really bothers the faculty is what the metaphor represents: an authoritarian mono-culture being implemented at a school being run like a corporation. "He apologized for the language, but not the plan," one Mount St. Mary’s professor is quoted as having said.

Controversy notwithstanding, the plan is still being implemented. Meanwhile, A parody Twitter account (@prezidentnewman) has sprung up mocking Newman’s approach, as has the hashtag, #WeAreAllBunnies. But the very fact that this kind of punitive administrative behavior is becoming more, not less common, it may soon be the case that the phrase “the rabbit has died” will forever be changed of its meaning.