"Gilmore Girls" town troubadour Grant-Lee Phillips will return to Stars Hollow: "It was such a subversive show" 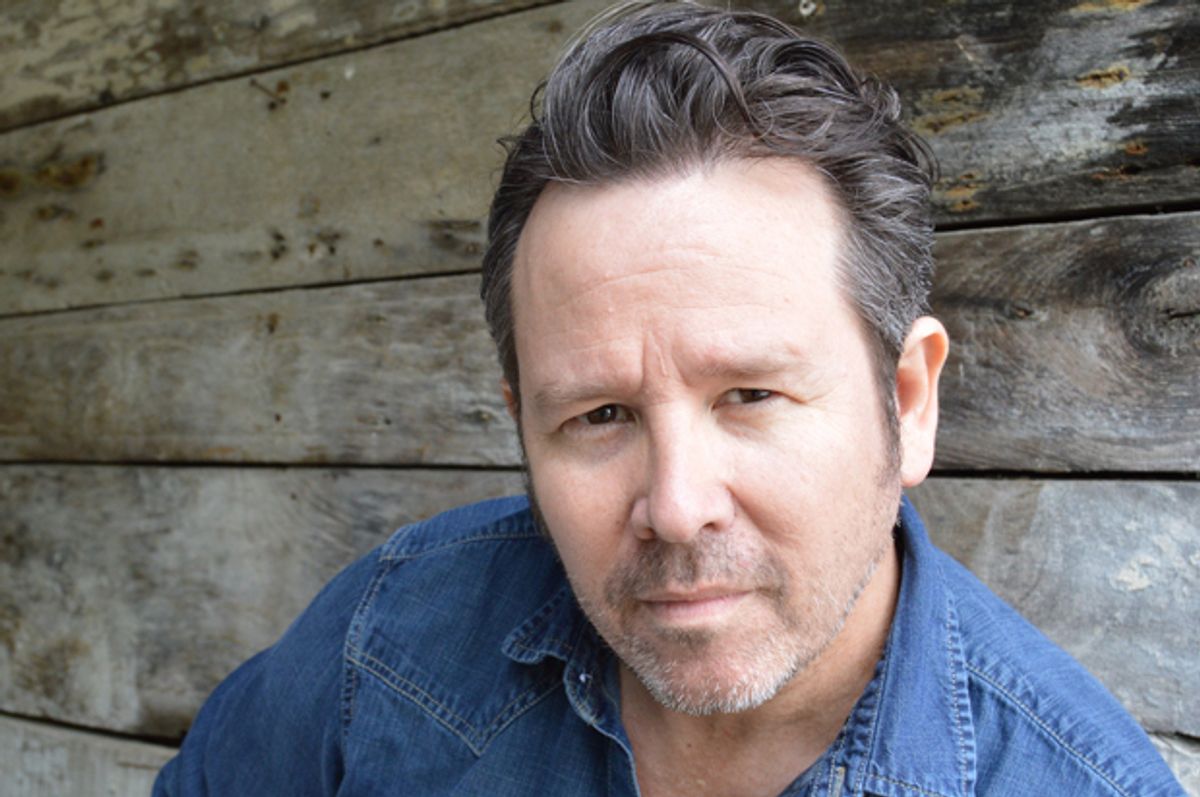 To many '90s music fans, Grant-Lee Phillips was notable for being the frontman of Grant Lee Buffalo, who toured with acts such as R.E.M. and Pearl Jam and released four records full of thoughtful, intelligent rock, folk and Americana. To an entirely new generation of pop culture fanatics, however, Phillips is best known simply as Grant, the town troubadour in "Gilmore Girls." The musician appeared sporadically throughout all seven seasons of the show's original run, acoustic guitar firmly in hand and a microphone always at the ready in a harmonica holder.

Neither snow nor cold weather kept him from making Stars Hollow a more musical or enlightened place to live, in fact: As characters such as Lorelai (Lauren Graham) and Rory Gilmore (Alexis Bledel) walked around the town, Phillips was frequently seen playing snippets of his solo work, covers (e.g., Wham!'s "Wake Me Up Before You Go-Go," Beach Boys' "Be True To Your School") and Grant Lee Buffalo songs. It's safe to say there are no minor characters in the "Gilmore Girls" universe—and so despite only making occasional appearances, Phillips' troubadour character is as beloved as the rest of the quirky denizens of Stars Hollow.

Earlier today, Salon hopped on the phone to talk to Phillips about his lovely new solo album, "The Narrows" (coming via Yep Roc on March 18). That conversation will be coming soon. But at one point, the talk naturally turned to the "Gilmore Girls" reboot and the burning question from fans: Will he be reprising his role as the troubadour, a role he jokes involved such moves as "leaning against the lamp pole or an old oak tree"? Phillips cleared up that question, and reminisced about what made "Gilmore Girls" such a great show.

Have you been asked to be part of the "Gilmore Girls" reboot?

I think it's looking very likely that the town troubadour will return to Stars Hollow before long. That's the word on the street, anyhow.

What sort of impact has playing that character had on you as a musician and on your career?

It's wild. When I first started appearing on that show, I couldn't really get a sense of how it would impact my notoriety, my profile. But what I have experienced is there's a younger crowd especially—and this exists all over the world where I tour—they have discovered me through the "Gilmore Girls." They show up to my gig in Hamburg with their "Gilmore" DVDs. I think it's quite amazing. I don't know how else they would have discovered me otherwise, because this particular generation would've been too young to have seen the videos on MTV or heard the band on the radio. I mean, they might hear me on the radio now, but I feel like my career kind of exists despite the state of radio. It's not really what it's all about for me, these days. I'm very grateful for "Gilmore Girls," and the fact it's turned on a whole new generation to my stuff.

Well, what I have found in the world of television, is that you'll know for sure when I move across your screen. [Laughs.] You can always be cut out of the thing. But I'm planning on making a trip to L.A. in the next number of weeks to begin production. That seems like a positive confirmation. After a good solid run of, what, six or seven seasons being a character on the show, I think it's incredible that they're bringing it back in this capacity. I'm excited to be a part of it.

Oh, you were? Very cool. I always felt like it was such a subversive show in some ways, if you really slow the dialogue down and you take in all of the wry references you're hearing, it's pretty wild. And the musical references, the inclusion of Sonic Youth and Sparks and all these groundbreaking bands. What other show does that? [Laughs.] I can't think of any.

It was so smart, and it was snappy and intelligent. You had to keep up and be like, "What did they say?" I like shows were you have to basically sit there and say, "I need to look up that reference."

The scripts would often arrive the night before—sometimes they would arrive that morning, the current draft. And it was often like a phone book, a lot thicker than your standard script because it was so dialogue-intensive. I don't know how those actors did it, really, Lauren [Graham] and Alexis [Bledel]. They'd have to learn those lines, like, spit 'em out. I don't know—I guess that's why actors are called actors. But I was always mesmerized by that. They'd be in makeup getting their new lines at five in the morning.

That makes me respect the show even more.

For me, the challenge was when I had to strum a little slower—and walk a little faster. That involves good coordination. That was my challenge: walking faster, strumming a little slower.

Relive the Stars Hollow magic with this supercut of all GLP's appearances on "Gilmore Girls":