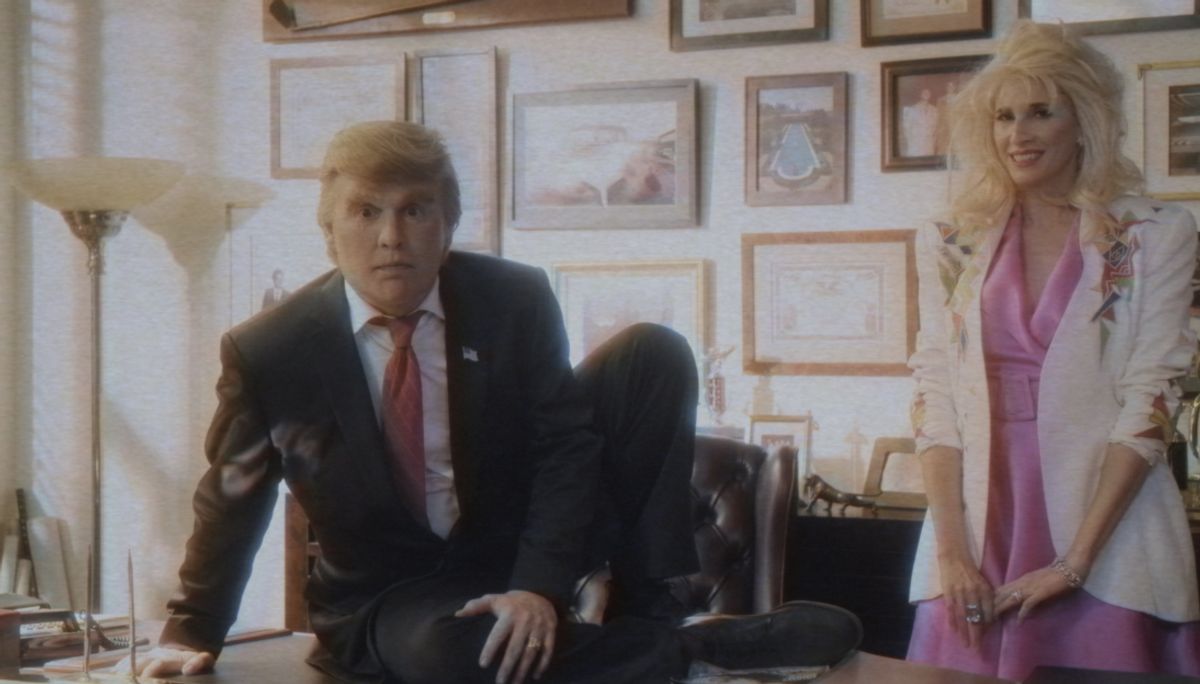 Without warning the creators of Funny or Die welcomed Donald Trump's first place finish in New Hampshire with the release of a new 50-minute film starring Johnny Depp as Trump.

"With Donald Trump somehow still in prime-position to become the next President of the United States, Funny Or Die has released what might end up being the most politically important film in American history," reads Funny or Die's statement.

“Funny or Die Presents Donald Trump’s The Art of the Deal: The Movie,” is a comedic take on Trump's bestselling 1987 book. Meant to air originally in the 1980s as a one hour television special, Trump supposedly buried the film in anger after being preempted by Monday night football.

“Hi, I’m Ron Howard, and you can probably guess that I love film,” director Ron Howard introduces the long lost film supposedly unearthed at a "yard sale outside of Phoenix, Arizona."

Depp as Trump is the film's writer-producer-director-star and sets up the film by recalling the first time he saw an image of the Taj Mahal on his 10th birthday, calling the mausoleum "easily the classiest thing ever built by a Muslim."

"It changed my life," Depp as Trump declares, explaining that on that day he set forth to buy his own Taj Mahal. How Trump wrestled ownership of the Atlantic City casino from Merv Griffin is the storyline for Funny or Die's "The Art of the Deal: The Movie.”

Watch the Art of the Deal trailer below or the entire film over at Funny or Die: