"A little tipsy, dancing naked on her big bed, as adorable as she is sexy": These script introductions to female characters are terrible and hilarious

A film producer is tweeting the clumsy, absurd first looks at women in scripts — all renamed "JANE" 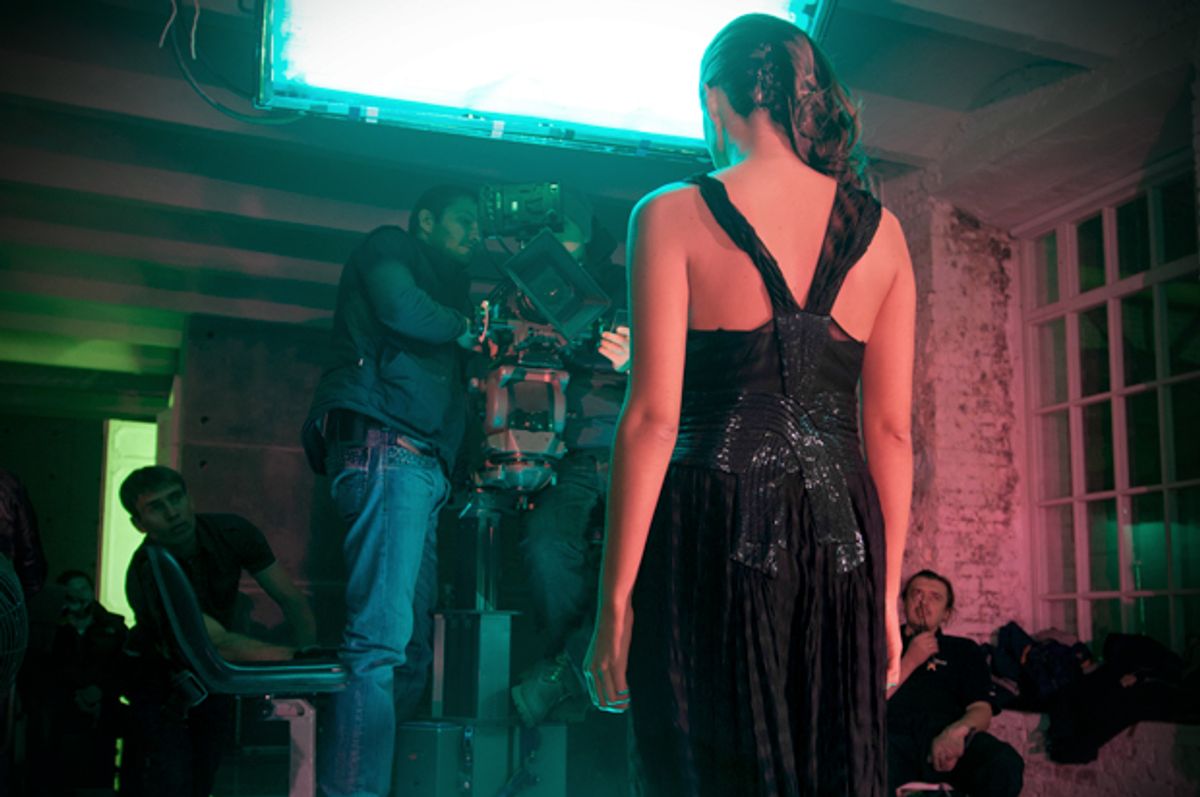 Jane, Jane, Jane. She is omnipresent yet faceless, this Jane. Sometimes she’s cooking, other times she’s lounging. No matter where she goes, her beauty attracts attention. Who is this lovely creature? Is she the heroine of Patty Park’s novel, Re: Jane? The author of “Pride and Prejudice” before Quirk Books added Zombies? Well, yes, but she’s also the star of a new twitter feed run by producer Ross Putnam (@femscriptintros), who decided to bring some light into the world by posting the “bad” introductory descriptions of female leads in scripts that he’s reading. He changed their names to “Jane” in order to prevent the screenwriters from knowing which description he’s quoting, but it also makes the point that the female leads are pretty much interchangeable.

The name, Jane, is the linguistic equivalent of a  traditional Barbie. Though you can dress her up in different outfits—paramedic Barbie! microbiologist Barbie! homemaker Barbie!—the clothes don’t alter the fact of her essential plastic Barbie-ness. So it is with Jane. With droning predictability, she is “smokin’ hot” and frequently naked, all the better to reveal her “long-limbed” sexiness.

Even when I put on my novelist cap and write up a female character with all the visual details an ex-painter can muster, going straight to “boobalicious trollop” is not how my imagination works. But I don’t think of men in terms of their hotness level either. I start by asking what kinds of worlds inhabit their minds-- and from there, who minds those worlds.

This is where good stories begin. Not “tipsy, dancing naked on her big bed, as adorable as she is sexy.”

Here’s another “Jane” that Putnam tweeted: “The woman with strawberry blonde hair. Her eyes are chocolate brown. Her ruby red lips break into a grin. This is JANE.” The description could be straight from Heben Nigatu’s hilarious piece, “If White Characters Were Described like People of Color in Literature.” (My favorite: “She was transfixed by the gleam of his uncooked chicken breast skin. So raw, so lumpy.”) Using food to describe characters is a great writing no-no, and it sounds just as silly if used for a strawberry-blond, chocolate-eyed JOE.

So are the Janes written this way due to sexism, habit, or intellectual laziness? Given that hetero men are apparently capable of sexualizing any female that wander into their gaze, including unsuspecting contestants on nice, wholesome game shows like Jeopardy, I would think that all you’d need to do is indicate that the character is a woman, and the “sexy” part goes without saying. Why waste words and, for that matter, Ross Putnam’s time, when the one thing that’s indisputable after scanning his tweets is that he reads a lot of scripts?

When men are doing the screenwriting, and men are reading the scripts, I don't know if a story with an unprepossessing female heroine of color would ever make it out of the slush pile. Consider the bleakness of these Tumblrs dedicated to casting calls for women to see how these roles play out for working actresses. And also consider this: even Mattel figured out that old Barbie had run her course, and recently decided to “evolve” her to better fit the market needs and demands of the global 21st century. Barbie is now round, brown, tall, short, and many shapes, races, and sizes. Stick-thin and blandly generic, Jane is already behind the curve.