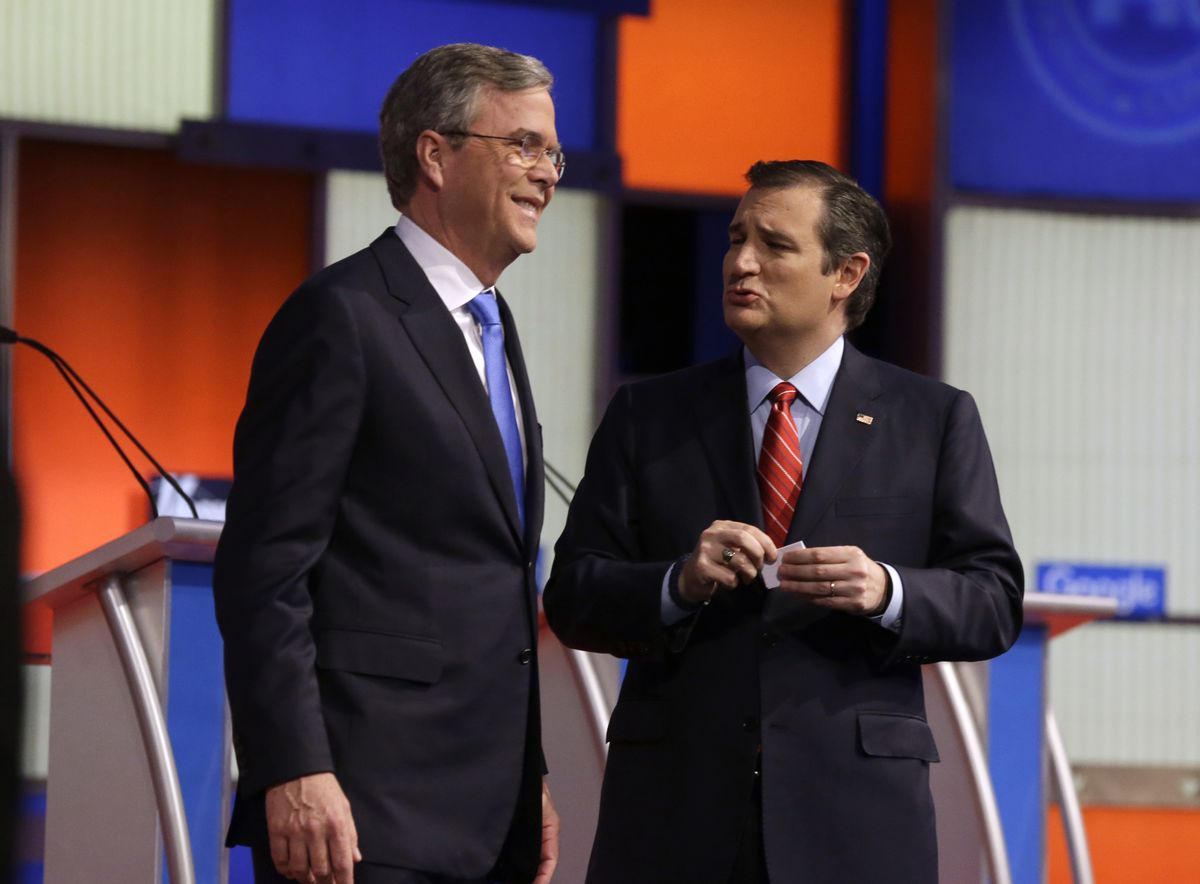 Former Florida Governor Jeb Bush and current Texas Senator Ted Cruz both appeared on "The Kelly File" Wednesday night to pitch their cases for why they will be the next Republican nominee for president of the United States -- and they couldn't have done so in more distinct fashions.

Bush touted his family's experience in the Oval Office, discussing why he believed it was time for his older brother to enter the electoral fray. Now "is the proper time for my brother to express his support for my candidacy [because] he's pretty popular down here in South Carolina," and "I'm expecting that people will appreciate seeing him and they certainly like the ad" featuring him.

Host Megyn Kelly noted that despite front-runner Donald Trump's claim that the George W. Bush presidency was a "disaster," seventy-seven percent of Republicans have a favorable opinion of the former Commander-in-Chief. "If Donald Trump wants to go after my brother, man, I think that won't be helpful," the younger Bush added. Trump "isn't a conservative -- he's someone who tries to insult his way to the nomination. He's a great entertainer."

Cruz had a slightly different assessment of the situation on the ground in South Carolina, suggesting that no amount of brotherly love will be enough to get Bush back into what is now a "two-man race" between himself and Donald Trump.

He did, however, agree with Bush's notion that Trump's not a true conservative. "If conservatives continue to unite, that's how we're going to win the nomination and also the general [election]." He attacked Trump for his past support of partial birth abortions, and his backing of the president's Wall Street bailout, which he believes was an unnecessary government intervention into the free market.

Watch the entire interview with Cruz below via Fox News.