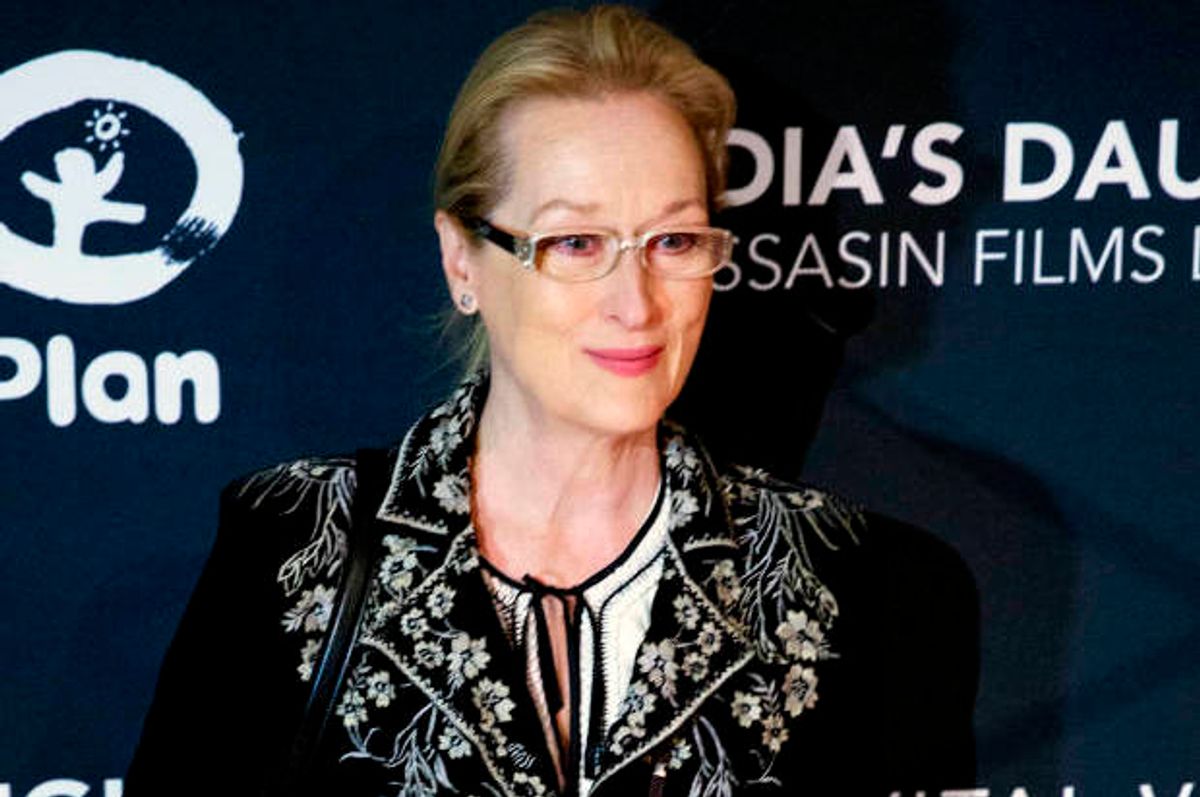 “This jury is evidence that at least women are included and in fact dominate this jury, and that's an unusual situation in bodies of people who make decisions,” Streep added.

This is not the first time Streep has caught flak for racial insensitivity disguised as feminism. Last October, Streep and fellow “Sufragette” stars were featured donning “I’d rather be a rebel than a slave” shirts on the cover of Time Out London.