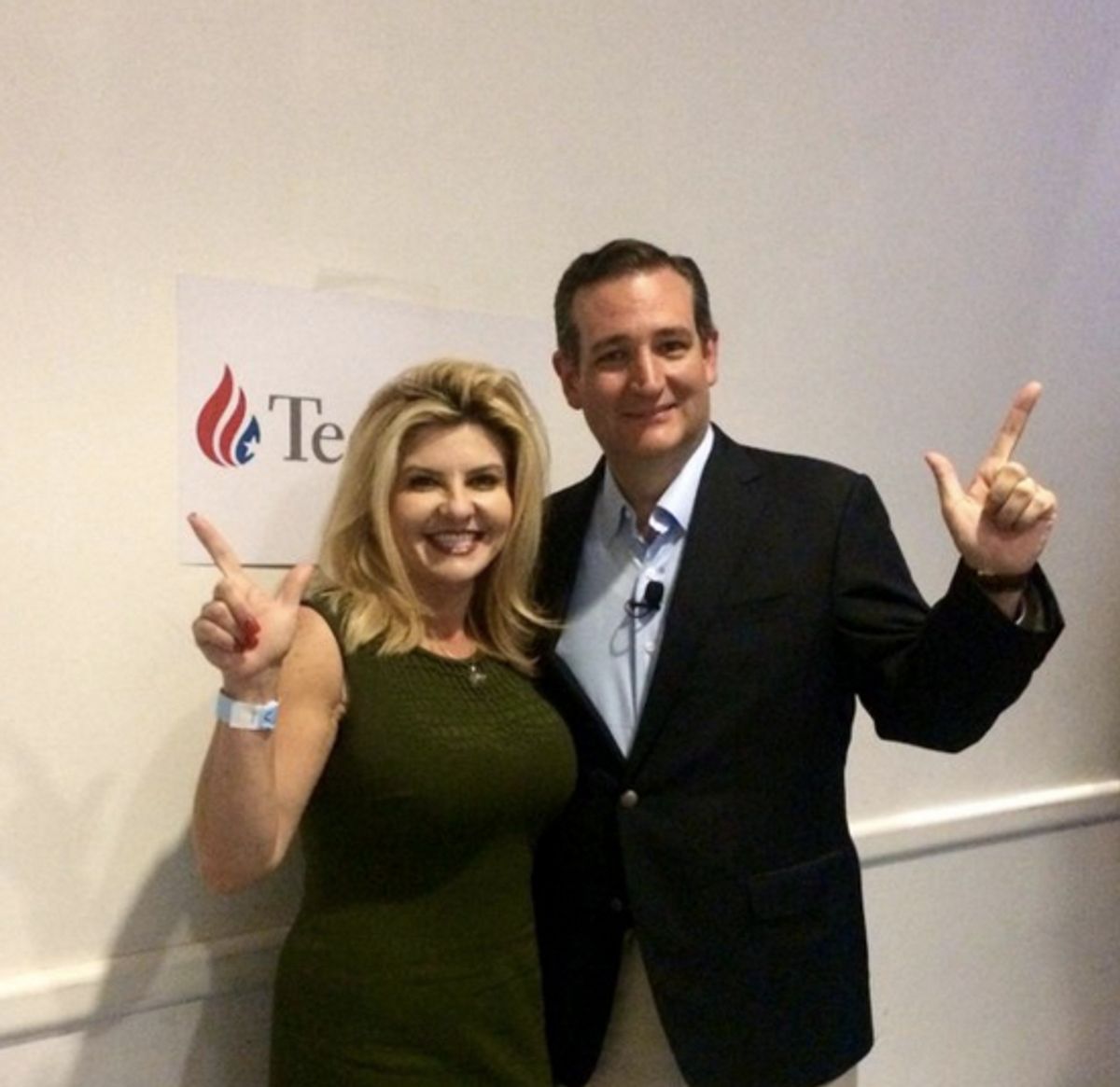 You've heard of Michele Fiore before. If you recall, she is the Nevada assemblywoman whose Christmas cards grabbed national headlines last year for depicting her entire family strapped with firearms on their sides and babies in their arms. But on Wednesday night, thousands heard from the right-wing lawmaker as she served as the lead negotiator during a bizarre, live-streamed standoff to extract the last remaining holdouts from Oregon's Malheur National Wildlife Refuge.

Yes, that nonsense is still happening. On Wednesday, there remained four occupiers: Sean and Sandy Anderson of Riggins, Idaho, Jeff Banta of Elko, Nevada and David Fry, of Ohio. Last month, Ammon Bundy, the group's leader, was arrested after a deadly FBI standoff that ended in the death of another occupier, LaVoy Finicum.

On Wednesday, the 40th day of the militia's occupation, the FBI decided to move. Fiore traveled to Portland on Wednesday to aid the holdouts and stayed on the phone with the militiamen while she apparently drove to meet them in Burns, Oregon. In a marathon four hour phone call that was live-streamed to upwards of 65,000 listeners at one point, Fiore, who spent time at Cliven Bundy’s Nevada ranch during the family’s standoff with the Bureau of Land Management in 2014, urged the anxious occupiers to remain calm:

.@OPB has confirmed the stream from the camp is accurate. pic.twitter.com/KwveRxkyYx

Liberty University president Franklin Graham also traveled to Oregon to assist the right-wing occupiers, as did Cliven Bundy, who was promptly arrested upon arrival at the Portland airport on weapons and conspiracy charges:

I have been talking with the last four holdouts in the #Oregonstandoff at the Malheur National Wildlife Refuge every day...

“I need you to stay alive. The only way we’re going to be able to write your story and write your book is if you stay alive,” Fiore said to the occupiers on the phone during the standoff. “There’s been one martyr too many.”

“We're not surrendering, we're turning ourselves in. It's going against everything we believe in,” Sandy Anderson defiantly declared. So, Fiore apparently brokered a surrender anyway, under which the four remaining occupiers would turn themselves in at a checkpoint with Fiore and Graham Thursday morning, in front of the media.

The live-stream of the negotiations revealed the deep paranoia that's beset the downtrodden group:

So what is Ted Cruz's connection to this whole sordid, right-wing debacle? Fiore is Cruz's biggest supporter in Nevada, which holds its caucus later this month. The Cruz campaign lists Fiore as a top member of his Nevada Leadership Team. “I am excited to have the support of such a terrific group of courageous conservatives in the State of Nevada," Cruz said, announcing Fiore's addition.

Unlike Fiore, however, in January, Cruz called for the occupiers to "stand down peaceably":

.@tedcruz urges stand down in Oregon by those who have overtaken refuge headquarters pic.twitter.com/Q0z2I8TD8e — Vaughn Hillyard (@VaughnHillyard) January 4, 2016