Wingnuts have a death-grip on Congress: Why Paul Ryan can't control the House GOP

With budget negotiations on the horizon, the Republicans' right flank is digging in its heels yet again 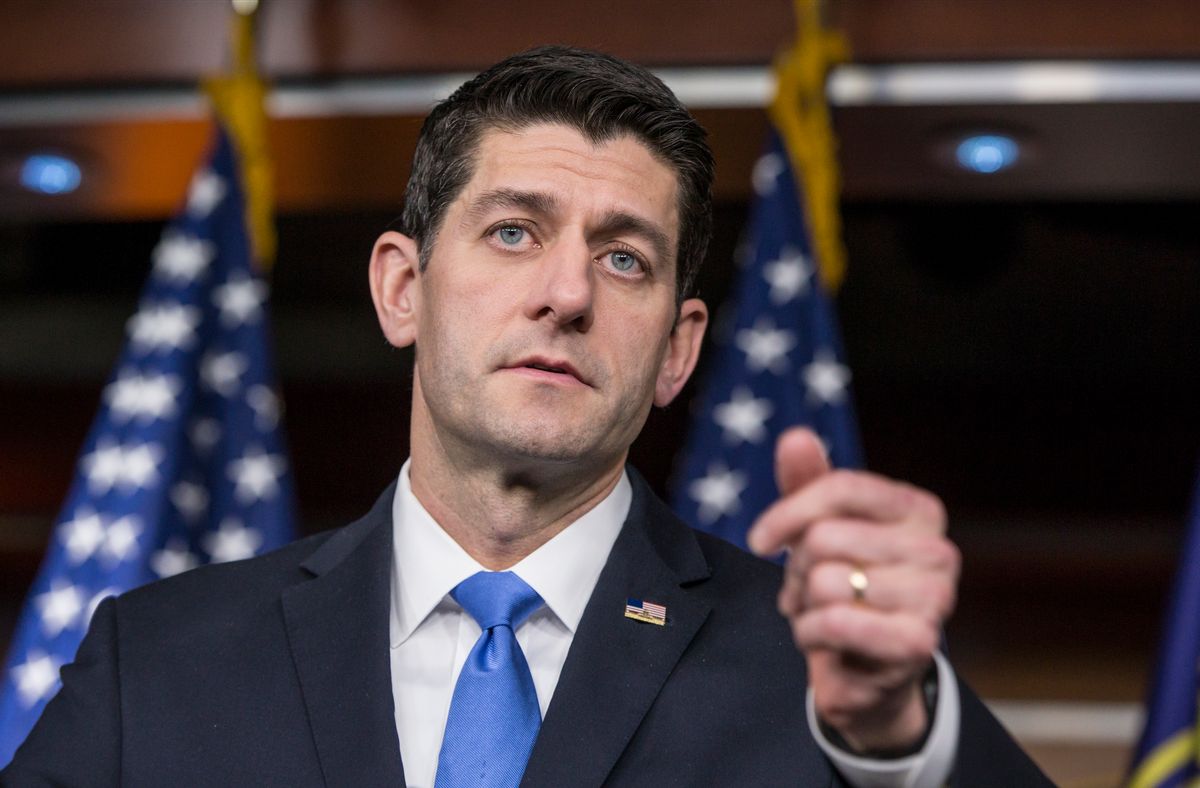 Remember last fall, when pundits and politicians were trying to talk themselves into Paul Ryan as Speaker of the House because he would lay down the law with the hard-right wing of the Republican caucus? When he was the man who could bring some much-needed order to the ranks? Who could maybe end this habit of careening from crisis to crisis that Congress has fallen into because the two parties are unable to agree on anything, down to whether toilet paper should be rolled over or under in Capitol Hill bathrooms, let alone a budget to fund the basic functions of government?

“The release of President Obama’s eighth and final budget on Tuesday has forced into the open the seething tensions that never really went away after a spending agreement was reached last year, in part to ease Mr. Ryan’s transition into the speaker’s suite.

That deal set spending until the end of October of this year, at levels that the president adhered to and Senate Republicans hope to make stick. But a core group of House Republicans who gave Mr. Ryan a pass back then now say they want to toss those numbers out like so much flotsam and pass their own budget with far tighter spending restrictions.”

That “core group of House Republicans” is the House Freedom Caucus, the band of 40 or so feral meerkats who did much of the heavy lifting in driving John Boehner into retirement. But they aren’t the only Republicans who look like infants here. Rep. Tom Price (R-GA) and Sen. Mike Enzi (R-WY), the chairs of the House and Senate Budget Committees, last week announced they will not even let the director of the Office of Management and Budget present the proposed budget to the Congress. This practice is a common courtesy extended to presidential administrations for the last 40 years or so.

No one would expect any Congress to rubber-stamp a president’s budget proposal, of course. Not even if the same party controlled both chambers and the White House. But what’s notable here is this quote from one member of the Freedom Caucus:

“If we are going to pass a Republican budget, it should reflect Republican ideals,” said Representative Mick Mulvaney, Republican of South Carolina and a member of the Freedom Caucus that is leading this charge. “That means lower spending.”

Right, except you’re not passing a Republican budget any more than President Obama expects you to pass a Democratic budget. The president’s proposal is the opening to a negotiation, to be hashed out between two parties. Is anyone available who can explain the job of legislating to these legislators?

But like so many other legislative norms that the Republicans in Congress have tossed out the window during the Obama era, the practice of two co-equal branches of government openly and fairly debating genuine issues that will affect the American people has been given the heave-ho. Yet I’d bet cash money some of these legislators like Mulvaney and Price are also just astonished that bullying idiot Donald Trump is stomping their party’s candidates for the Republican nomination.

Paul Ryan knows how this is supposed to work. He was, after all, the ranking Republican member of the House Budget Committee for the four years the Democrats controlled the House from 2007 to 2011. Then, when the GOP regained the majority in the chamber, he chaired the committee for another four years, until 2015. If anyone in the House knows how the budget sausage gets made, knows all the little compromises over appropriations levels and priorities that go into funding the government, it’s Ryan.

But as part of his deal to earn his Republican colleagues’ votes for Speaker, Ryan devolved a fair amount of power for setting legislative agendas back to the committee chairmen. This took away one of the tools that past Speakers like Boehner could use as leverage to get bills they favored taken up by individual committees. With that gone, a weak Speaker is practically a helpless bystander to this sort of spectacle. Sure, maybe he can still yank the chairmanship away from Price, but that will just raise howls of protest from the other chairs who thought they had freedom to run things as they see fit. And though Price isn’t a member of the Freedom Caucus, you can bet that group approves of what he’s doing. If Ryan punishes him, he gets an even louder revolt on his right flank, in the middle of an election year.

But beyond all this inside-baseball stuff is a point that many pundits have hammered on over and over during the primary campaign. Which is that this partisan infection of the House is not going away after the 2016 election, or even after 2018 and likely not until sometime after the next census in 2020, if it happens at all. So even if Democrats still hold the White House next year, either Bernie Sanders or Hillary Clinton will spend much of his or her time negotiating and fighting these budget fights just to keep the government’s lights on, let alone pushing through major changes to healthcare or financial industry regulations.

Plus, there’s a good chance he or she will be saddled with Paul Ryan as Speaker, and he’s about as solid as helium. By the end of 2017, we may all be longing for the halcyon days when John Boehner ran things.