Clinton on the offensive: Sanders needs "to level with the people" about the cost of his programs

She didn't call him a liar outright, but she might as well have 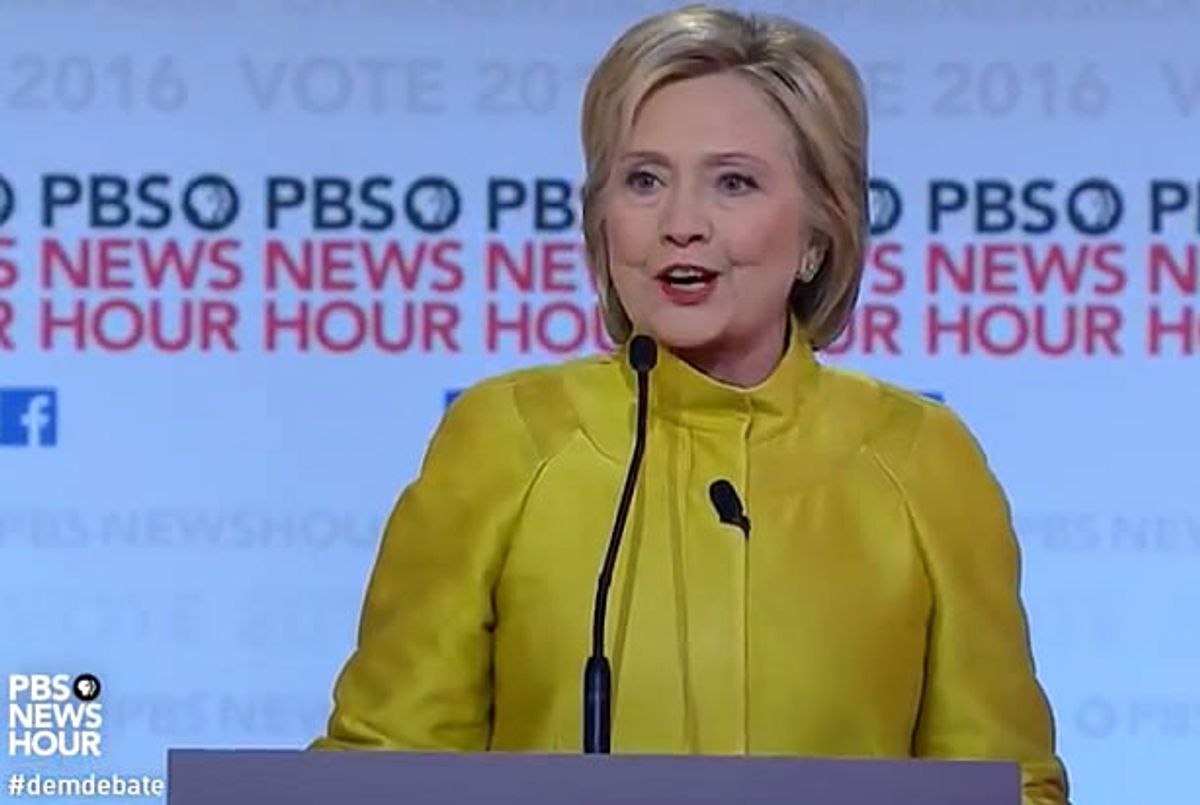 "You need to level with people," she told Sanders, "many people will be worse-off."

"I don't know what economists you've spoken to," Sanders replied, but that's not what would happen if his expansion of Obamacare was accomplished. Clinton boasted that her proposals are far more specific than any of Sanders' and that he's simply frightening Americans with his socialistic policies.

"We should not make promises we can't keep," she added. When host Gwen Ifall noted that she hadn't heard either candidate put a price tag on their healthcare system, to which Clinton replied hers would cost about $100 million.

Sanders said that every proposal he's introduced would be paid for by the closing the same loopholes that Clinton says she will close -- what he's been calling a "Wall Street speculation tax."