Sign of a broken system: Bernie's biggest problem may not be Hillary Clinton — it's the anti-democratic superdelegates in her corner

Superdelegates are a last-ditch measure to give the establishment final say in elections, and that's bad for Bernie 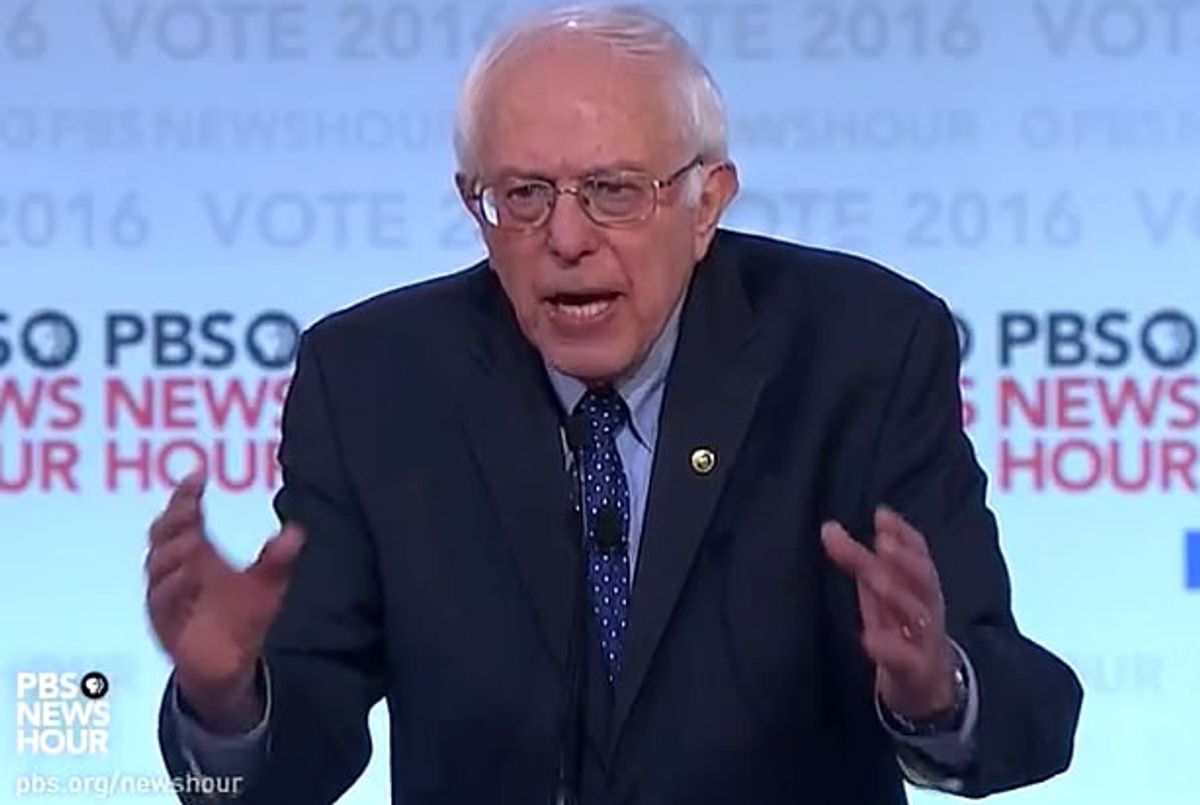 Bernie Sanders's path to the Democratic nomination is fraught with obstacles. The most obvious of which is Hillary Clinton and the political machine backing her. Another is the turnout problem. As Sanders himself acknowledges, his only shot at winning this race is to bring large numbers of new voters – particularly young voters – into the process. This is typically a risky proposition.

Young voters are enthusiastic, and they respond well to inspirational campaigns like Bernie's, but historically they don't show up to vote. The numbers are depressing. In the 2014 midterm elections, only 21 percent (roughly 10 million) of Millennials voted. In the 2012 presidential election, only 26 percent made it to the polls on election day.

Sanders has sparked a movement. But so far his “revolution” has not brought as many new voters to the poll as you'd expect. It's still very early in the process, but the numbers in Iowa and New Hampshire are somewhat discouraging. Democratic turnout in both states was down from 2008. According to a NBC news report, “New participants made up 44% of the electorate in this year's Democratic contest in Iowa, down from 57% eight years ago. In New Hampshire, newcomvers participated at about the same rate as in 2008.” For Bernie to have any chance at upsetting Clinton, these numbers will have to change dramatically in future primaries.

A third problem for Sanders, one that will doubtless receive more attention as this race unfolds, are the mythical superdelegates. For the unfamiliar, superdelegates are a separate category of delegates, the kind that has nothing to do with actual voters. These “superdelegates” consist of party elites in each state who can support any candidate they like, regardless of the popular vote. The superdelegate is a decidedly anti-democratic invention of the Democratic Party, created in response to the chaotic convention in 1980 in which Ted Kennedy challenged President Carter for the nomination.

The idea was to ensure that in the event the voters' preferences were unclear or – more honestly – wrong, party insiders could step in at the last minute and install their preferred candidate. In truth, the superdelegates are a last-ditch measure designed to give the establishment final say over who the nominee is. And that's why the superdelegates are a big problem for Sanders.

The Clintons have immense influence within the Democratic establishment, and for obvious reasons. This influence is reflected in her overwhelming support among superdelegates. Sanders, for example, won New Hampshire by 22 points, a massive victory. But you wouldn't know that by glancing at the delegate scoreboard. Thanks to superdelegates, Sanders and Clinton walked away from New Hampshire with 15 delegates each, with two delegates still undecided.

And Sanders' delegate problem only gets worse from here. An NBC news report explains:

“Clinton has endorsements from more than 360 Democratic superdelegates, versus eight for Sanders. According to our back-of-envelope math, that means Sanders must win 54% of the remaining delegates to get to the magic number of 2,382 delegates to clinch the nomination., while Clinton needs to win just 46%. That is a huge advantage, especially when you consider that the 2008 Democratic delegate race between Barack Obama and Clinton was essentially a 52%-48% affair.”

The caveat to this, as NBC notes, is that the pressure on those superdelegates to switch will be considerable if Sanders manages to win the popular vote in their respective states. But there's no guarantee of that, which highlights just how absurd and undemocratic this process is. When Clinton supporters insist the electoral math favors her, this is part of the reason why. And it's also the reason Sanders supporters aren't wrong when they say the establishment is in the tank for Clinton.

None of this will matter in the end if Sanders can't get enough people to the polls. If he does, however, and this race is neck and neck at the convention, the superdelegate problem will be enormous for the party.