"Vinyl" falls short: Too many cooks and too much noise override the spirit of the era 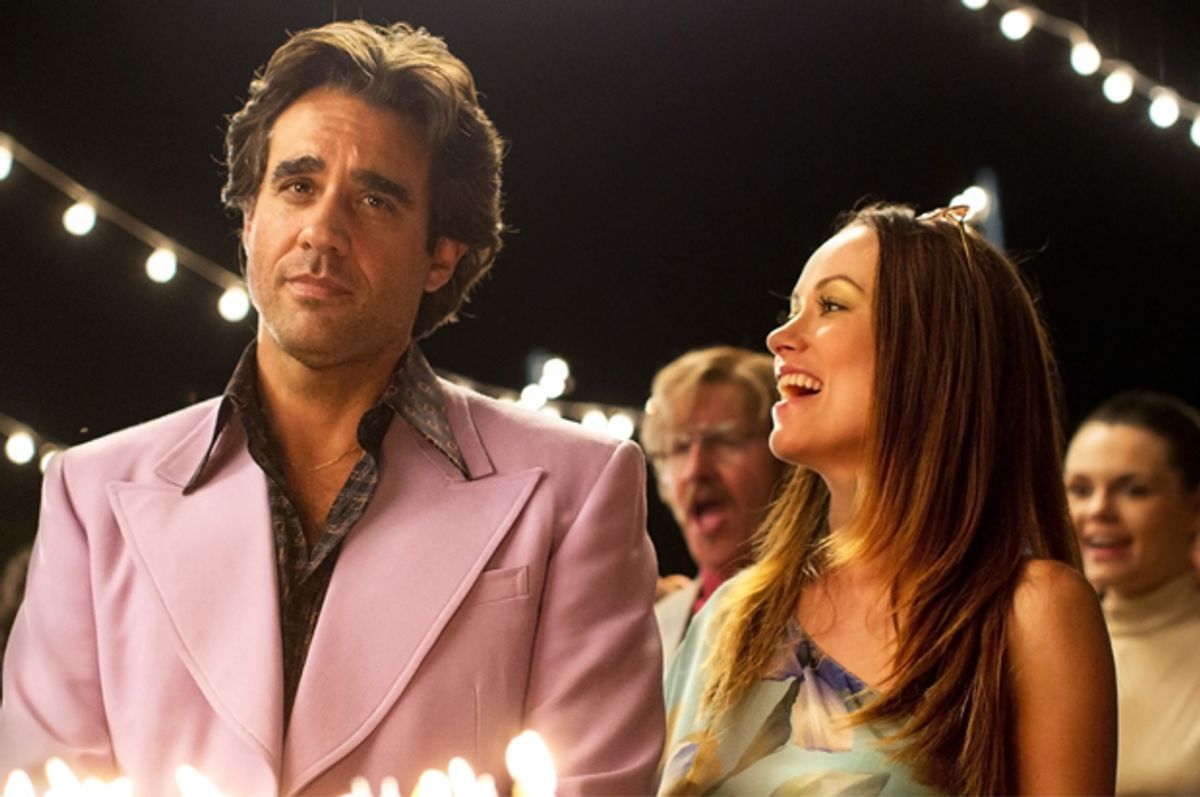 The first thing that’s wrong about “Vinyl,” HBO’s new drama about the music industry in the ‘70s, is that the music doesn’t feel important. The two-hour premiere debuting Sunday night pivots around an underground rock show in the Mercer Arts Center—a location, if you know your music venue history, that was both the home of some of New York’s first proto-punk concerts and collapsed with no warning in the summer of 1973. As is to be expected from a pilot that is filmed by Martin Scorsese, it’s a beautiful concert—crowded, electric, dynamic. Scorsese singles out moments for slow motion gyration, and puts lead Richie (Bobby Cannavale) in the center, somewhere between cocaine-fueled blowout and music-driven ecstasy.

But it feels detached from what makes music powerful, which is so much more than spectacle and noise. “Vinyl” is curious about what has brought these hordes of young people to the concert, and so is Richie, the record label exec who is just about beginning to be washed-up. But the show concludes, through an impersonal rummaging through the shadowy basement and darkened corners of the venue, that the people are there for exotic release, whether that is dressing up in drag, getting a blow job at the bottom of the stairs, or running around topless, smeared with glitter. It’s surface-level, and maybe an expression of the long-repressed id of the American populace, which is part of the story of “Vinyl’s" predecessor “Mad Men.” But it feels empty; the concert, depicted as magnetically drawing Richie, from snorting cocaine in his car, and a swath of kids from lower Manhattan, doesn’t have the intimacy and power of any iteration of rock ‘n’ roll, whether that’s Elvis Presley or the New York Dolls. “Vinyl” should be about music as a galvanizing force—the animating force of a still-glorified subculture, the rock scene of the ‘70s. Instead music feels like a tacked-on element of the show, a byproduct of the drugs and sex and glitter.

It’s strange, coming from Scorsese, who has excelled at combining filmmaking with music. But in “Vinyl,” what Scorsese brings to the narrative is an interest in the lead character’s immigrant identity and overwrought masculinity, the type of thing that defines nearly his entire body of work. The pilot introduces Richie Finestra, a self-described “guinea,” a self-made music executive who is about to sell his imprint, American Century, to a German record label. In a touch that is a far too easy nod to Scorsese’s earlier (and much better) work “Goodfellas,” Richie voice-over-narrates the premiere, or at least some of it, explaining a little bit of why he’s at the crossroads he is. He’s a recovering addict with a wife and two kids in Greenwich, at the head of a legacy label that doesn’t quite have the brand of quality it once did.

But then—for reasons that are excruciatingly stupid, when they’re examined carefully—Richie decides to screw over his business partners, lie to his wife, and get re-addicted to cocaine, chasing a vision of finding a way to revamp his failing label. The pilot puts Richie through some of the most mafia-esque plot devices that could plausibly happen to a record executive, while trying to juggle the stories of a good 10 to 15 other cast members and the musical narrative of the ‘70s. There’s a dead body, an orgy, a mortgage and several wounded male egos; by the time the dust (literally) clears, around episode 2, it becomes painfully clear that the show has no stakes whatsoever. Without a passion for music, “Vinyl” becomes a distracted show about the difficulties of being upper middle class and wealthy, which is a story I am frankly quite tired of. (In the third episode, Richie’s wife, Devon, played by Olivia Wilde, argues with Richie about him not taking the modern dance troupe she’s patronizing seriously enough.)

And that leads to the second problem, which is that there are too many cooks in the kitchen for this show. Scorsese created the show along with frequent collaborator Terence Winter, as well as nonfiction writer Rich Cohen, and rock icon Mick Jagger. It’s trying to be a lot; it’s failing to be any of those particularly well. Not only does the music get lost in the mix, but despite Cannavale’s excellent performance as Richie, there’s almost nothing to invest in with that character, whom we’re introduced to at literally the least interesting point in his life.

“Vinyl” tries to recoup that magic with flashbacks of how he and party-girl Devon met, including glimpses of her life as an Andy Warhol muse and how Richie betrayed the first musician he managed, who was also one of his best friends. That musician, Lester Grimes (Ato Essandoh), is black, and caught up in the threads of back story is a far more compelling story of the birth of American rock ‘n’ roll, built on the foundation of black music, exploitation, race records and the fundamental imbalance of a friendship between a white man and a black man in the late ‘50s and early ‘60s, no matter how liberated both are trying to be.

But it’s lost in the foreground noise of the show—as is the voice-over narration, which is awkwardly forgotten after Scorsese’s premiere. “Vinyl” similarly pursues and then loses the threads of other supporting characters—including Jamie (Juno Temple), a secretary with ambitions to manage talent, and Zak (Ray Romano), another partner at American Century who is thrown into serious financial trouble by Richie’s rash decisions. The show would have done better to focus on just one of these characters—even the up-and-coming punk rocker, a Sid Vicious type played by Jagger’s son James.

If you love the era, and you want to look back on the ‘70s through the specific eyes and ears of—as Ken Tucker, a rock critic from the era, put it in his review—a white-guy character prescient enough to know what music will be appreciated 50 years from then, “Vinyl” has the circus-like montage of names and faces and sounds that make up the dizzying palette of culture in 1973. But it’s a pandering kind of appreciation, one that relies on the viewer knowing that Alice Cooper has a boa constrictor or that the New York Dolls, who are critically beloved, had trouble selling albums. And whether you know the era or not, if you want to really feel something for the music—if you want to be drawn into the spirit of the era, à la Cameron Crowe’s opus “Almost Famous”—then you’d do better watching YouTube clips of Stillwater performances or this scene, on loop. It’ll save you two hours of wondering when the music died.