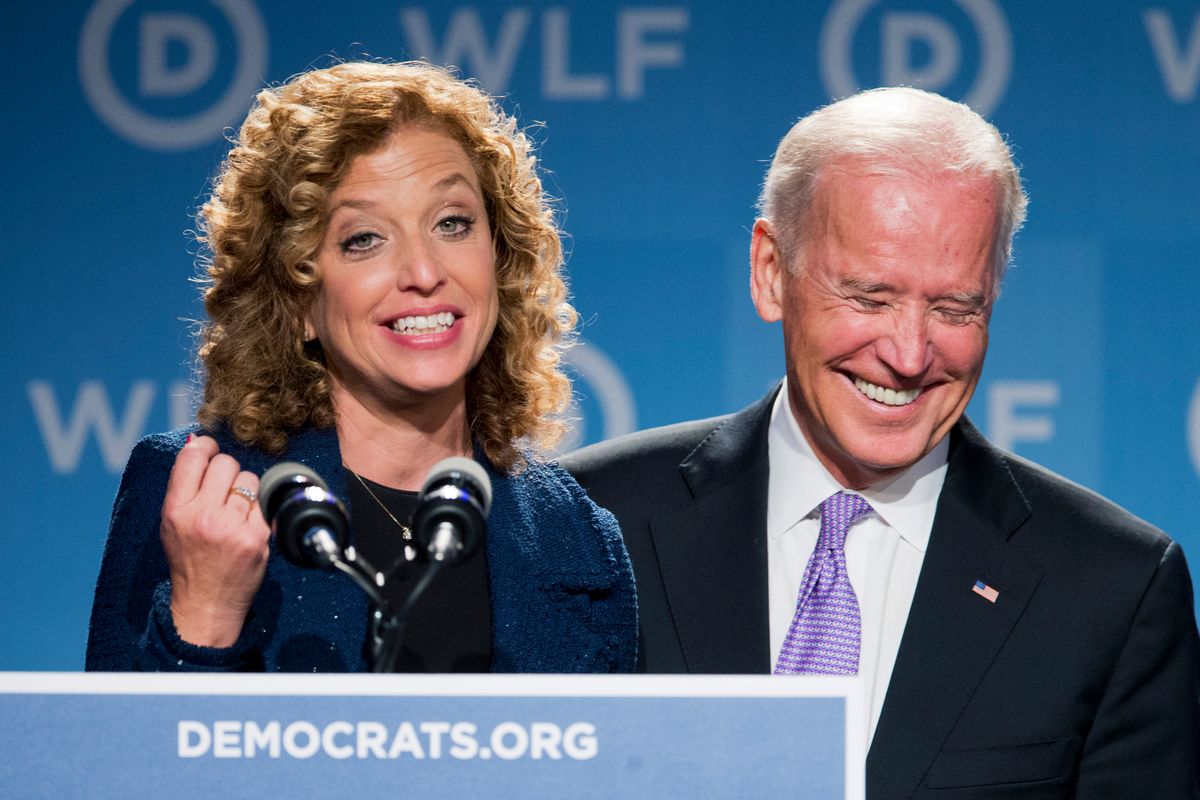 The Democratic Party's superdelegate system has come under attack this presidential election, as critics blast it as undemocratic. There are hundreds of superdelegates, unelected party elites, who can sway the primary election, undermining the candidate democratically chosen by the party's mass base.

Bernie Sanders won the primary election in New Hampshire by a landslide in early February, with 60 percent of votes to Hillary Clinton's 38 percent. Sanders won every demographic group, excluding rich voters and those aged 65 and older. Yet, although Clinton drastically lost, she ended up leaving with an equal number of delegates. This is because of the superdelegate system.

Sanders won 15 delegates in the primary; Clinton won just nine. But New Hampshire has eight superdelegates — also known as unpledged delegates — and six of these unelected party elites pledged support for Clinton. Despite the fact that Sanders had drastically more votes, therefore, both candidates got an equal number of total delegates.

Because of this system, the Washington Post points out, Sanders could technically win the primary election, earning a majority of the 1,670 delegates determined by actual voting, but still lose the Democratic Party's nomination, if Clinton gets most of the party's 712 unelected unpledged delegates.

Critics have begun to ask why this undemocratic system exists. CNN's Jake Tapper posed precisely this question to Democratic National Committee Chair Debbie Wasserman Schultz, an ally of Hillary Clinton who co-chaired her former presidential; campaign, in a Feb. 11 interview. She responded with shockingly blunt honesty.

"What do you tell voters who are new to the process who say this makes them feel like it's all rigged?" Tapper asked the DNC chair.

"Unpledged delegates exist really to make sure that party leaders and elected officials don't have to be in a position where they are running against grassroots activists," Wasserman Schultz calmly explained.

Tapper did not press her on her response. "I'm not sure that that answer would satisfy an anxious young voter, but let's move on," he said, and dropped the issue just when it was getting hot.

You can watch Wasserman Schultz's interview below, from CNN's YouTube channel.

Unelected superdelegates have been overwhelmingly backing Hillary Clinton in the presidential campaign. Clinton, who has received many millions of dollars from Wall Street and was long seen as the assumed Democratic candidate, is beginning to sweat, while Sanders' enormous grassroots campaign continues to grow.

In October 2015, long before the primaries even began and Americans actually started voting, Clinton's campaign boasted that it had secured the endorsements of well over 500 superdelegates.

NPR reported in November that Clinton had a 45-to-1 superdelegate advantage over Sanders. Two months before any voting even began, Clinton had 15 percent of the delegates needed to secure the Democratic Party's nomination — or, as NPR wrote, "In other words, Clinton starts with a 15 percentage point head start over Sanders."

Controversy similarly erupted around the superdelegate system in the 2008 election. The Democratic Party approached a crossroads, deliberating whether or not to get rid of superdelegates, but decided to hold on to the system.

A DNC committeeperson for Maine disappointingly told Newsweek in 2010 "The superdelegate system is an outdated and undemocratic way of doing things that's unsuited for modern times. The farther we veer away from one person, one vote, the worse it is for our party. If we let the current system stand in light of what happened in 2008, it seems pretty clear this is never going to change."

The DNC itself has been widely accused of acting in the interest of Clinton. Present Chair Wasserman Schultz served as a co-chair of Clinton's 2008 campaign for president.

More recently, the DNC has been criticized for scheduling debates at very inconvenient times — like the Saturday night before Christmas, during a football game — allegedly to reduce the number of viewers.

Sanders' campaign has accused the DNC and Wasserman Schultz of "actively attempting to undermine" his bid for president.

A transcript of Wasserman Schultz's remarks on CNN is included below, as reported by the Washington Post.

TAPPER: Hillary Clinton lost to Bernie Sanders in New Hampshire by 22 percentage points, the biggest victory in a contested Democratic primary there since John F. Kennedy, but it looks as though Clinton and Sanders are leaving the Granite State with the same number of delegates in their pockets because Clinton has the support of New Hampshire's superdelegates, these party insiders. What do you tell voters who are new to the process who say this makes them feel like it's all rigged?

WASSERMAN SCHULTZ: Well, let me just make sure that I can clarify exactly what was available during the primaries in Iowa and in New Hampshire. The unpledged delegates are a separate category. The only thing available on the ballot in a primary and a caucus is the pledged delegates, those that are tied to the candidate that they are pledged to support. And they receive a proportional number of delegates going into the — going into our convention.

Unpledged delegates exist really to make sure that party leaders and elected officials don't have to be in a position where they are running against grassroots activists. We are, as a Democratic Party, really highlight and emphasize inclusiveness and diversity at our convention, and so we want to give every opportunity to grass-roots activists and diverse committed Democrats to be able to participate, attend and be a delegate at the convention. And so we separate out those unpledged delegates to make sure that there isn't competition between them.

TAPPER: I'm not sure that that would — that answer would satisfy an anxious young voter, but let's move on.