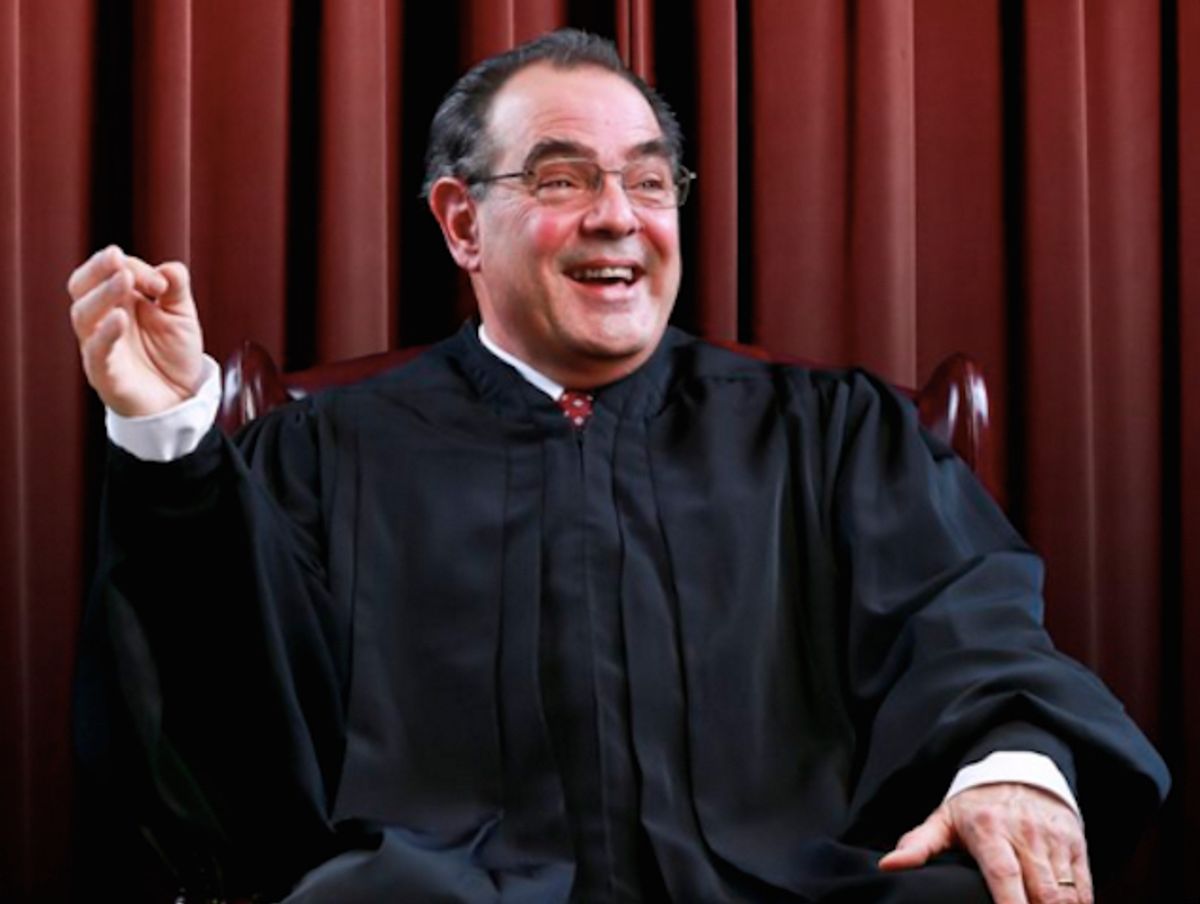 Update: Sen. Johnson's campaign spokesman clarified that the tweet was not sent out by the Congressman himself. "Staff made an honest mistake while attempting to honor Justice Scalia," Brian Reisinger said in an email to Salon. The picture Johnson tweeted was of Edward Gero, an actor who portrayed Scalia in “The Originalist,” a play centered around the Supreme Court Justice.

If it's any comfort to Johnson, his tweet confirms he is a man of the people as only 16 percent of Americans were able to name Justice Scalia when asked to identify a Supreme Court Justice.