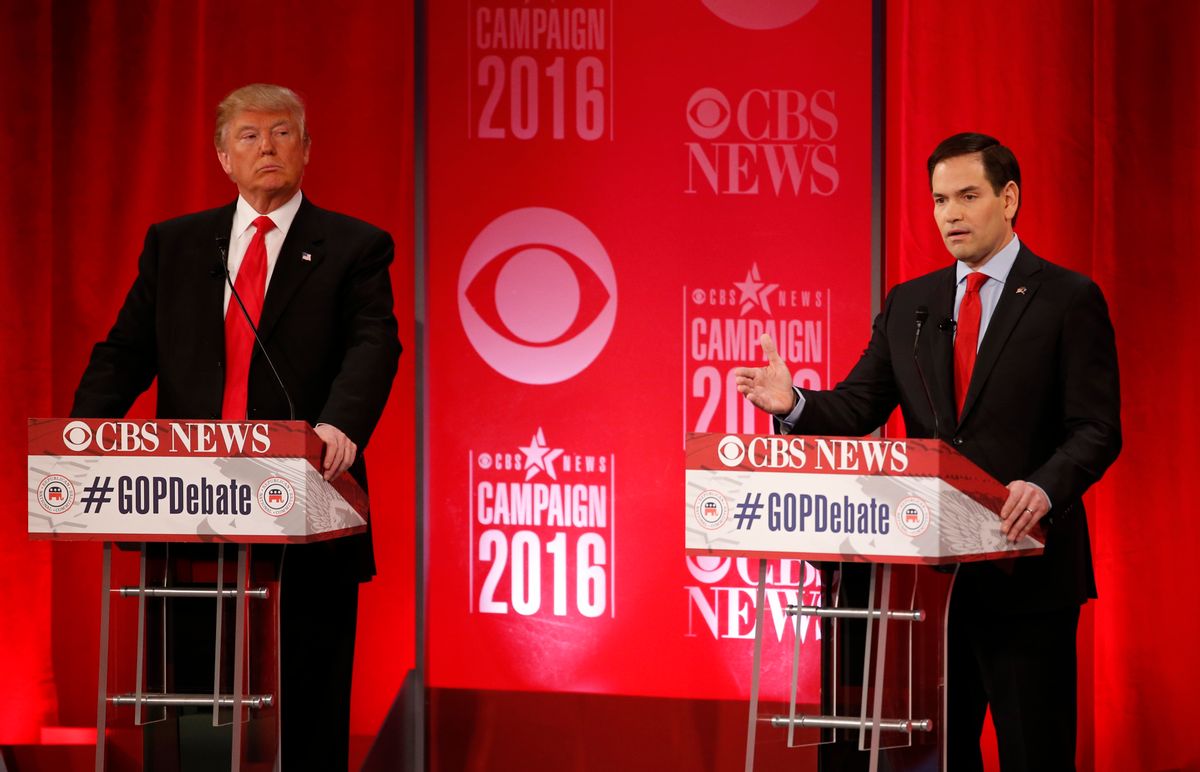 Minutes before Republican presidential candidates gathered for yet another GOP debate, President Obama delivered a statement on Supreme Court Justice Antonin Scalia's passing on Saturday, rebuffing emerging Republican calls to let Scalia's vacancy stand until the next president takes office and vowing to nominate his own successor.

“I plan to fulfill my constitutional responsibilities to nominate a successor in due time,” President Obama said in televised remarks to reporters this evening. Republicans rushed to politicize news of Scalia's death within minutes, demanding Obama either not nominate a successor or calling on the Senate to block any eventual nominee.

After a moment of silence to open Saturday's CBS debate, moderator John Dickerson asked Donald Trump if he, in his final year in office, would nominate his own Supreme Court successor.

"Obama will make the appointment no matter what I think," Trump replied, arguing that Republicans in the Senate must block any nominee: "It's called delay, delay, delay!"

Marco Rubio, John Kasich, Ben Carson and Ted Cruz all echoed Trump and repeated their calls for continued Republican obstruction to leave a Supreme Court vacancy for at least 11 months.

An interesting moment occurred when Dickerson brilliantly fact-checked Cruz's falsehood that the Senate has not confirmed a Supreme Court nominee during an election year in 80 years.

What about Anthony Kennedy in 1988, Dickerson pushed-back.

No, "he was nominated in 1987, confirmed in 1988" Dickerson correctly noted to boos from the Republican audience.