Emily Ratajkowski shakes off the trolls: Following vicious attacks over her Sanders endorsement, the actress pens a powerful essay on body-shaming 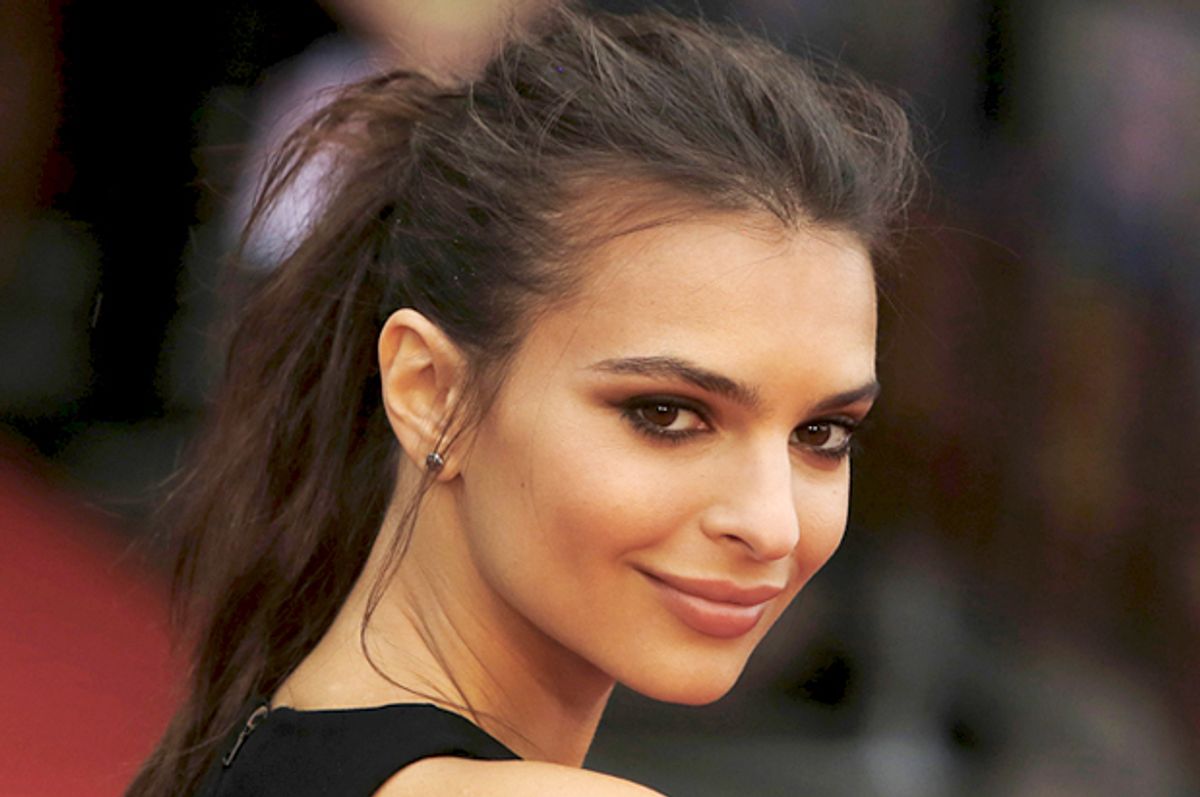 You don’t know me, but I feel like we could be friends. Like the rest of the world, I danced along to Robin Thicke’s “Blurred Lines” video and envied how sexy, cool and free the shots captured the women. Yes, there was nudity, but it was shame-free and silly. What 20-something girl hasn’t danced naked in her apartment? I related to that. Next was your role in “Gone Girl,” and I thought, “she likes Gillian Flynn, I could definitely get along with her,” and started following you on Instagram.

In this week’s Lenny Letter, the topic of female sexuality is covered not by a man condescendingly defending the misogynistic idea that women who dress a certain way somehow deserve embarrassing catcalls, are “asking” for trouble, or should know better; the piece isn’t written by a woman rallying for us to make changes so we avoid the male gaze. The essay is written by a woman who knows first hand what it’s like to be sexualized at a young age, and then ignored when she voices her opinions on art and the female form. (I hope the professor described in the essay is ashamed by his dismissiveness.)

One of the most powerful pieces of the essay describes John Updike’s short story “A&P,” and the shame thrown upon a girl who wears a bikini to a grocery store and is asked to leave. It’s unlikely a boy of her age would’ve been subjected to that kind of treatment and embarrassment. And yet, women are made to feel ashamed for their bodies almost as often as magazines tell us to celebrate them.

The essay also describes older figures who try to be helpful by warning girls to “cover up” their sexuality, and keep our heads low in an effort to not “accidentally offend, excite, or create envy.” Many fail to realize those three things are exactly what inspire art, music, and politics.

But because a woman chooses to showcase her sexuality, she’s automatically subject to criticism. When Ratajkowski endorsed Bernie Sanders’ political campaign, and even took on Gloria Steinem’s controversial statement that young women are supporting Sanders because “that’s where the boys are,” she became a target for sexist criticism from social media users. It takes a strong woman to stand up to such criticism from men, and an even stronger one to defend herself from a woman who has made such progress in terms of feminism. As Carolyn Cox points out for The Mary Sue, it’s not new for a woman to be shamed for appearing nude in films or trolled for voicing her opinion.

“I’m not surprised, but it is–let’s say interesting–to see how many people felt that they could use Ratajkowski’s decision to do nude scenes for a role as a kind of “gotcha” to discredit or guilt her. I suspect that some concern trolls might also use the terrible messages about consent in “Blurred Lines” to argue that Ratajkowski isn’t qualified to speak up on gender politics, but just because Ratajkowski appeared in a misogynistic music video several years ago doesn’t mean that she’s disqualified from standing up for female Sanders supporters now,” writes Cox.

When has it ever been considered a good thing for a person to dull their sparkle in an effort to make other people feel less -- what, exactly? -- threatened or bothered by a woman who’s more than the sum of her parts?

“I think of mothers trying to explain to their daughters that while it wasn’t their fault, they should cover up next time,” writes Ratajkowski. The implication there is heartbreaking and unfortunately common: it’s a girl’s fault for being sexually appealing, but it’s her responsibility to conceal it from drooling men and vicious women. The advice doesn’t make girls feel more powerful, it does the opposite by instilling a feeling of otherness.

One of the bleakest moments of my life happened when a literary agent told me he wasn’t sure about me not because of my chops as a writer, but because the way I “look and write don’t add up,” and he wasn’t sure how readers were going to take it. I went home from the meeting and sobbed in a cab, and sometimes question the quality of not only my writing -- but my intellect -- because of that callous statement.

Women’s sexuality is often described in terms of the color red: roses, lipstick and lingerie. The obvious association is blood, pulsating through both the heart and the brain. What better proof of being alive? Oftentimes women are made to feel guilty for being sexual, for proudly wearing the color red or anything else that might make her feel good. What’s the alternative? To wear beige and look at the floor in the hopes that we blend into the dull walls of offices or any other space in which a woman being both sexually appealing and an actual human being is way too complicated to fathom? We should be proud to show off who we are. Traditionally, a red flag has been flown to indicate danger, but it’s also a sign that something is worth fighting for.

I thank you for this reminder, Emily.