Rubio declared that it is morning in America, again, with images of the Canadian, not American, coastline 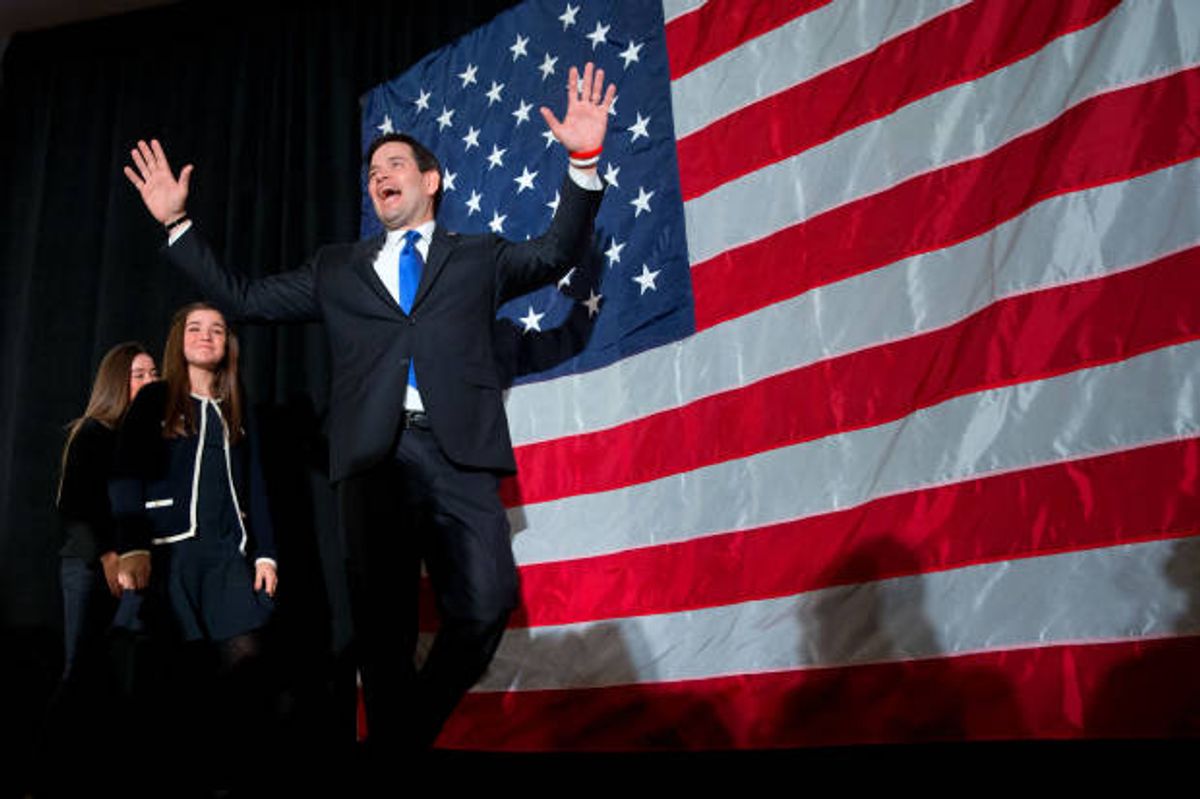 In a haste to pay homage to St. Ronnie and to co-opt the revered conservative icon's most famous campaign ad, Marco Rubio epically failed to remix Ronald Reagan's "Morning in America" ad, as his latest campaign commercial features an image of the Canadian, not American, coastline.

The one minute ad, released on Sunday, opens with a Reaganesque voice declaring that "it's morning again in America," harking back to the classic 1984 Reagan ad.

But Buzzfeed's Megan Apper noticed that the image that opens Rubio's ad, boats in a harbor full of operating cranes with a city skyline in the back, is not even one of an American city.

The image is of Vancouver, Canada, as evidenced by Vancouver’s Harbour Centre Lookout Tower in the skyline. Apper also points out that Rubio's ad also features the Canadian flag atop one of the boats. According to Buzzfeed, the stock footage used in the ad was linked to a videographer known online as “GreatOutdoorsMedia,” who titled the clip as “Boats passing near city at sunset.”

“Ha! Nice catch by BuzzFeed — we hadn’t noticed that," a Rubio spokesman told BuzzFeed when confronted about the mistake. “We are not going to make Canada an issue in this election,” the spokesman insisted.

Rubio's isn't the only campaign to have epically flubbed a campaign commercial in recent days. Last week, Ted Cruz's campaign yanked an attack ad against Rubio after it was revealed that one of the actresses had previously starred in adult films.