No "last f**kable day" for Florence Henderson: What we can all learn about sex from the 82-year-old "Brady Bunch" star

In our youth-obsessed culture, it still sounds revolutionary to hear an older woman talk about her active sex life 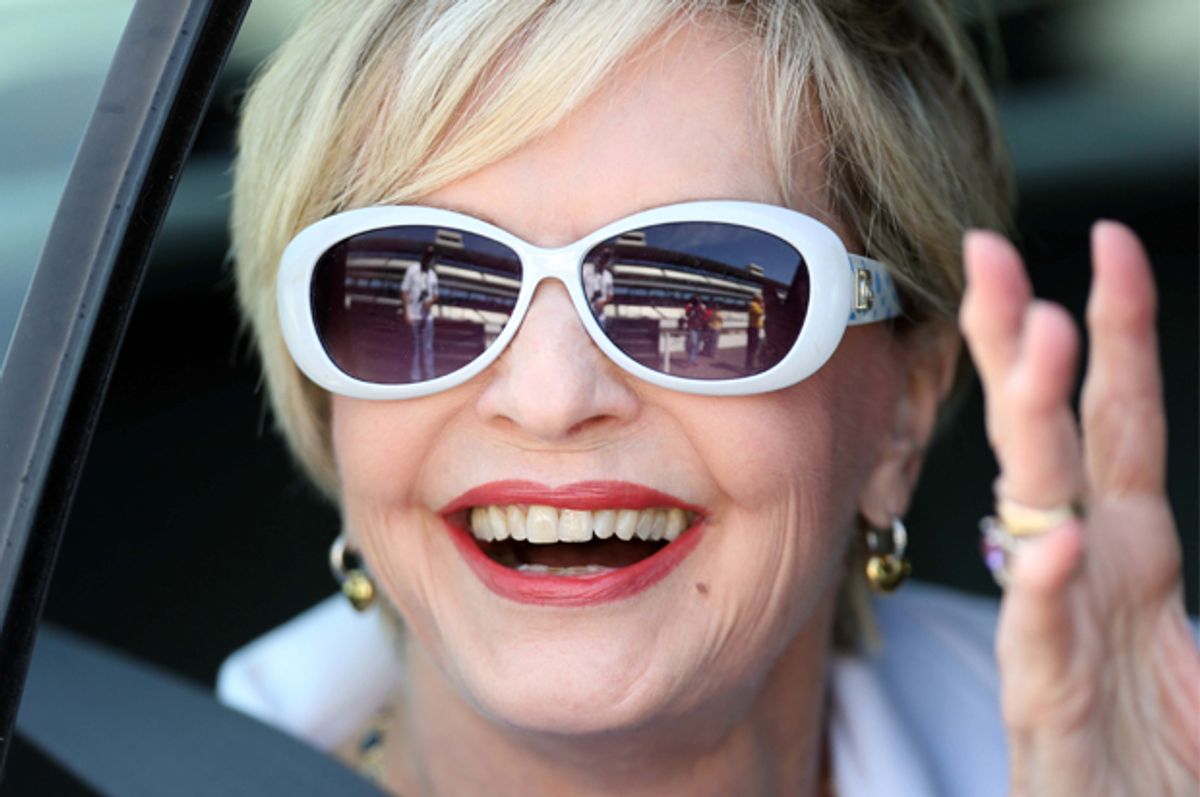 Florence Henderson, the actress best known for playing Carol Brady on “The Brady Bunch,” recently made a bold proclamation to the New York Post: “I may have more than one friend with benefits,” she said. “It’s very healthy for the heart. I think no matter how old you are — and I am pretty up there in terms of numbers — I think you should do whatever makes you happy.” Why is that bold? Because Henderson just turned 82. In a youth-obsessed culture, where Susan Sarandon was recently castigated by Piers Morgan for showing too much cleavage, seniors who acknowledge that sex is still an active part of their lives are a refreshing example of what the rest of us have to look forward to.

Certainly, Henderson, and others in her age group, isn’t alone in her desire to keep her bedroom door open. A 2015 study in the Archives of Sexual Behavior found that “More than half (54%) of men and almost a third (31%) of women over the age of 70 reported they were still sexually active, with a third of these men and women having frequent sex – meaning at least twice a month.” While I’m not generally a fan of measuring sexual satisfaction by how often you get it in, these figures prove that sex doesn’t just fade to chaste kisses once people reach retirement age.

Similarly, A survey of over 1,000 users of the website Stitch, ages 50-90, revealed that “half of men and women consider physical intimacy just as important as when they were younger.” And why shouldn't they? After all, sex doesn’t have an expiration date. In other words, there’s no such thing as a “Last Fuckable Day,” if you don’t want there to be.

That’s one of the reasons I admire Henderson for being so forthright. She’s not trying to look younger or hide her age, or try to impress anyone with her sexual antics. She’s simply owning who she is and acknowledging that she isn’t beholden to monogamy.

Older women have plenty to teach younger women about how to embrace their sexuality in ways that aren’t about being “fuckable” to the masses or following anyone else’s lead, but instead figuring out what works for us. In 2014, Iris Krasnow found in the research for her book “Sex After...Women Share How Intimacy Changes As Life Changes,” that women 70 and over were having some of the best sex of their lives.

This is the case even if what constitutes the “best sex” doesn’t look the same as it did at 20; in fact, reconsidering what makes sex “good” may be part of the key to enjoying it even more as we age. Krasnow reported that a 72-year-old woman, Shirley, was indeed having better sex than she did in her twenties or thirties, who stated, “After 70, there comes a sweetness about making love. We go slowly, there is no rush anymore. When you’re younger, it’s all about the orgasm, then it’s over. I love this suspended feeling, the absolute intimacy we have been able to achieve.”

This is similar to what journalist Eve Pell found in her research for her book “Love, Again: The Wisdom of Unexpected Romance,” where she writes about seniors rediscovering the possibilities of sex in their later years. She reveals, “For the late-in-life couples that I interviewed, it wasn’t about what organ goes where, how often, and with what degree of stiffness or lubrication; it was the meaning of sex to the partners and their relationship. Some found themselves surprised at their sexuality—at the unexpected delight, pleasure, and closeness they discovered when they became intimate with each other’s bodies.”

This is encouraging, because it proves that sex isn’t just some skill we learn once and never revisit because we know all there is to know about it. Instead, it’s something that can evolve as we do. Of course, this isn’t specific to older people, but it seems like along with age comes less of a need to try to measure our sex lives (or our sex appeal) against what we perceive others to be doing, whether based on porn, pop culture or our own assumptions. Who cares what sex act is currently “trendy” or what your family might think?

If we take a page from some of these wise seniors and think of sex as an ongoing learning process and a chance to both revisit and revamp what turns us on, that means there’s always something to look forward to—even if we may not know what that looks like in advance.