The TV host talks to Salon about his new show, "Join or Die," premiering this week on the History Channel 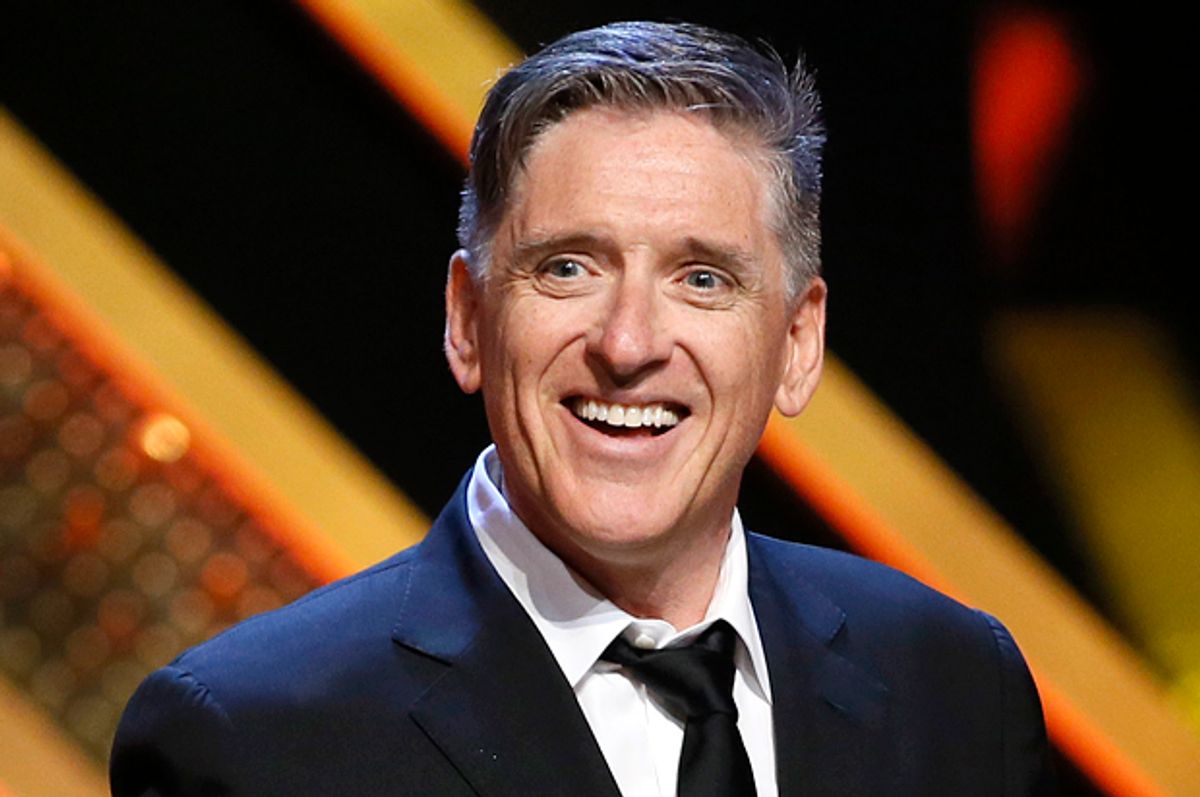 Sometime ranter and champion monologuist Craig Ferguson has calmed down a little bit for his new show, “Join or Die,” a look at history that premieres on the History Channel Thursday night.

But it’s not the usual genial look at august figures: The first few episodes consider subjects like Dick Cheney shooting his friend in the face while hunting, and beloved old remedies like using leeches to bleed patients. “Join or Die” is structured like a game show in which Ferguson and three guests try to narrow down strange and glorious historical moments. "The format provides just enough structure to give it a distinct flavor and focus — it's not just a new Craig Ferguson talk show on a less moneyed network — without getting in the way of conversation," Robert Lloyd wrote in the Los Angeles Times.

The native Scotsman very publicly became an American citizen during his decade hosting “The Late Late Show,” one of the stranger programs ever to have a regular run on television.

Ferguson spoke to Salon from Los Angeles. The interview has been lightly edited for clarity.

Your new show is called “Join or Die.” You’ve got that phrase tattooed on your forearm, don’t you?

That was the way you thought about your American citizenship when you became American?

It seemed like a fitting thing to do when I became a citizen. It’s a cartoon that Benjamin Franklin put in the Pennsylvania Gazette in 1754 – it was the first symbol of the united colony that became, of course, the United States. So it had a historical significance. And also it looks really cool. So I thought, that’ll do nicely!

Your American citizenship was a big deal at the time: You went to great lengths to get it. What does it mean to you now, in 2016?

It’s an evolving thing, much like America itself. It’s a very kind of rah-rah, Fourth of July feeling when you become a citizen. It goes from being a very simple thing to something more complicated. I’m no less patriotic… But like any good and faithful belief, it questions itself. That’s good. So I hold it up to scrutiny – and in an election year that’s more prevalent. For everybody – not just for immigrants.

I want to get into the show in a second, but since you’ve mentioned the election: Has that done anything to weaken your patriotism?

Oh, absolutely not! My love of America isn’t like that. It’s not a romantic love, it’s what I am. It’s more like you’re a family member – it’s not my girlfriend.

As I look around – there’s nothing new to me, I’ve been around American elections for a long time – I think what’s interesting is that I don’t know who’s leading who. If the politicians are leading the media or the media leading the politicians. I think it might be the second. And that I think is a development I find a little troubling. I don’t know what to do about it; I don’t have a solution for it. Looking at every single neuron of every single candidate… Is that a great idea? It might be! I don’t know if it is.

Have you ever seen a candidate, either in the U.S. or the U.K., quite like Donald Trump?

So he’s a recognizable figure. But what he and Bernie Sanders, on the other side, are both endemic of is a grass-roots despair at the efficacy of the Washington administration.

Let’s talk about “Join or Die” a bit. Your first few shows are about bad ideas from history – “Biggest Political Blunders” this week, “History’s Worst Medical Advice” next week. Are the dumb ideas from history more fun to go back to?

Looking at mistakes is always fun in hindsight. In general it’s more fun to poke holes in things than aggrandize then. But there’s both [in the show].

Have you been interested in history for a long time?

I think history, for me, is like psychotherapy for the entire human race. If you go through psychotherapy you look at your past, where you made mistakes, odd patterns you may repeat, and ways to repeat that in the future. That’s what history is – it’s psychotherapy on a massive group scale.

Tell us a little about the guests you’ll be bringing on the show. There will be fewer movie stars than on a traditional late-night show, I think.

Movie stars are not banned from the show, of course. The formula we tried to follow – this is a very loose formula: One expert on whatever subject we’re doing. There has to be someone there who knows what the hell they’re talking about at a fairly high level. Then, usually we have a comedian. Comedians tend to be very well informed, they think fast, and they tend to be very smart. Most of them are very well read. And then usually someone who surprised me with how cool and interesting they were when I interviewed them during the late-night years.

Is doing this really different from your old late-night show?

It really is. I think it owes more to the British radio and old American discussion panel shows. Late night deals with today—you’re dealing with right now. Our references are very topical, because we live in the world right now. But you’re talking about [history] – not necessarily your movie or TV show or whatever the hell you have coming out.

Comedy can be about keeping people off balance. When people come on your show, do you want to make them comfortable or uncomfortable, or some mix of the two?

In this show it’s about providing an environment for discussion. I suppose it’s a little of both: If someone says something a little odd or that deserves to be challenged, I’ll challenge them on it… I’m not hugely into mind games with anybody.

I guess: I don’t really have anybody on this show who I don’t think can hang.

Not too long ago there was a lot of talk about what “political correctness” was doing to comedy. Is it a real problem? Is your ability to range across topics limited by political sensitivity?

No – it’s not. There’s a fair amount of waa-waa from comedians. If you say something contemptible and someone calls you a dick, then fuckin’ deal with it! OK? As long as the government doesn’t say, “You can’t say that,” then we’re OK.

If someone calls you out on something you said, it’s not them trying to restrict your free speech, it’s them exercising their free speech. That’s what free speech is! I don’t think free speech is consequence-free for your feelings. If you hurt their feelings by what you say, and that person lashes out and calls you on it, OK! That doesn’t seem unfair to me!

If you make a joke about a group of people who are tired of having jokes made at their expense, and they complain about that – good! Good! That’s good that they complain about it! It doesn’t mean that you can’t do the joke. Do the fuckin’ joke! And maybe you think, “I never thought of it like that, I’m not gonna do that joke anymore” — that’s fine!