Marco Rubio's campaign is truly pathetic — so why hasn't the media noticed?

From the glowing reviews he gets, you'd think Rubio was neck and neck with Trump. In fact, he's not even close 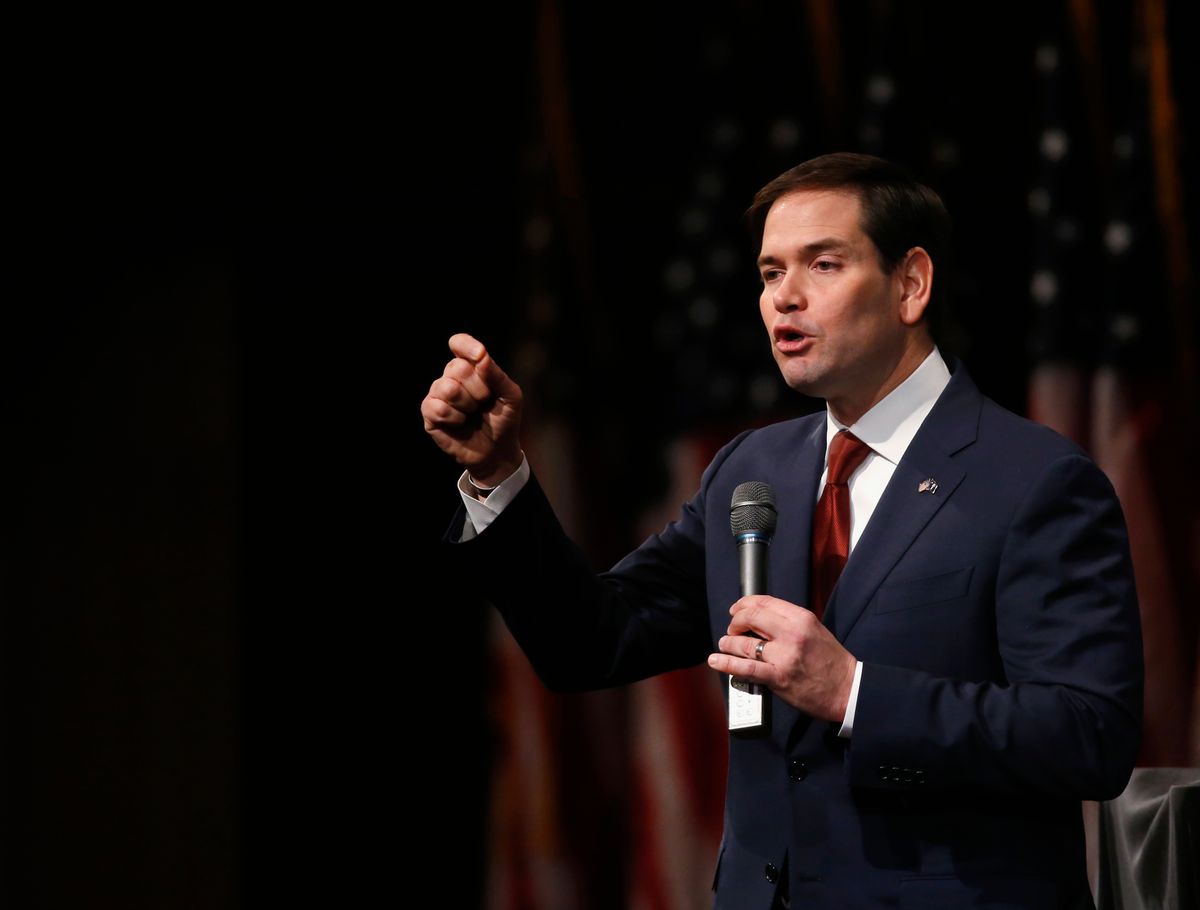 Marco Rubio might be running the least inspiring presidential campaign since the Meadow Party nominated a dead cat for president. But, if nothing else, the Florida senator has champion-caliber media spinners. There is simply no other explanation for how he keeps getting first-rate fluff pieces written about him when his performance in the early nominating contests and polls over the last couple of months would bring elicit to just end his campaign already if they belonged to any other candidate in the world.

Take this latest piece of agitprop in Politico, which might as well have been dictated by someone on Rubio’s campaign staff. Not even a week removed from his embarrassing fifth-place finish in New Hampshire, Rubio is said to be electrifying crowds in South Carolina ahead of that state’s Feb. 20 primary. This goes hand-in-hand with some of the lowest setting of expectations you’ll ever see outside of a six-year-old’s tee-ball game.

If Rubio simply finishes ahead of Jeb Bush, who is polling a distant fourth or fifth in some surveys, and emerges from this state, always critical to his chances, as the establishment’s comeback kid, it will be because of his campaign’s quick adjustment in the face of adversity — and its unwavering faith in the candidate himself.

As of Tuesday afternoon, Huffington Post’s rolling poll average had Rubio about the same distance ahead of Bush as he is behind Ted Cruz. (Donald Trump is still stomping everyone by about 20 points.) So basically all Rubio has to do is run in place through Saturday’s voting, and he’s golden.

Later in the story, we get this quote from “GOP strategist” Bruce Haynes:

“Rubio is passing his test with flying colors. He’s pitched Robot Rubio in the junkyard and gone with Marco Unplugged. He’s getting great crowds and energy. It’s no surprise. Voters love a comeback story and Rubio may be on the road to writing a big one in South Carolina.”

Really, is this a news story or a campaign press release? Is there anyone out there dumb enough to believe that less than a week removed from his embarrassing New Hampshire crash-and-burn, Rubio has completely transitioned from walking text-to-speech program into a smooth-talking, Bill Clinton-esque retail politician? If the polls are accurate, the voters certainly aren’t buying it, the crowd of cheering South Carolinians mentioned in the Politico story notwithstanding.

Observers have long noted the kid gloves Rubio gets on both the campaign trail and often onstage in the Republican debates. Which was why Chris Christie’s effective attack on him in the last New Hampshire debate was surprising only to people who had not noticed it before.

Far more interesting is the attack Rand Paul launched in an earlier debate, in which he questioned whether Rubio’s proposed policies negate his claim to be a true conservative. But Paul was a colorless glob of phlegm who lacked the schoolyard-bully instincts of Christie, so his punches didn’t land.

Paul’s criticism was clearly the more substantive, though Rubio’s policies are no more or less conservative than those pushed by anyone else still in the GOP race. But there has long been in the press a weird reluctance to pin Rubio down on anything, and in the case of Politico, to willingly participate in his rehabilitation when he stumbles.

What accounts for this phenomenon? There are a couple of possibilities. Rubio running in the general election against either Bernie Sanders or Hillary Clinton would give the media the sort of easy youth-vs.-experience narrative that has fueled more than one presidential campaign in the past. Rubio is young and telegenic, and you can see the press corps get excited about that the way they got excited about Barack Obama in 2008 or (ironically) Bill Clinton in 1992. Rubio is fresh-faced! He’s relatable! He likes football and rap music! He got busted for underage drinking once!

(Of course Ted Cruz is Rubio’s age, but no one gives him a pass. Mostly because he’s made a lot of enemies and his own party’s leaders loathe him to the point that they would rather nominate Trump.)

This covering makes it easy to ignore the fact that Rubio’s bloodthirsty torture fantasies, blanket opposition to abortion under any circumstances, and giant tax giveaways to rich people are all unpopular with young people. If Rubio does somehow pull off what looks more and more impossible, and actually come back to snag the nomination, his policies should get the tough look that they deserve. And if he is exposed as a charlatan when debating the Democratic nominee, no amount of rehab from Politico is going to help him.