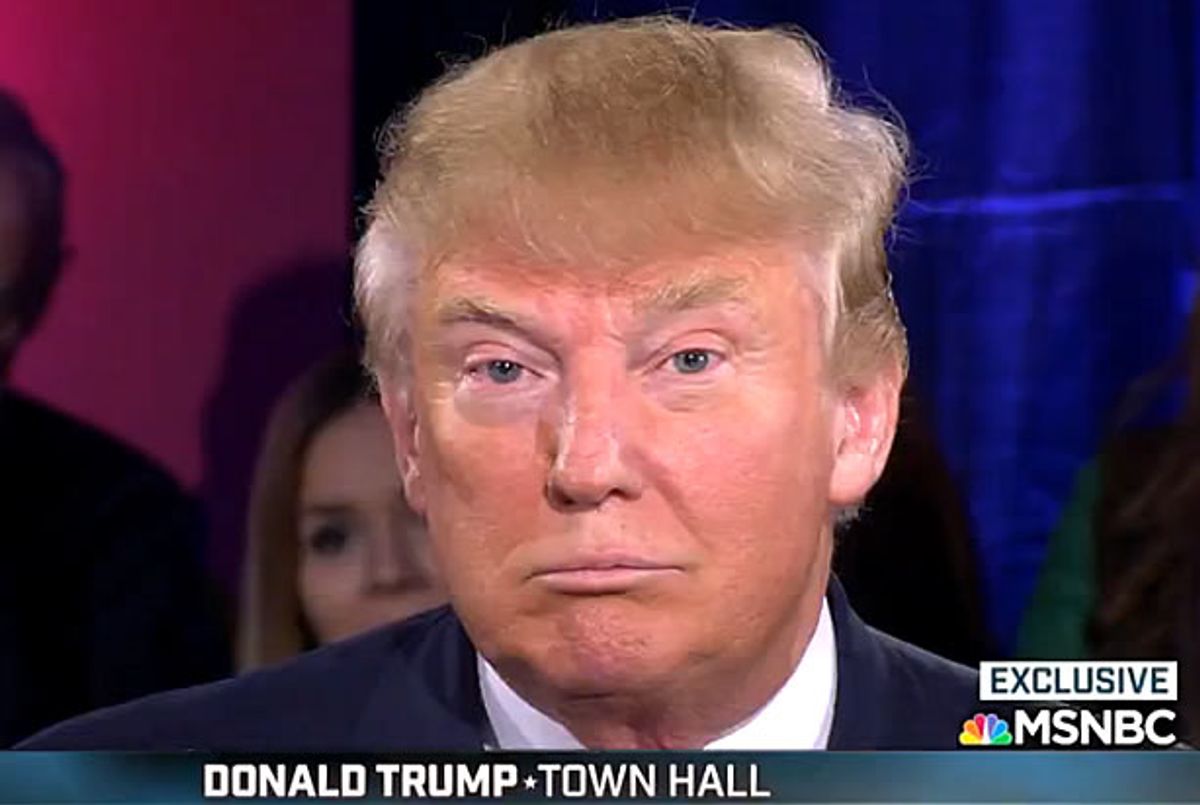 As the MSNBC town hall with Donald Trump drew to a close last night, co-host Mika Brzezinski tripped up the Republican front-runner by asking him about a certain candidate that Trump was sure was himself -- even though it most certainly wasn't.

"I wanted to describe a candidate to you. The candidate is considered a political outsider by all of the pundits. He's tapping into the anger of the voters, delivers a populous message," she began.

"He believes everyone in the country should have health care, he advocates for hedge fund managers to pay higher taxes. He is drawing thousands of people at his rallies and bringing in a lot of new voters to the political process. Who am I describing?"

Trump didn't miss a beat, adding that this person isn't beholden "to any special interests, or any donors. You're describing Donald Trump."

"Is that insulting?" her morning and town hall co-host Joe Scarborough asked.

"I'll tell you, we're different in one primary -- I'll tell you, there's one thing that we're very similar in," Trump replied. "He knows that our country is being ripped off big league, big league, on trade. The problem is, he can't do anything about it, he's not going to be able to do, whereas I'm going to do things."