Marco Rubio isn't "sure there's a political solution" to systemic racism, so we shouldn't even try to confront it that way

"There are things we can do," Rubio said, before discussing a number of things only tangentially related to race 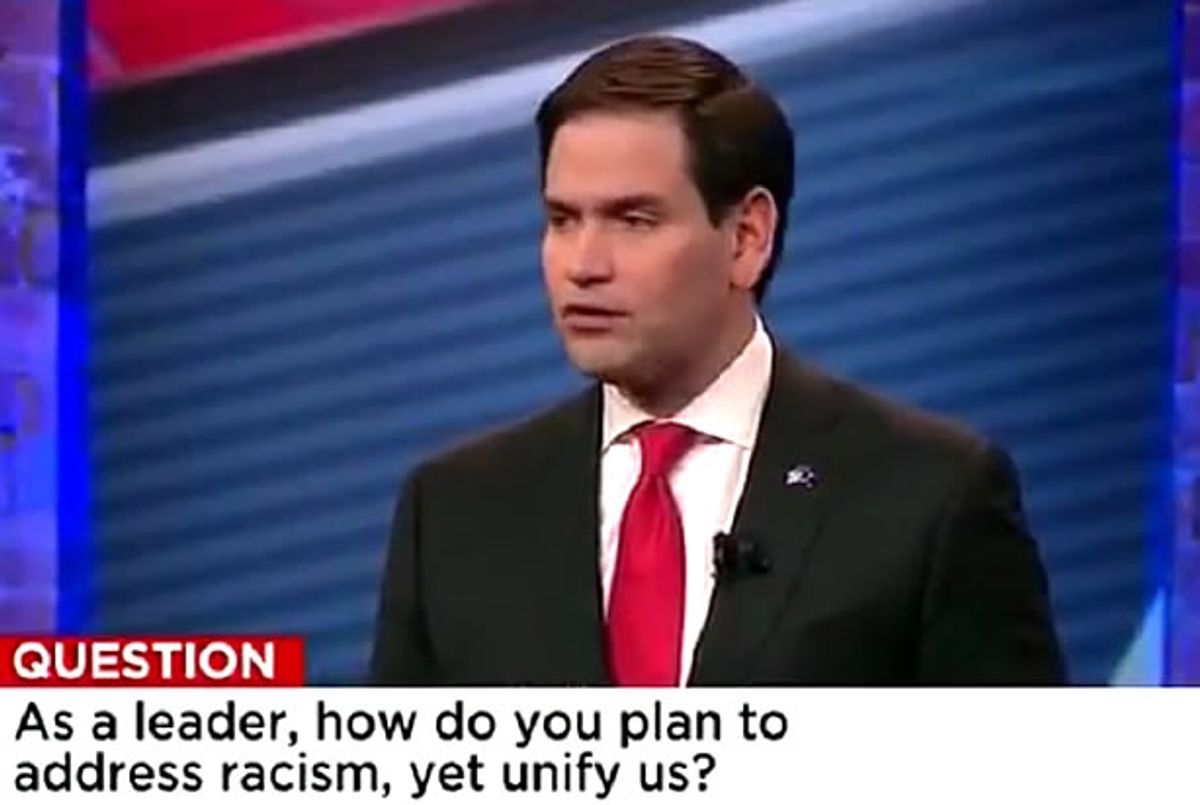 During the other Republican town hall last night -- this one hosted by CNN and moderated by Anderson Cooper -- Florida Senator Marco Rubio argued that he didn't think there was a political solution to institutional racism, and left hanging in the air the suggestion that Americans should stop trying to find one.

Rubio was asked how he would combat racism while unifying the country, since Republicans are convinced that any attempt to address systemic racism only makes it worse. The Florida senator responded by rambling on about law enforcement for a few minutes, lauding police officers for being "incredible people" and the like.

When he finally addressed the question, he said he knows "there are communities in this country where minority communities and the police department have a terrible relationship."

Instead of attempting to provide an explanation -- "driving-while-black" would have sufficed -- Rubio instead said that "we have a problem, and we have to address it as a society and as a country because I do not believe we can fulfill our potential as a nation unless we address that. I’m not sure there’s a political solution to that problem -- but there are things we can do."

Watch the entire exchange below via CNN.