The "Bernie Sanders of D.C." is running for district council, and wants to transform the capital

Drew Franklin says he has a shot at changing establishment politics in D.C. — and vows to keep it real at all times 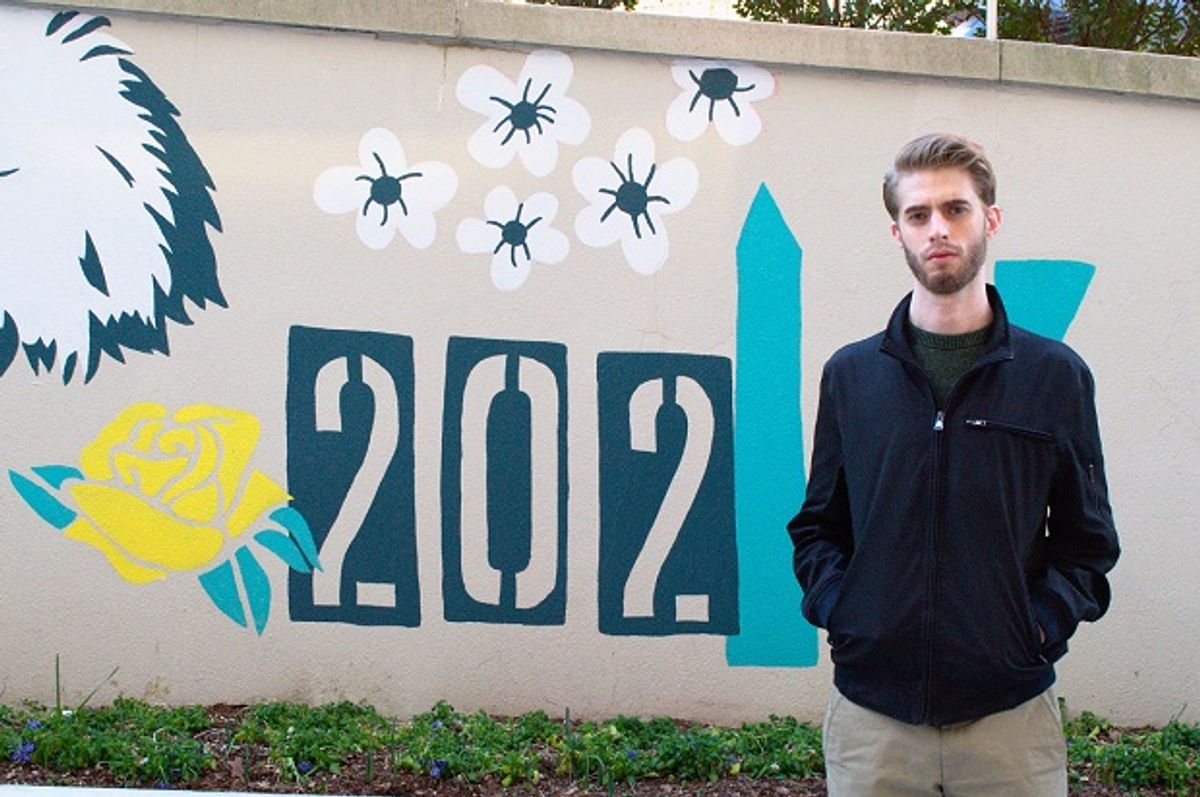 Washington has its own Bernie Sanders, and he is running for D.C. council.

Meet Drew Franklin, a 28-year-old writer and organizer. Franklin is tired of establishment politics in the nation's capital, and wants to try to change it.

Running as an independent, Franklin has his eyes on the district's seat reserved for a non-majority party candidate.

"From the beginning, my candidacy for D.C. council has been driven by a single conviction: that this campaign must necessarily be part of a larger movement — one that would benefit from having someone like me in office, but needn't depend on it," he recently wrote, in an introduction to the bill of rights he drafted.

At the heart of Franklin's campaign is a new and improved list of rights all people should be guaranteed. The following is the five-point Drew for D.C. Bill of Rights:

Franklin also created a detailed list of proposals of specific policies that could advance these five goals.

"Of course, nothing contained in this Bill of Rights invites support from corporate donors," Franklin notes. "That means a traditional campaign is out of the question. This platform can only be realized by a critical mass of ordinary people coming together and organizing themselves, for as long as it takes to bring it to fruition."

As more Americans begin to embrace anti-establishment politics, yearning for a political alternative outside of the narrow, conventional and corrupt two-party system, Franklin thinks he has a shot.

Salon sat down with the D.C. council candidate, who shared his thoughts on American politics and offered his vision of a new, more just and equitable future.

Why are you running for office in D.C.?

Oddly enough, news media have tried to pigeonhole me as an "Occupy activist" ever since I publicly renounced that title four years ago. But if there's anything I learned from my experience at McPherson Square, it's that you can't build political power independently of the society you live in.

I'm running for council because I know that if you want to change the status quo, you have to be in a position to affect government policy.

What's wrong with D.C., and how can you help fix it in a way other candidates won't?

D.C. is going through the same thing that all metropolitan centers in the U.S. are, which is the legalized theft of public land, services, and infrastructure for profit. But the situation here is at the same time unusual, because of D.C.'s historical struggle for autonomy from the federal government.

Before 1974, we had no elected council; instead, the District was controlled by segregationists in Congress who publicly declared their desire to get rid of the black majority population. That racist legacy endures today, and Congress has even taken back control of our local budget.

A lot of people don’t know that Marion Barry was an organizer before he was a politician. He had to be, because there were no offices to run for. I take a lot of inspiration from that. D.C. has historically been a city of community organizers, and I want to take part in that legacy by running my campaign on a platform of movement-building.

Why are you running as an independent?

I've always been an independent, as long as I've been registered to vote, and with this platform I think my best shot at winning is the at-large seat reserved for a non-majority party candidate.

What are your thoughts on social movements? Do you consider yourself part of any? Do they play a big role in your campaign?

Social movements are fundamental to building power for working people, including the homeless, undocumented and unemployed. I think BDS is the best example of an effective modern-day movement, because it’s founded on a short list of demands that set an objective standard for success, and because it depends on coalitions of ordinary people leveraging their collective power as laborers and consumers in order to win those demands. And it works.

That’s the method we’re trying to replicate with the Drew For D.C. Bill of Rights. It’s a movement-building platform. The idea is that anyone can adopt these resolutions and organize toward them in concert with each other. I won't get to the council without a base, so I have to organize one. The best way to do that is with the day after election day in mind.

What are your politics?

I'm a leftist, and I'm careful not to identify with any particular sect because it drives people away. I’m focused on winning, and that requires being able to organize more than half-a-dozen people at a time.

Why is U.S. politics so screwed up?

The political system in the U.S. is so terrible because working people have no power. It's that simple. There is no viable American Left today, and there won't be one until we revive the labor movement.

Do you think there is a rise of a new left happening, with Bernie Sanders here, Jeremy Corbyn in the U.K., Podemos in Spain, Syriza in Greece, etc.? How do you think you relate to that?

A lot of self-styled leftists are extremely cynical about any kind of involvement in electoral politics, especially since Syriza capitulated to the IMF. I get it! I have no illusions about Sanders' so-called socialism. But I also know history doesn't move in a straight line. The fact that he and Corbyn and Podemos have gotten this far is significant. I'm trying to capture some of that momentum by running myself.

Is a new Left rising? That's entirely up to us. If we want to be anything more than performance artists or newspaper peddlers, we need to begin the slow and unglamorous work of organizing on the job and in our neighborhoods. Otherwise this historical moment will just be a flash in the pan.

You say you will "keep it real at all times." What exactly do you mean by "keeping it real"?

Adhering to a set of principles sometimes requires me to say things that might be considered unpopular, offensive, or even politically dangerous. But I’m confident that most people will appreciate that about me, because it lets them know I'm not just telling them what they want to hear.

Who else keeps it real?

R.L. Stephens II also keeps it real at all times. [Stephens is a co-founder and co-editor of the website Orchestrated Pulse, along with Franklin.]