Jeb! admits he "probably would" nominate a Scalia successor if he were Obama

But, Bush shamelessly argues that the President should forgo his pick because of the "current environment" 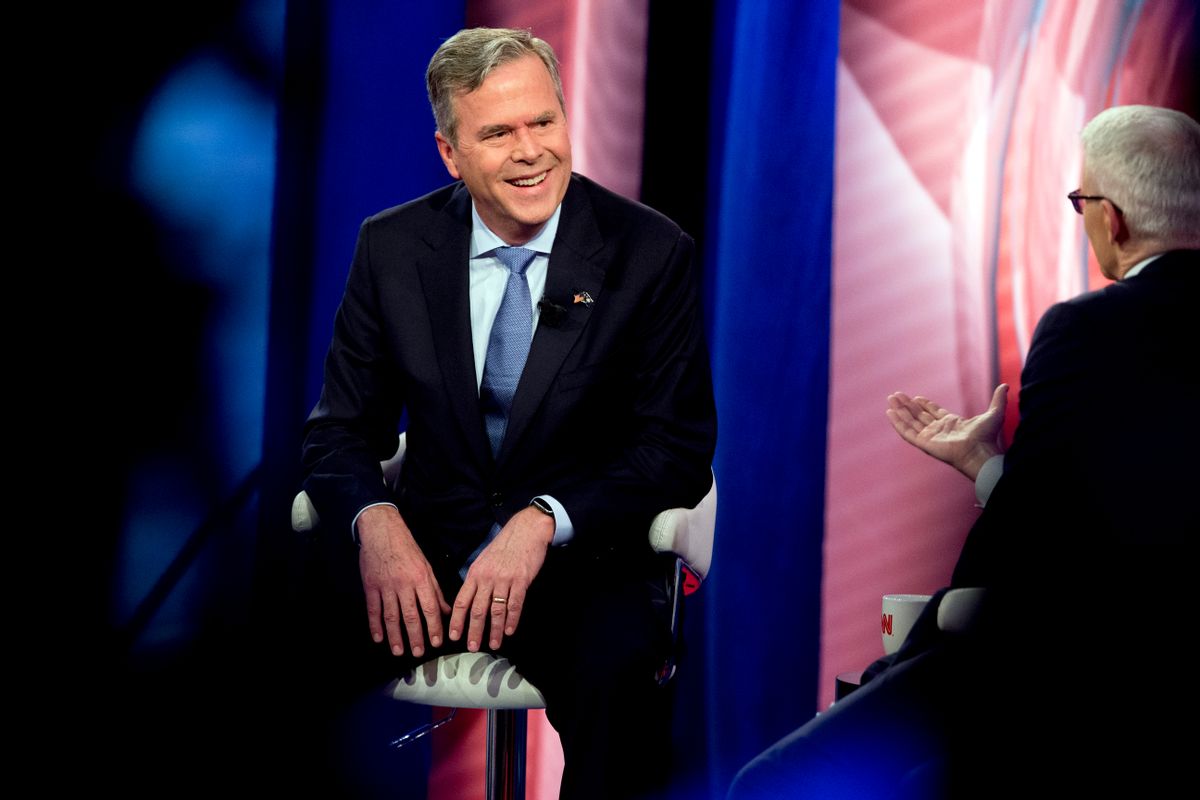 Perhaps as a last ditch effort to save himself from a South Carolina embarrassment, Jeb Bush attempted to paint himself as the lone reasonable Republican presidential candidate during Thursday night's CNN town hall, admitting that if he were in President Obama's position he would likely fulfill his constitutional duty despite cries of obstruction from the other party and would nominate a Supreme Court justice.

"I'm an Article II guy," the erstwhile frontrunner and soon to be also-ran said casually. "We should be respectful of the Constitution, but whatever powers are afforded to the Presidency, the president ought to use them. They are there for a purpose."

“Would I nominate someone? I probably would,” Bush admitted.

Still, Bush had no hesitation blaming "this current environment" for his apparent hypocrisy, arguing that "where you have such a divisive kind of environment in Washington ... it probably is better to have a — make this part of the election,” rather than allow the President his constitutionally obligated nominee.

Bush echoed what he told CNN shortly after Scalia's passing. Bush acknowledged that the President has "every right to" nominate a successor to Scalia's vacant seat with 11 months left in his term, however, the former Florida governor encouraged the Republican Senate to block any nominee "who is out of the mainstream."

“I’ll tell you the kind of person I would pick. It would be someone who did not aspire to legislate from the bench. It would be someone with a deep intellectual acumen and persuasive skills because this is a collaborative body. You have to sway people toward our view, toward your opinion, the majority opinion,” Bush said.

Unfortunately for Bush's chances of becoming the Republican president to reap the fruit of the Republican Senate's obstruction, the latest poll in South Carolina -- which votes on Saturday -- places Jeb! at a distant fourth.