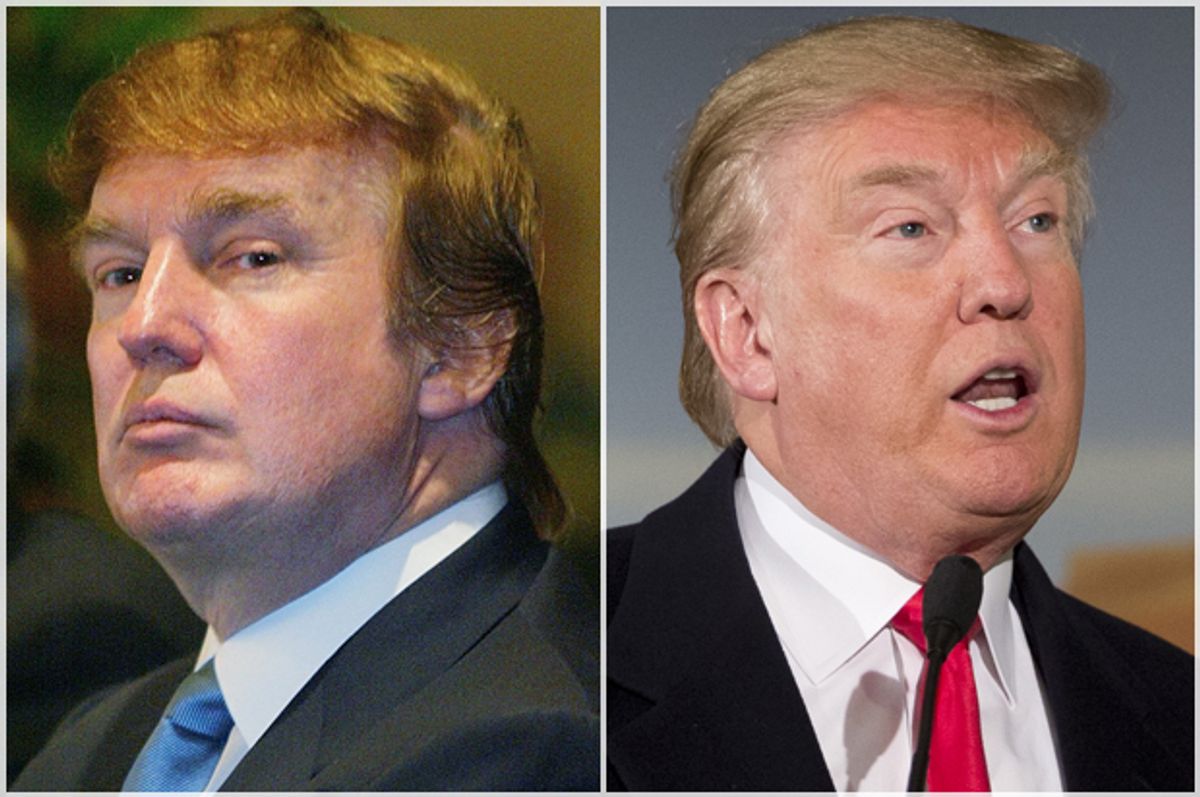 Donald Trump will be the first to tell you that Donald Trump has always opposed the Iraq War. Trump has used his self-professed prescience on Iraq to attack opponents throughout the campaign, but he has been unable to produce evidence that he publicly opposed the war before it began. Instead, Trump's record shows that he had previously considered a strike against Iraq and publicly supported the war several months before it began.

In his 2000 book, "The America We Deserve," Trump didn't rule out a preemptive attack on the Saddam Hussein regime: "[I]f we decide a strike against Iraq is necessary, it is madness not to carry the mission to its conclusion."

Then in September 2002, one month before Congress voted to authorize the Iraq War, Trump said he was in favor of invading Iraq, as BuzzFeed's Andrew Kaczynski and Nathan McDermott first reported. Asked by Howard Stern whether he supported an invasion, Trump responded, "Yeah, I guess so. I wish the first time it was done correctly."

Asked about the Stern interview during Thursday's CNN town hall event,  Trump downplayed his statement: “I could have said that. Nobody asked me that. I wasn’t a politician. It was probably the first time anyone has asked me that question [...] By the time the war started, I was against it, and shortly thereafter, I was really against."

Public comments indicating that Trump changed his mind between the Stern interview and the start of the war have yet to surface, but the record shows that Trump has been consistent in his opposition since soon after the war began.

In March 2003, just days after the Iraq invasion began, the Washington Post quoted Trump as saying, "The war's a mess."

Trump was scathingly critical of the Bush administration's foreign policy in August 2004. "Look at the war in Iraq and the mess that we're in. I would never have handled it that way," Trump told Esquire. "What was the purpose of this whole thing? Hundreds and hundreds of young people killed."

Bush has recently backed off from calling former President George W. Bush a liar, but in 2008 Trump went so far as to advocate for impeachment proceedings against Bush. "It just seemed like [Nancy Pelosi] was really going to look to impeach Bush and get him out of office. Which personally I think would have been a wonderful thing," he said in an interview with CNN's Wolf Blitzer. "Bush got us into this horrible war with lies, by lying. By saying they had WMDs, by saying all sorts of things that happened not to be true."

Ever the businessman, Trump's opposition for the war hasn't stopped him from claiming that the U.S. was not aggressive enough in "taking the oil" during the conflict: