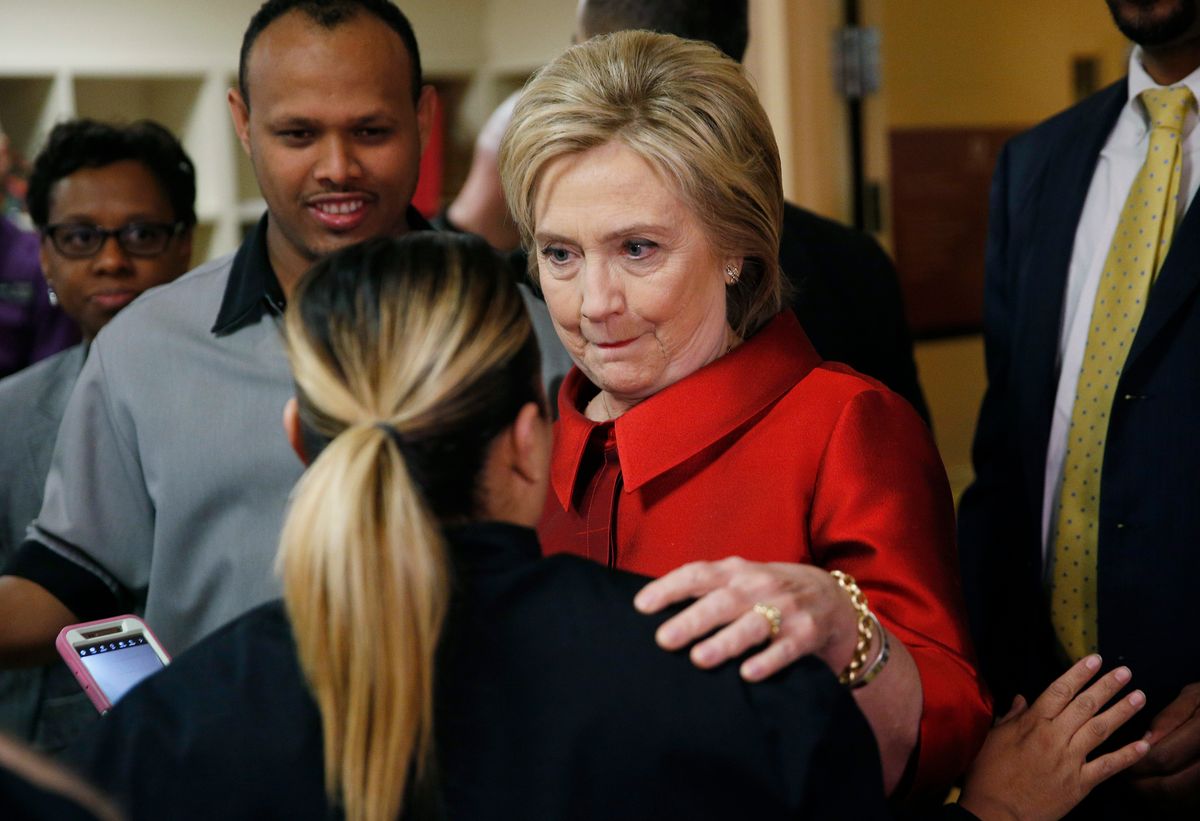 LAS VEGAS (AP) — Hillary Clinton seized the momentum in the fierce fight for the Democratic presidential nomination, turning back a challenge from Bernie Sanders in Nevada's caucuses on Saturday and pushing toward even friendlier primaries in the South.

"The future that we want is within our grasp," the former secretary of state, first lady and senator told cheering supporters after her Nevada win.

The numbers back her up in her second bid for the presidency. If Clinton solidifies her support among black voters over the next month and wins the Southern contests, she could amass a significant number of delegates in the push toward the 2,383 needed to win the nomination.

There are more than 1,400 delegates at stake in states such as South Carolina, Georgia, Alabama, Tennessee and Louisiana, and depending on the outcome and proportional allocation of delegates, Clinton could build a comfortable lead.

Wins also could drive superdelegates to her candidacy. She currently holds a sizable lead among those elected leaders and party officials.

Still, Sanders told his supporters after his Nevada loss: "The wind is at our backs. We have the momentum."

After a devastating, double-digit loss to Sanders in New Hampshire, Clinton prevailed in Nevada with the backing of women, union workers, minorities, moderates and voters who are certain she will have a better shot at winning in November, according to entrance polls.

A large majority of blacks supported Clinton, an outcome that bodes well for Clinton in South Carolina on Feb. 27.

Alma Lopez, 45, was among a group of housekeepers from the Bellagio waiting to enter a caucus site at the nearby Caesars Palace hotel. Lopez and her co-workers broke into chants of "Hillary!" as they waited.

"She understands what it means to be a woman, a mother, a human being," Lopez said.

The 57,000-member Culinary Workers Union didn't endorse in the election, but it circulated literature ensuring its members knew where and when to caucus and had staff ensure they were able to get to their sites Saturday.

Senate Minority Leader Harry Reid, D-Nev., called casino bosses to ensure that workers would get paid time off to caucus. He also reached out to the union to try to encourage the group to push their members to caucus, even without a formal endorsement, according to aides.

The state party's initial estimates were that 80,000 Democrats caucused Saturday, about 10,000 more than most expected but still well below the nearly 120,000 who showed up in 2008.

Clinton's win in Nevada means she will pick up most of the state's delegates. With 35 at stake, Clinton will gain at least 18. Sanders will pick up at least 14.

Three delegates remain to be allocated, based on votes in the congressional districts.

Entrance polls of Nevada voters found that a third said the economy was their major concern, while a quarter cited income inequality — the centerpiece of Sanders' campaign.

Whites were split between the two candidates. Sanders did well with self-identified independents and two-thirds of those participating in a caucus for the first time.

The polling survey was conducted for AP and the television networks by Edison Research.