"Deadpool" gets cancer right: Debunking the "hero" survivor myth, one smart-aleck joke at a time

Cancer didn't make me a hero, it just made me angry, sad and sick—and now I feel like an undeserving survivor, too 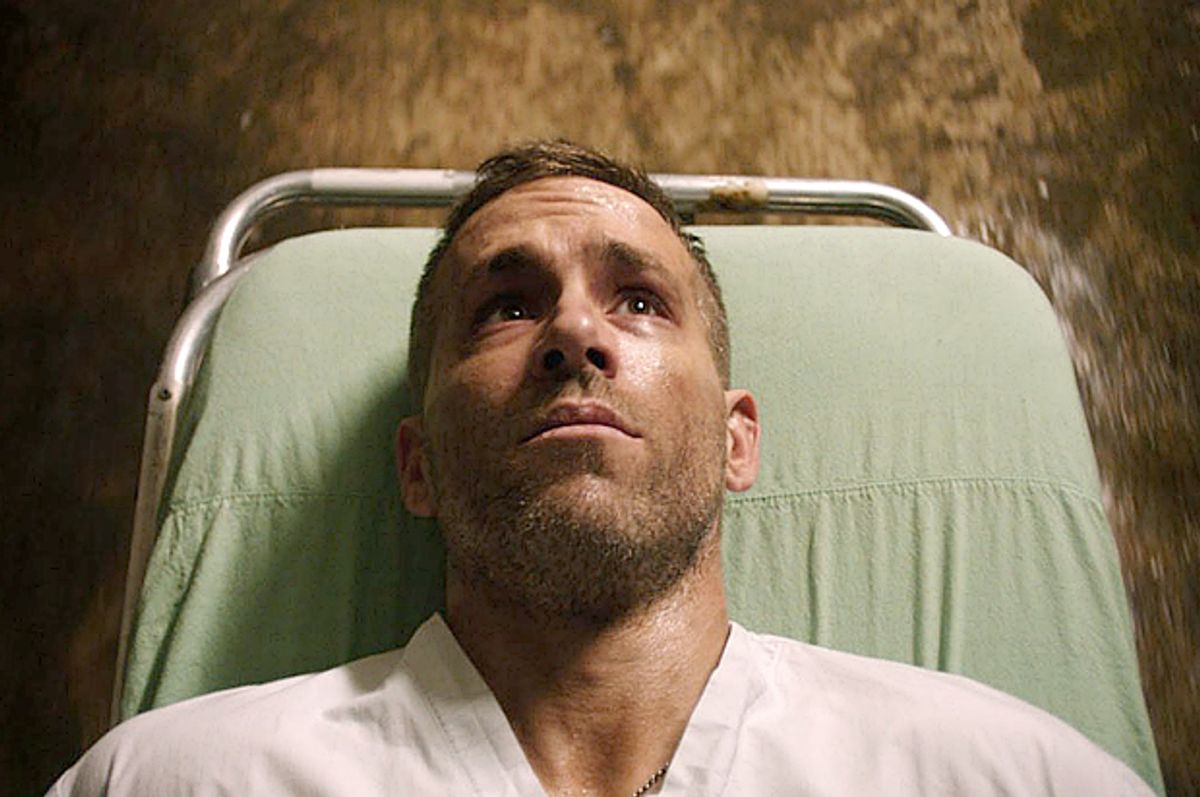 There’s not a moment of my day where I don’t feel like a failed superhero. Unlike your more “inspirational” types of cancer survivor, I’m more focused on feeding my sweet tooth than my soul. Having cancer did not convince me to go skydiving or travel around the world. I did not develop a new understanding of feminism from losing my uterus, nor did I find religion in the well-lit chemotherapy cubicle. I never felt like the patients I’d seen on TV shows who put on a headscarf and walked into the office in Louboutins. The only thing cancer awarded me was definite proof that one day (possibly soon) I am going to die. And that is a fact I can now accept.

But I’ve also let down my friends. I’ve succumbed to depression and mind-numbing anxiety. I get to watch my hair grow back from the 12 rounds of chemo I received over the past three years and feel bitter about how it looks. Mostly, I just feel shitty about surviving. I conquered ovarian cancer two times and there’s not a day goes by that I don’t feel resentful of the term “survivor.”

At the movies, I can forget about how pissed off I am. I just saw “Deadpool,” which — besides making me fall in love all over again with the Merc with the Mouth — reminds me that the cancer trope is still going strong in Hollywood. Of course, cancer was in Deadpool’s original comic back story — handsome smartass Wade Wilson goes in for what he believes is a cure for his terminal illness and comes out looking like a dehydrated potato. I found myself drawn to the character back in 2013 when I was first diagnosed, searching online message boards looking for something about cancer that could really make me fucking laugh.

But what really sold the character to me was this defining scene from the film adaptation: We see Wade pack up his bags and take one last loving look at his girl Vanessa, and he says, “The worst part about cancer isn’t what it does to you, but what it does to everyone else in your life.” My shoulders stiffen, and I cast a glance at my friends, who don’t notice. I remember them struggling to distract me with Mad Libs and wine the night they were given the heavy job of cutting my hair. I can still see my mother’s face when I awoke from surgery — her simultaneous need to comfort and mourn her only child. I still remember the silences, the unspoken questions, their need to be as close and as far away as possible from the situation, which is to say me.

Most of my scars are on the inside, as seen by any of my recent CT scans. After scooping me out like a melon, they stitched me up and sent me home to await my chemo cocktail. The scenes of Wade Wilson’s torture in the film hit uncomfortably home. During my treatment, I was hooked up to an IV and told that the only way it works is to basically destroy everything in its path, not just the cancer. Watching thugs beat the shit out of Wade in order to activate his mutation vaguely reminds me of lying back in a recliner as I suffered an allergic reaction to Carboplatin and passed out from anaphylactic shock. As he’s dipped in ice water, I remember rubbing my feet together like fire sticks, hoping to ease some of the pain out of my joints. I remember putting gauze in between my thighs and watching as the skin peeled off after multiple rounds of radiation. And, like Deadpool, I remember saying “fuck” quite often.

Of course, the tragedy of it all is easy to relate — almost any movie involving cancer goes to some pains to show what it’s like to suffer through such a disease. Then the miracle treatment, the wide shot of a smiling survivor running a hand over her peach fuzz head, newly engaged to her lover, the crowd of supportive, bald-headed fellow patient friends. Or illness is smudged blue eyeliner and pale, moist faces, not the brick red chemo flush on dry cheeks I remember too well. The movie ends with a cure, or else some uplifting understanding about why bad things happen to good people and how it’s time to embrace today and the future, if we get one.

So often cancer “survivor” flicks fuel the idea that life will return to normal, one way or another, and the disease will soon be a smudge on the rearview mirror. So why am I so grateful to “Deadpool” in particular? Why did I sit in my seat smiling, even when I found some of the movie’s jokes slightly sexist? Because this might be the first time I’ve ever watched a movie about cancer and found that the lead openly admits something that took me a year of therapy to understand: You’re never the same again.

The truth is bad things happen to all kinds of people, and when cancer doesn’t kill you, you can still feel like a bad person — the undeserving survivor. When remission is confirmed and your hair grows back, and you finally find yourself home from the hospital and back in the office, nobody mentions that you might start to drive yourself batshit insane obsessing over the what-ifs while mapping out a kill list of post-cancer appointments. Your mind has gone to mush from anxiety and chemo brain. It’s easy to forget that the people around you love you, Freddy Krueger face and all.

The scene where Wade sits by the window alone, crying silently, only to sop up his tears and rejoin his girlfriend in bed when she calls for him resonates. I get up in the morning, watch the sun come up on my dirty clothes hamper and ignore all my messages. I’ve dried many tears only to go back into a roomful of people and make a joke about Taylor Swift.

I don’t want to be a survivor because I don’t feel like I survived anything — I was stuffed back into a suit of who I once was, and I’ve struggled to go back to the people who mattered in my life. I walk around with bits of me missing, and they can’t grow back. I’m ugly on the inside, and while it doesn’t have to stay like that, I do know that I am permanently scarred. Survival doesn’t always guarantee happiness. Wearing a cape only looks slightly cooler than walking around bald with a catheter, after all.

I’m thankful “Deadpool” is a success. I’m thankful Ryan Reynolds brought one of the most scandalous Marvel characters to life in the best of ways, and I’m thankful that they didn’t try to make a hero movie for kids — or even a hero movie at all. Deadpool doesn’t reject being a superhero because it’s cool not to care, but because the meaning of “hero” has shifted. Wade Wilson got handed a raw deal and now he’s got to put up with scars for the rest of his life. With immortality, of course, comes great pains in the ass. He might find a way to move on from the trauma of terminal illness through this mixture of insanity and violence. I, on the other hand, will just shell out for another three trips to the theater until the DVD comes out. And for a couple of hours, at least, I’ll get to feel like someone in the world wrote a story that understands people who reject the term “survivor,” including those of us who have suffered through a potentially fatal disease and are now living a little less mentally stable than before.