Al Sharpton: Donald Trump is like what "Don King would have been if he'd been born white" 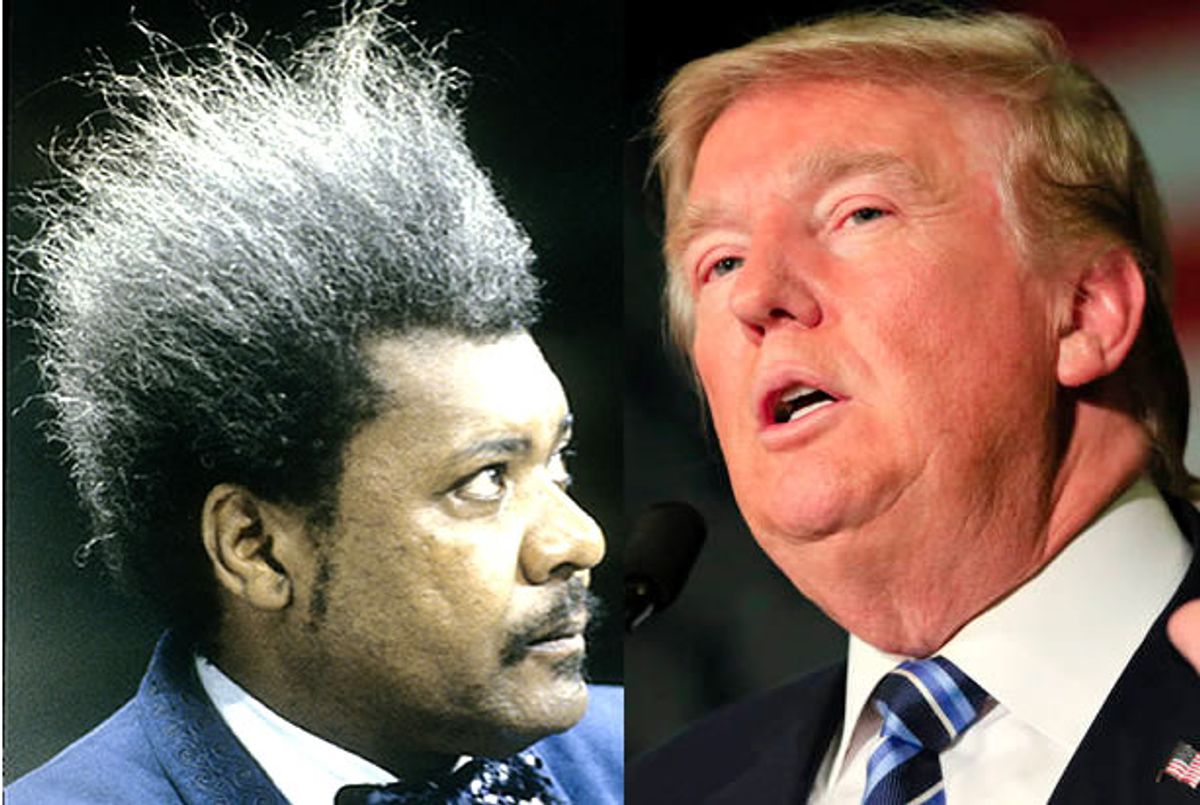 In an interview with Politico's Glenn Thrush, the Reverend Al Sharpton said he knew how to talk to other black people about who and what Donald Trump is -- but the comparison isn't exactly flattering.

"I think what he has said has been biased and bigoted, but I don’t know if Donald Trump is really a bigoted guy," Sharpton began. But "[t]he best way I can describe Donald Trump to friends is to say if Don King had been born white he’d be Donald Trump."

"Both of them are great self-promoters and great at just continuing to talk even if you’re not talking back at them."

The comparison wasn't idle one, as he recounted a private flight with Trump and King he once took. "Don King had me fly with him and Trump to Atlantic in Trump’s helicopter, and it was one of the most memorable things in my life to sit on that big, black Trump helicopter, both of them talking nonstop, not listening to each other. And I'm sitting there. It was probably the longest ride I ever was on. Both of them shut me up."

"I haven't been quiet since," he added.

Sharpton also noted that Cruz's attack on Trump and his "New York values" may have hit close to home, as it's possible the Donald possesses a charm only visible to New Yorkers. "I mean, I don’t like what he’s doing, but I don’t dislike him. He’s the kind of personality that is hard to dislike. He’s entertaining, let's put it that way -- you’d have to be a New Yorker to understand him."

Listen to the entire interview below via SoundCloud.