GOP's Constitution hypocrisy: Supreme Court drama proves top Republicans are only loyal to the "law of the land" when it's convenient

The GOP claims faithful observance to the Constitution, but was quick to toss it out the window when Scalia died 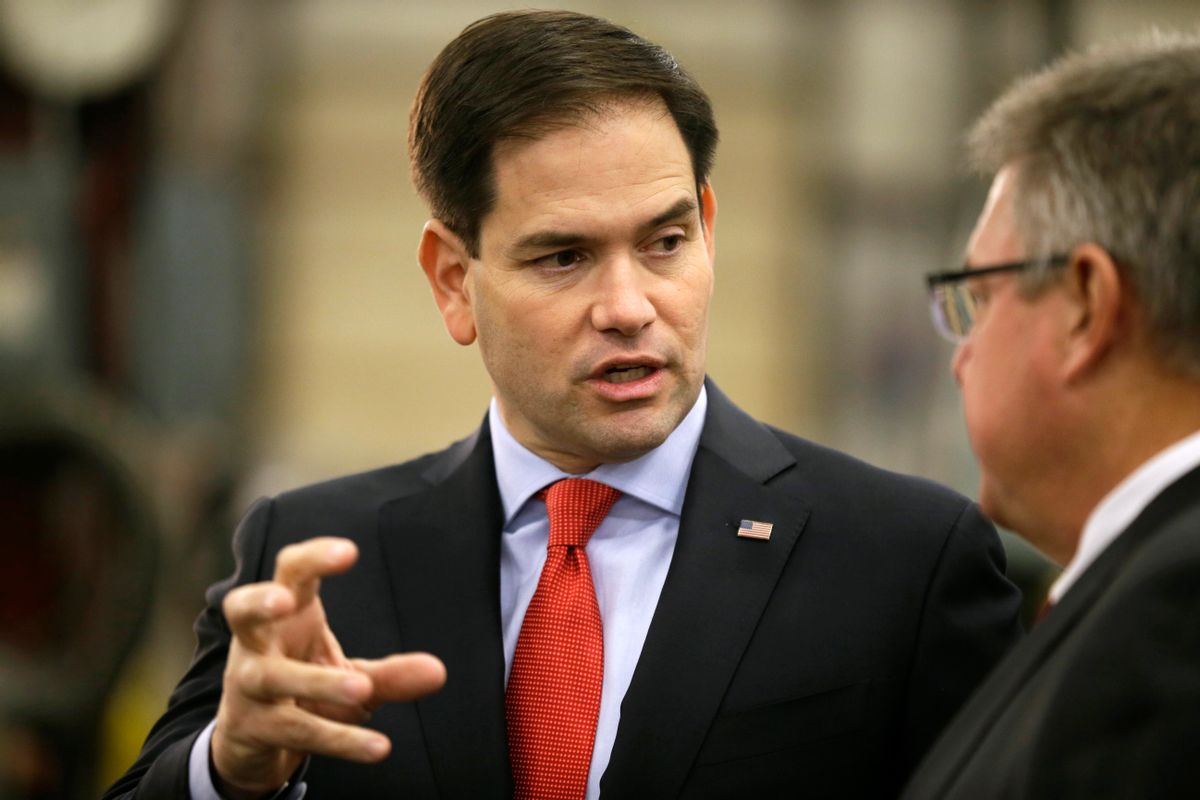 The Republicans claim to hold nothing so near and dear as the U.S. Constitution.

They constantly remind us of this. We hear it over and over again. It’s a big applause line in the stump speeches of just about every Republican candidate running for president. Well, maybe except for Donald Trump, that is. But Trump can be forgiven for failing to harp on the Constitution because he may not be aware of it.

The faithful of the Republican Party constantly boast of their superior devotion to the Constitution. Ted Cruz even dedicates an entire section of his campaign website to this theme that is emblazoned with the title, “Restore the Constitution.”

And the Republicans baselessly accuse the Democrats, especially President Barack Obama, of failing to abide by the text of the Constitution.  “Barack Obama wants us to abandon [our American] principles,” charges Marco Rubio, so much so that Obama "has spent seven years putting in place policies that rip them from us, [including] undermining the Constitution.”  Absurd, indeed.

But then came the death of Justice Antonin Scalia, the hero of Republicans for claiming to so strictly follow the text of the Constitution. This suddenly opened up a vacancy on the Supreme Court to be filled by President Obama.  A Democrat.  Horrors!

Immediately, the Republicans openly declared that the Republican-controlled Senate would refuse to so much as even consider any replacement nominees proposed by President Obama, regardless of who they might be, simply because this is the final year of Obama’s presidential term. Less than one hour after the news of the passing of Justice Scalia emerged, Sen. Mitch McConnell, the Republican Senate majority leader, declared that “this vacancy should not be filled until we have a new president.”

In fact, perhaps the most stunning aspect of this was the candor. One would have expected these Republicans to lie and deceive by publicly proclaiming that they would indeed welcome any nominee, but then privately they would have intentionally dragged-out the process in order to prevent any from actually being confirmed. Of course, this may turn out to be their Plan B.

But in their Plan A, the Republicans openly proclaimed that they would not even so much as consider any nominees whatsoever.  Even a senior Republican senator on the Senate Judiciary Committee, Orrin Hatch, backed the Republican party-line.  “Majority Leader McConnell has said this should be delayed until the next presidency,”  Hatch said, and “I kind of agree with that.”  He feebly attempted to justify his stance by saying “I don’t want to see it be a political hoopla, or a political mess.”

The only little problem with the Republican position, of course, is that there is no constitutional basis for it.

The Constitution grants to the president the power to nominate justices to the Supreme Court, and with the “advice and consent” of the Senate, these nominees shall be appointed.

So the Constitution clearly provides that it is the president who possesses the power to fill this current vacancy on the Supreme Court.

The Senate’s constitutional role of providing “advice and consent” is to consider the qualifications of the president’s nominee, and then to either approve or reject the nominee based upon his or her qualifications.

But nowhere does the Constitution allow the Senate to flat-out refuse to consider nominees put forth by the president.

Furthermore, the power to change the number of justices on the Supreme Court requires an act of Congress, and thus the Senate is unable to accomplish this on its own. So if the Senate were to refuse to consider any nominees whatsoever, not only would this amount to the Senate failing to perform its constitutional duties, but this would also have the effect of the Senate improperly usurping the power unto itself to change the number of sitting justices from 9 to 8. Hardly constitutional.

Our Constitution simply does not work this way.

My goodness, for the party that proclaims such faithful observance to the Constitution, the Republicans sure were quick to toss it right out the window.