"Here for the right reasons": Why people really agree to go on "The Bachelor"

Sure, some are fame-seekers—but the other reasons why people sign on to dating shows might surprise you 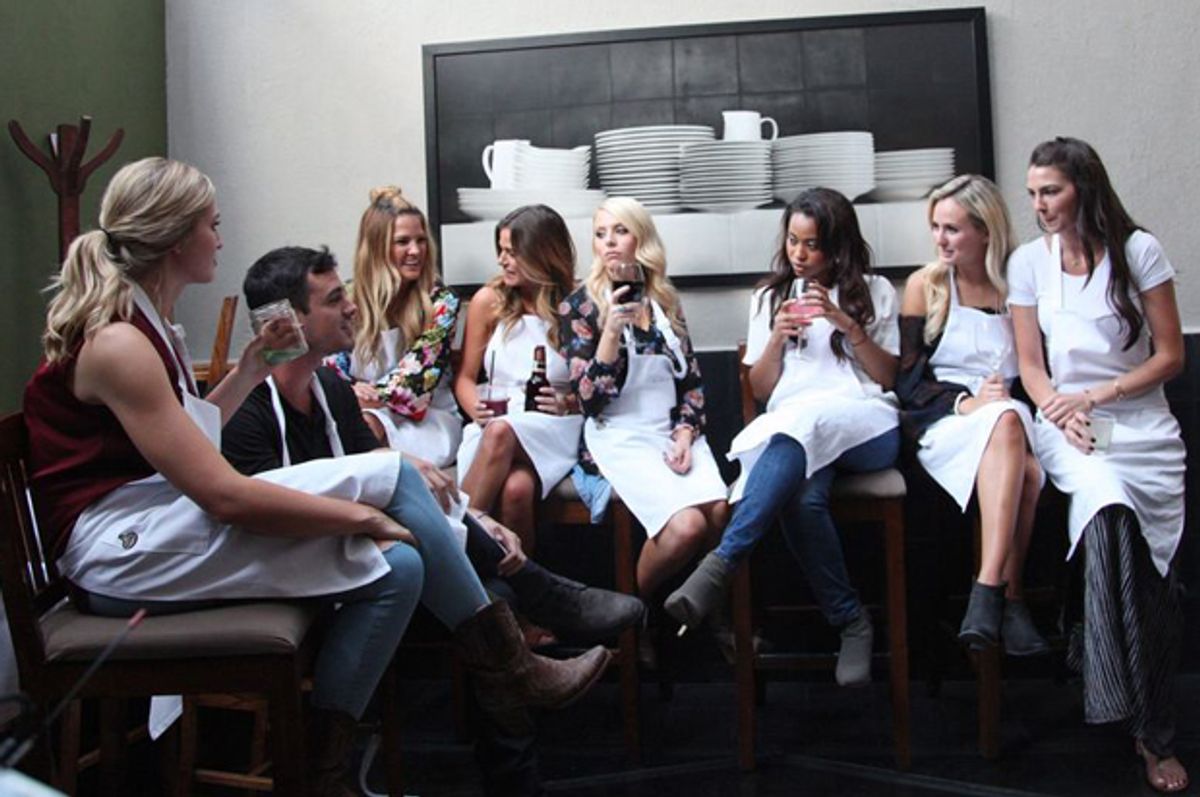 Anyone who has watched ABC's "The Bachelor," "The Bachelorette" or "Bachelor in Paradise" has seen a contestant come under fire for being "there for the wrong reasons," typically referring to fame. The oft-cited "right reason" to compete for the Bachelor or Bachelorette's heart and hand is "to find love."

But are the majority of competitors truly on the show for romance? And if they are, why do they choose a filmed 25-person competition over dating off camera with typical odds?

“Television gets in the way of finding real romance,” said University of California at Davis sociologist Laura Grindstaff. “It's a visual medium. You're not getting to know their personalities as well as you might in other circumstances, so it's much easier for people to succeed when they're very good-looking and they're aiming to promote themselves and their own performances.”

“Reality Steve” Carbone, who has blogged about the Bachelor franchise for 12 years and spoken to over 50 contestants, agreed.

“I'm almost putting the number at 100 percent — they're all out to build a brand,” said Carbone. “They don't care about having a spouse. They know they have a one-in-25 shot. It’s not about that. It's basically about getting out of town, free travel, meeting girls that are going to be lifelong friends, and about 78th on their list is finding a husband.”

“The people that I have acquaintance with really get off on the fact that strangers on the Internet compliment them," Carbone continued. "They’re feeling this assurance every day, like, ‘Oh, my God, you looked so pretty’ or ‘I love your crop top.’ And they love it because in their boring lives, they don't get compliments.”

Carbone pointed out that social media celebrities can get paid for promoting products on their accounts. Confirming this theory, two-time "Bachelorette" runner-up Nick Viall told Bustle he was building his Instagram following to make money off his page.

The rare exceptions, Carbone said, are contestants who were “naive to the process and didn't realize the opportunities that could come from it.”

Such was the case for Stephanie Simons, who entered "The Bachelor" in 2005. “Going on reality TV was the perfect little escape from reality,” she said. “We were all fueled by high hopes… and the chance to go to Paris, all expenses paid.” The show’s staff enticed potential contestants, she added, “making you feel like they've scoured the ends of the Earth to find your true match.”

“We were locked in a hotel room for days, and the crew talked about nothing but this mystery guy,” she recounted. “They talked him up incessantly as though he was the man with the golden undies, and they threw the word ‘soulmate’ around a lot. I later heard they 'discovered' him at a dive bar in Tennessee and gave him a makeover. … Nowadays, it's different and contestants aren't as naive as I was.”

Carbone maintains that these innocent contestants only existed during the show’s nascent years. More recent competitors, who can witness former cast members’ lives on social media, are without exception fame-seeking, he said — and he doesn’t think they’re fooling themselves. "They know deep down this is really why they're doing it, but they would never admit it publicly because people wouldn't like them,” he said.

Not so for former Bachelor Prince Lorenzo Borghese, who unapologetically admits he went on "The Bachelor" and five more reality shows to further his cosmetics business and animal rescue organization. “I wanted to promote my charity work and my business, and it's a great platform for that. It gives you a voice,” he explained. “And if anyone tells you they did it just to find love, they're lying to you.”

Borghese sees no problem with his motives, since he was also open to getting married. “I think if you can do two things at one time, where you can maybe find your spouse and promote your brand, why wouldn't you? If you're just going on there to find love, go on Match.com.”

It might be tempting to assume that anyone who would date in a setting where their every move, at least outside the bathroom, could be caught on camera and used as fodder for drama is in it for the publicity as Grindstaff, Carbone and Borghese theorize.

But maybe there’s a more complicated story to tell about why people date on reality TV.

University of San Francisco sociologist Joshua Gamson agreed fame is often a factor — but observed another, more benevolent possible motive at work. “If their goal is to date, ['The Bachelor'] seems in some ways an efficient way to go about it because it's structured and there are tests,” he said. “In the real world, there isn't a format.”

Few people get guaranteed face time with an eligible, pre-screened bachelor or bachelorette assessing them as a potential spouse from the get-go, he explained. Although online dating provides some transparency into what people are seeking, there's no itinerary of date activities or two-month timeline to get engaged, nor is there an opportunity to watch your date handle various situations on TV before you even meet.

Though contestants' chances are at 1-in-25 when they enter, some prefer that to completely unknown odds, said Gamson. Competitors can watch their chances rise with each episode, and if they’re in the final two, they know there’s a 50 percent chance they’ll get engaged. Normally, daters have no idea whom they're up against or whether there will be a proposal if they're the last left standing.

Leslie Hughes, who competed on Sean Lowe’s "Bachelor" season in 2013, observed another upside of televised dating: Contestants are cut off from everything else. “There is no distraction,” she said. “You don't have cellphones. You don't have music. You don't have books. You can’t check your phone. That is an advantage to fall in love quicker.”

Desiree Siegfried, who appeared on Lowe’s season as well before meeting her husband, Chris, as the Bachelorette, said she also benefited from the show’s structure, since its stars are forced to date people who aren’t their usual type. “You are meeting people that you would never normally meet — and maybe even guys you would never even think about dating,” she said. “But you're put in this to find out more about them.”

But even Bachelor Nation sweetheart Siegfried admits she didn’t enter "The Bachelor" with a “here to find love” mentality.

“I was recently out of a relationship and moved to LA, and I just wanted a change,” she said. “I was like, ‘that looks like an adventure,’ and that was the only reason I applied. I thought it was a joke.”

Siegfried said her husband, who was recruited while walking around Seattle, had a similar attitude. “We didn't really have a clue what to expect,” she recalled. “I think it's perfectly fine to go into it thinking that it will be a fun adventure. But, with that said, you have to be open.”

On Siegfried’s season, the men performed a song called “All the Right Reasons” to assure her they were there to fall in love. But in her mind, that’s not the only “right reason.” In fact, she’s skeptical when "Bachelor" contestants come in expecting romance.

“There's quite a few girls who will just build up this connection in their heads before even meeting [the Bachelor], and I don't know if that's necessarily the right way to go about it,” she said.

Love — or at least the expectation of it — may not be the “right reason” after all.

Perhaps the purest incentive to go on "The Bachelor" is the adventure that beckoned Siegfried. After all, pursuing outcomes other than love doesn’t preclude the possibility of finding it.

Even cynical Reality Steve admitted that people fall in love on dating shows. “All this show does is allow two people who wouldn't normally meet to meet,” he said. Indeed, seven marriages — and zero divorces — have come out of "The Bachelor," "The Bachelorette" and "Bachelor in Paradise" (if you count Bachelor Jason Mesnick, who married his runner-up).

“It's a weird way to fall in love, but it's got this intensity to it,” said Gamson. “If you believe you're meant to be with somebody and fate brings them your way, there's no reason to think a TV show couldn't be that hand of fate.”