She even kept their seventh grade break-up letter. 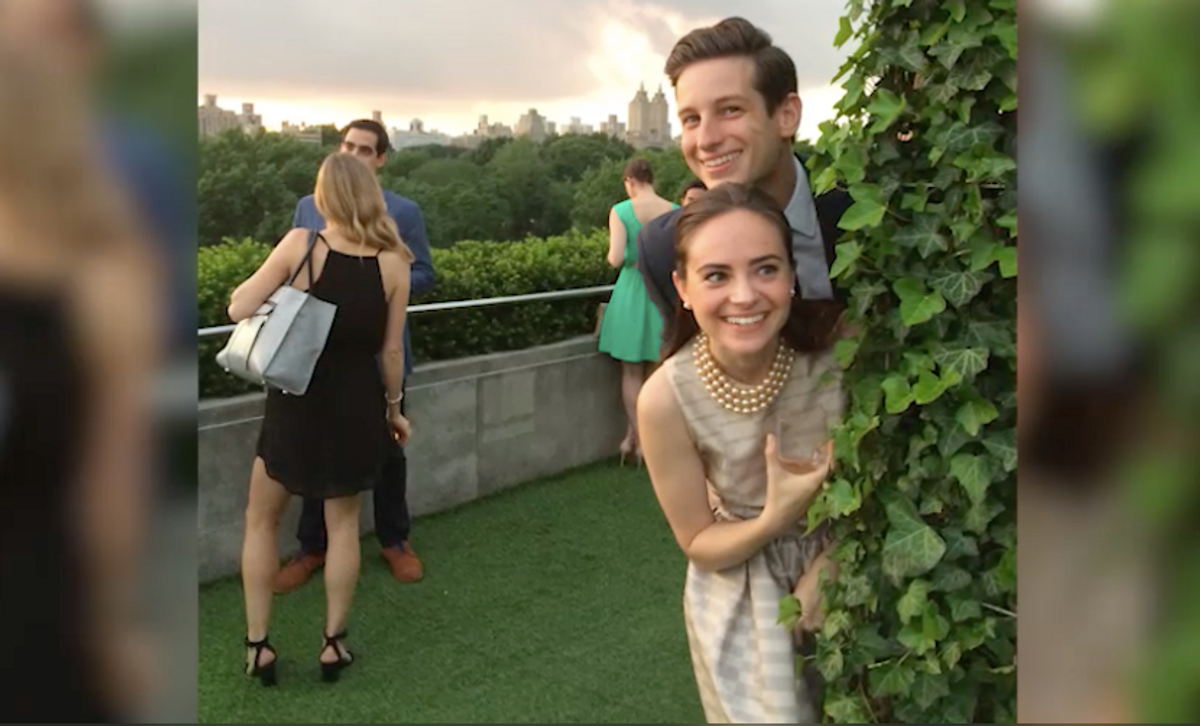 Jamie and Jon's romance began on the playground. In fourth grade, they would call each other up on their 90's style landlines. In seventh grade, Jamie broke up with Jon after she thought she saw him with another girl. Jon wrote her a letter to try to win her back-- which she has still kept until this day.

10 years later, they reconnect at a party and pick up right where they had left off. Watch our video for their story.