The right's SCOTUS unreality: Republicans are justifying obstructionism by just making stuff up 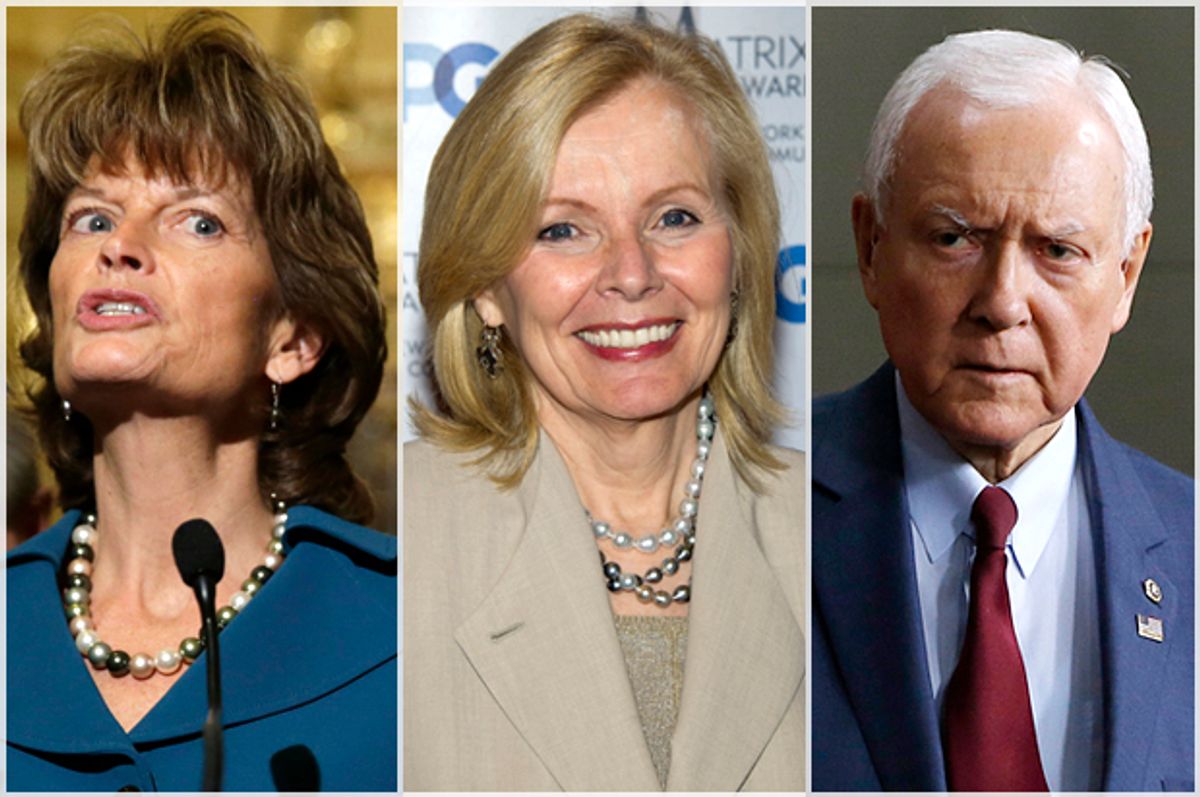 Having made the decision to block any attempt to fill the late Antonin Scalia’s Supreme Court seat, Republicans and conservatives have set about figuring out ways to retroactively justify that position. It’s a difficult task, given the politically fraught nature of such unyielding obstructionism, but they have an interest in maintaining the illusion that their opposition is rooted in some sort of principle and is not just an expression of lust for political power. The problem they encounter is that there is no actual principle that justifies blocking a Supreme Court nominee for nearly a year and denying them so much as a confirmation hearing. To get around this hurdle, they appear to have settled on a novel tactic: They’re just going to make stuff up.

Not surprisingly, much of this nonsense is coming from Senate Republicans themselves. Senate Judiciary Committee member Orrin Hatch, who served up an astonishingly weak rationale for punting any Supreme Court nominations to the next president, went on Hugh Hewitt’s radio program last week and conjured the recently liberated spirit of Scalia himself to argue against confirming a new justice this year. “He knows that the Court can function with eight members,” Hatch said, speaking for the deceased justice. That’s a perfectly accurate statement of fact, but it’s not really responsive to the issue at hand. And, as BuzzFeed pointed out, the last time Hatch communed with the ghost of a recently departed Supreme Court justice – that of William Rehnquist in 2005 – he said that the message from the spirit world was for the president – then George W. Bush, a Republican – to move as quickly as possible to fill out the court’s depleted ranks. “He [Rehnquist] certainly would not want to take any – would not want us to take any action that would not have as full a complement of the court sitting the first Monday of October that we can put there,” Hatch said.

One of Hatch’s colleagues, Alaska Sen. Lisa Murkowski, went a different route. In the middle of a tweetstorm arguing that Barack Obama should not nominate Scalia’s successor, Murkowski wrote that  Obama should respect the long-established and widely recognized “tradition” of presidents handing off Supreme Court nominations to their successors in election years.

I urge Pres. Obama to follow a tradition embraced by both parties and allow his successor to select the next Supreme Court justice. (4/5)

As many people were quick to point out, this “tradition” has never actually been observed because it does not exist. She conjured it from nothing and tried to breathe moral and political authority into it because Murkowski wants people to believe that it’s the president – and not the Republican opposition – who is violating political norms by simply doing what the Constitution explicitly empowers him to do.

Outside Congress, conservative pundits are busily doing their part to invent reasons for why Obama should stay his own hand and hold back on nominating another justice. The Wall Street Journal’s Peggy Noonan argued last week, in terribly Peggy Noonan-ish fashion, that Obama should stand down because the court requires “balance” and any upset to that “balance” will make Americans sad.

When the court is roughly balanced, 5-4, the public is allowed to assume some rough approximation of justice will occur—that something that looks like justice will be handed down. There will be chafing and disappointments. ObamaCare will be upheld. Yay! Boo! Gay marriage will be instituted across the land. Yay! Boo!

When the balance of the court tips too much one way, it invites people to see injustice and bully politics. It invites unease and protest.

OK, but we’re not talking about the court suddenly becoming an overwhelmingly liberal institution. The shift in the “balance” Noonan is talking about would give liberals the same bare majority conservatives have enjoyed for years.

More important, Noonan’s concern over court “balance” seems to be a recent phenomenon. Now that the 5-4 conservative majority is threatened, she argues that 5-4 decisions on important cases are actually good and necessary because they impart credibility and leave the public feeling satisfied with American jurisprudence. But last year she argued that 5-4 splits in “landmark” Supreme Court cases – like the gay marriage ruling – were a regrettable symptom of toxic polarization, and that unanimous decisions on cases like these offered more legitimacy:

Unanimous decisions tend to quell dissent; they confer an air of inarguable legitimacy, even inevitability. Whatever your own views, you as a citizen must acknowledge that nine lawyers, presumably skilled interpreters of the Constitution who hold different judicial and political philosophies, were able to agree on the charged issue at hand. Unanimous decisions rob opponents of arguments.

Landmark decisions based on narrow splits reflect a continuing breach.

The conservative dissents in that particular 5-4 decision, she wrote at the time, could “hardly get more ominous, more full of warning.” Now, writing about the same case, she says the closeness of the decision helps people “accept the court’s ruling” and quashes “unease and protest.” But Noonan, like her ideological cohorts in the Senate, flipped her rationale and invented some new long-standing principles to comport with the changed political environment.