Politics is often joyless — but when it isn't, it really, really isn't 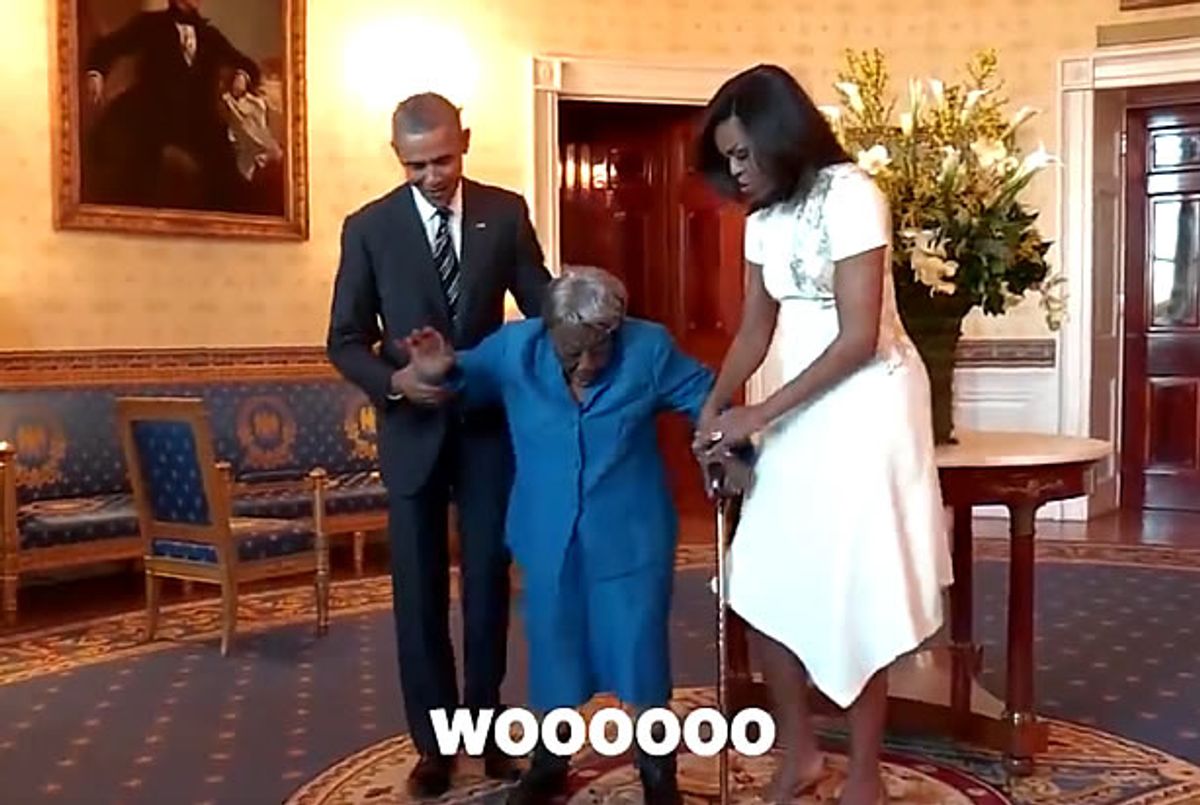 So much of the news we bring you here at Salon revolves around the current election cycle, so it's nice to be reminded, on occasion, of what happened the last time 'round -- in this case, with a video of an ecstatic 106-year-old Virginia McLaurin meeting the president and first lady at the White House.

Her exclamation on being introduced to Barack Obama, the dancing that followed, and her declaration that "I thought I would never live to get in The White House, and I tell you, I am so happy!" are just what's needed before another week of having to ponder the general awfulness of the GOP field, the loathsomeness of the Bernie Bros., and the cries of sexism from the Clinton camp.

Watch the entire exchange below via the White House.