Why Bernie Sanders won the Democratic primary — even if he loses

While Hillary Clinton has the inside track to the nomination, Sanders has nonetheless made his mark on history 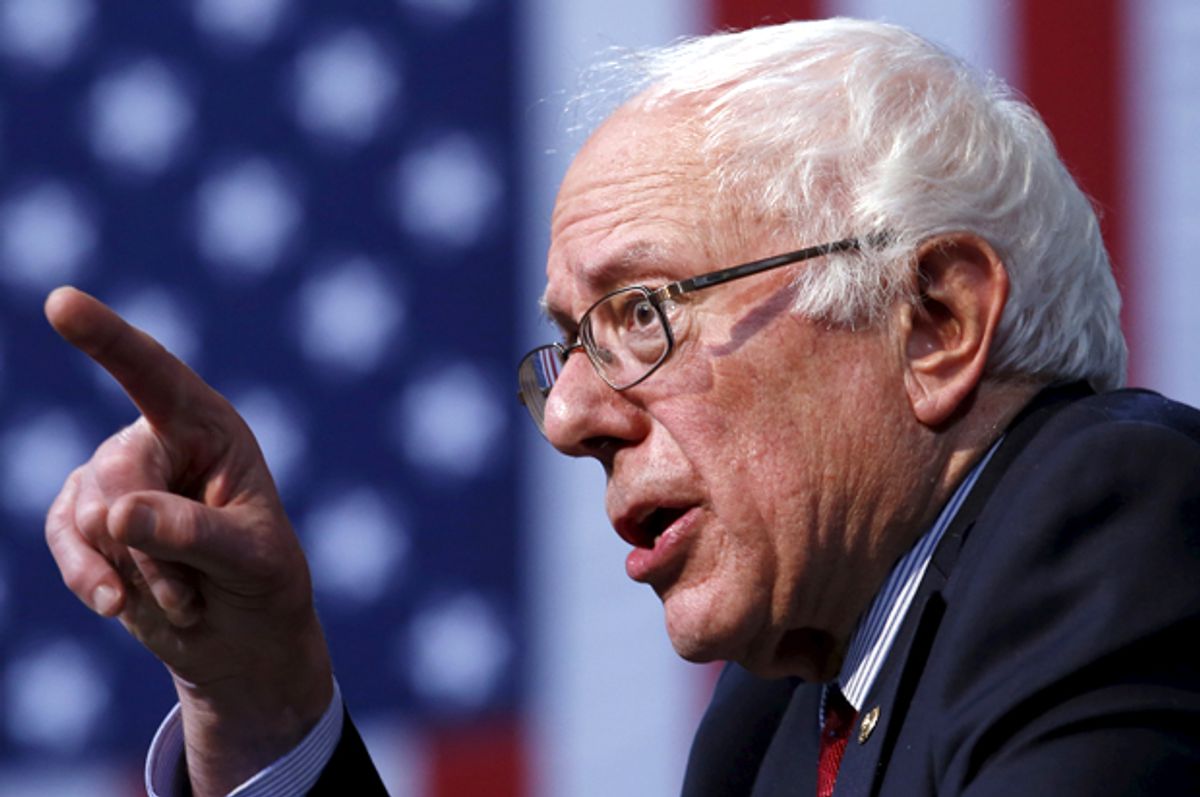 Bernie Sanders is winning. Maybe not in terms of delegates, but what's become increasingly obvious over the last month or so is that for the first time in 50 years, the Overton Window appears to be slowly moving leftward. For this, Bernie ought to receive a significant share of the credit. Obviously, two terms of the Obama administration, helmed by arguably the most progressive chief executive since FDR, hasn't hurt either. But the best indicator of this leftward voyage has been Hillary Clinton's cleverly perceptive adaptation of Bernie's positions.

(The Overton Window, by the way, conceptualizes the scope of the political debate on the ideological spectrum. As the accepted terms of the debate grow more conservative, for example, the window moves rightward, and vice versa.)

“I think people are responding to our message of a rigged economy where ordinary Americans work longer hours for lower wages… a corrupt campaign finance system… I think our message is resonating, and obviously the proof of that is that Hillary Clinton is more or less echoing much of what we are saying.”

It's unclear whether "echoing" is meant to be a slam against the Democratic frontrunner, but it shouldn't be. Indeed, the original intent of Bernie's candidacy was to exploit the process as a means of selling a decidedly far-left agenda with a message conveying the reality that a not insignificant percentage of Americans actually hold these same positions. (Polls show that while Americans eschew the word "liberal," they tend to hold liberal positions when asked about specific issues.) The problem has been a half century of demonization of liberalism and the core values that drive it, forcing many to forsake their inner Bernie. That being said, many Bernie supporters have been oddly critical of Hillary for doing precisely what she was supposed to do: tacking to the left due to Bernie's profound influence on this year's contest. In fact, Bernie supporters would do well to applaud rather than hector Clinton, if for no other reason than to hold her to her yooge shift leftward.

Ironically, way back in 1964, Clinton supported then-far-right conservative Republican Barry Goldwater for president. After Goldwater was utterly destroyed by Lyndon Johnson in an unequivocal landslide, the conservative movement was forced to rebuild practically from scratch. Part of its rebirth included turning "liberal" into a four-letter word that no decent American would identify with in public or elsewhere. The re-emergence of Richard Nixon in 1968 and the disastrous Democratic convention that same year in Chicago certainly didn't hurt the cause against liberalism. George McGovern's failure in 1972 and Jimmy Carter's lackluster presidency aded insult to injury at a time when Watergate should've otherwise doomed conservative Republicans to the political wilderness. Then Reaganomics happened, and it seemed as if we'd never see another viable liberal Democrat on the national stage.

And then there was 1992 and the rise of the Clinton machine. By many accounts, Bill Clinton ran and governed as a centrist Democrat who refused to embrace liberalism, both as a word and as a set of values. The era of Big Government, as Clinton famously said, appeared to end during those eight years, and the Overton Window continued its rightward march. Sure, that movement slowed during the 1990s, but when Clinton acquiesced to the Gingrich revolution on more than a few occasions, it was clear that it'd be a long while before another Democrat on the national stage boldly embraced the party's liberal core.

Following the nightmarish 2000 election, George W. Bush, Karl Rove and Dick Cheney were collectively poised to lock the Overton Window into its marriage with the far-right. However, the hubris and unforgivable incompetence of the Bush administration led us to Barack Obama who, for the first time, governed from an unapologetically liberal posture. Not all the time, of course, but Obama made it safe to identify as liberal again -- not merely "progressive," which popped up as a safer substitute word adopted by voters and leaders too timid to mutter the L-word in mixed company. Indeed, one of the myriad reasons why Obama has been so reviled on the far right is that for the first time in 50 years, a liberal president has been predominantly successful, both in terms of legislative achievements, real world results and solid approval ratings (given the extreme polarization of the electorate).

The real canary in the coal mine is Hillary Clinton, who began the early-2016 phase of her campaign by vocally embracing core liberal values. This never would've happened were it not for Bernie's involvement. It certainly didn't occur in 2008, even with the Richter-scale impact of Barack Obama. In that case, Hillary stood her ground with her flag planted firmly in the center. Not so this year.

Say what you will of his viability as a candidate or as a would-be president, Bernie's natural ability to own his democratic socialism and to boldly communicate liberal values to new generations of Americans has been a breath of fresh air. Cumulatively, Bernie and his people have begun to unwind 50 years of damage from a well-financed and oftentimes desperate conservative movement. (Another factor to consider is the weakening of the ideological backbone of conservatism at the hands of the horrifyingly failed leadership and clown-show politics of George Bush, Dick Cheney, Ted Cruz, Michigan Governor Rick Synder, Donald Trump, Sarah Palin and the like. We're rapidly learning that the elevation of empty-suits on the GOP side, thanks to the Tea Party, has revealed a level of rank incompetence, evidenced most recently in Flint, Michigan, a disaster that makes George W. Bush seem like the world's most effective technocrat.)

Regardless of how well Bernie performs in the next several primaries, history will record that he, along with Obama before him, reversed a trend that appeared unstoppable as recently as the 2010 midterms when the Tea Party "shellacked" Obama's first term momentum.

In addition to furthering his electoral goals, the best thing Bernie supporters could do as a means of honoring their candidate's legacy is to make sure the leftward momentum that he has achieved so far continues in earnest into the foreseeable future. This means two very specific tasks for Berners, in order to keep pulling the Overton Window leftward: 1) getting out the vote in the midterms and especially off-year elections when low turnout allows the GOP to seize more power at the state and local level, giving us Voter ID laws and the rolling back of reproductive rights, to name a few heinous things; and 2) pushing for the systemic changes necessary to achieving some of Bernie's legislative goals, namely reforming both the filibuster and gerrymandering, and, especially, getting money out of politics.

Conversely, the Bernie supporters who choose to opt out and go home after we have a Democratic nominee this year will prove themselves to be merely fair-weather followers of a personality cult rather than participants in a legitimate, meaningful grassroots movement. And if they seriously believe in what Bernie's campaign is all about, they'll redirect their energy into the midterms and off-year elections. It's the only way to continue the resurrection of liberalism and implement it into functioning policy changes. Without an ongoing campaign, though, it'd be very easy for Hillary Clinton, should she win the nomination and presidency, to retreat to the middle again.