"I don't want to pass this on to the next president": Obama lays out plan to finally close Gitmo

"The detention center at Guantanamo Bay does not advance our national security; it undermines it," Obama said 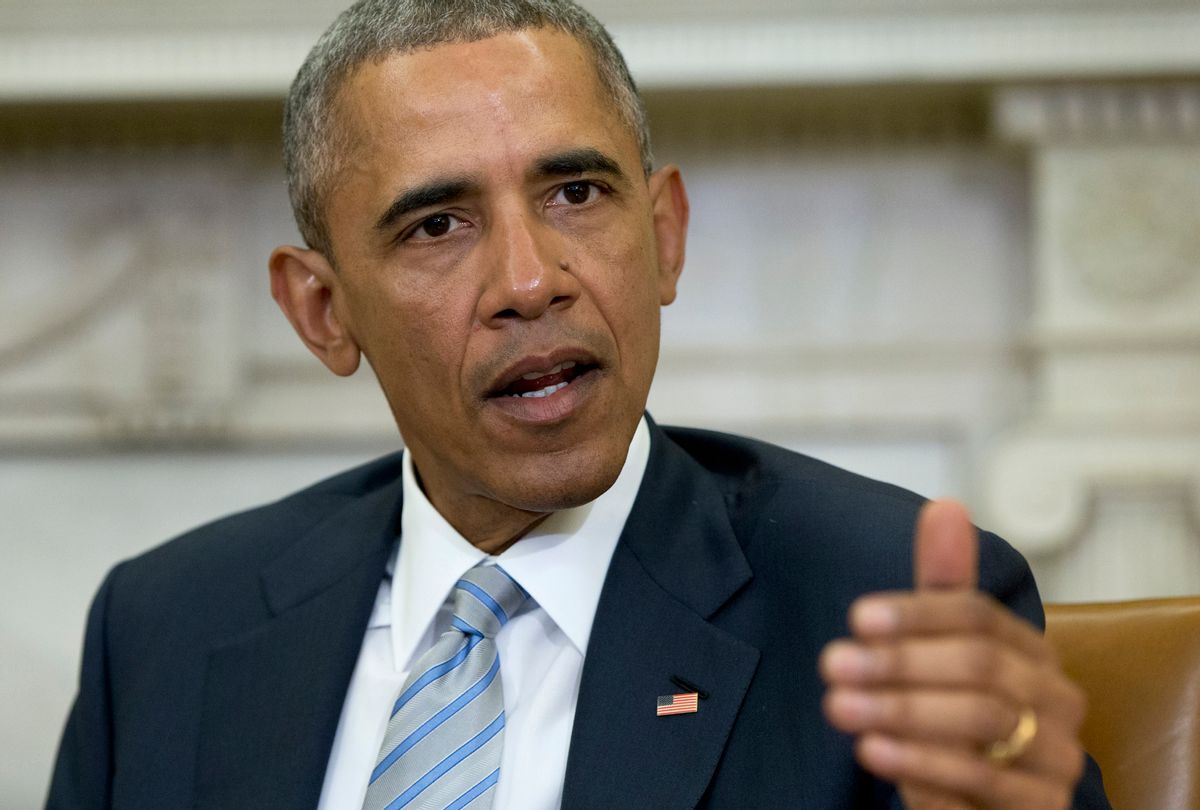 President Obama — flanked on either side by Vice President Joe Biden and Defense Secretary Ashton  Carter — laid out his plan for "finally closing" the Guantanamo Bay detention center at a news conference Tuesday morning.

"For many years it's been clear that the detention center at Guantanamo Bay does not advance our national security; it undermines it," Obama told cameras at a press conference in the White House's Roosevelt Room. "It's counterproductive to our fight against terrorists because they use it as propaganda in their effort to recruit."

Obama announced that the Department of Defense, "working in concert with The Office of Management and Budget," will submit to Congress on Tuesday "our plan for finally closing the facility at Guantanamo once and for all."

The president called the plan "a strategy with four main elements":

1. Transfer to other countries the 35 (out of 91) detainees that have already been approved for transfer.

2. "Accelerate the periodic reviews" of the remaining 56 detainees "to determine whether their continued detention is necessary."

3. Use all legal resources to process remaining detainees "still held under law of war detention," approximately 10 of the current detainees, according to Obama.

4. "Work with Congress to find a secure location in the United States to hold remaining detainees."

"(G)iven the stakes involved for our security, this plan deserves a fair hearing — even in an election year," Obama argued. "I don't want to pass this on to the next president."