Transgender migrants headed to the U.S. from Central America are especially vulnerable

“The situation is very bad for trans[gender] women, but it is even worse if you don’t have papers” 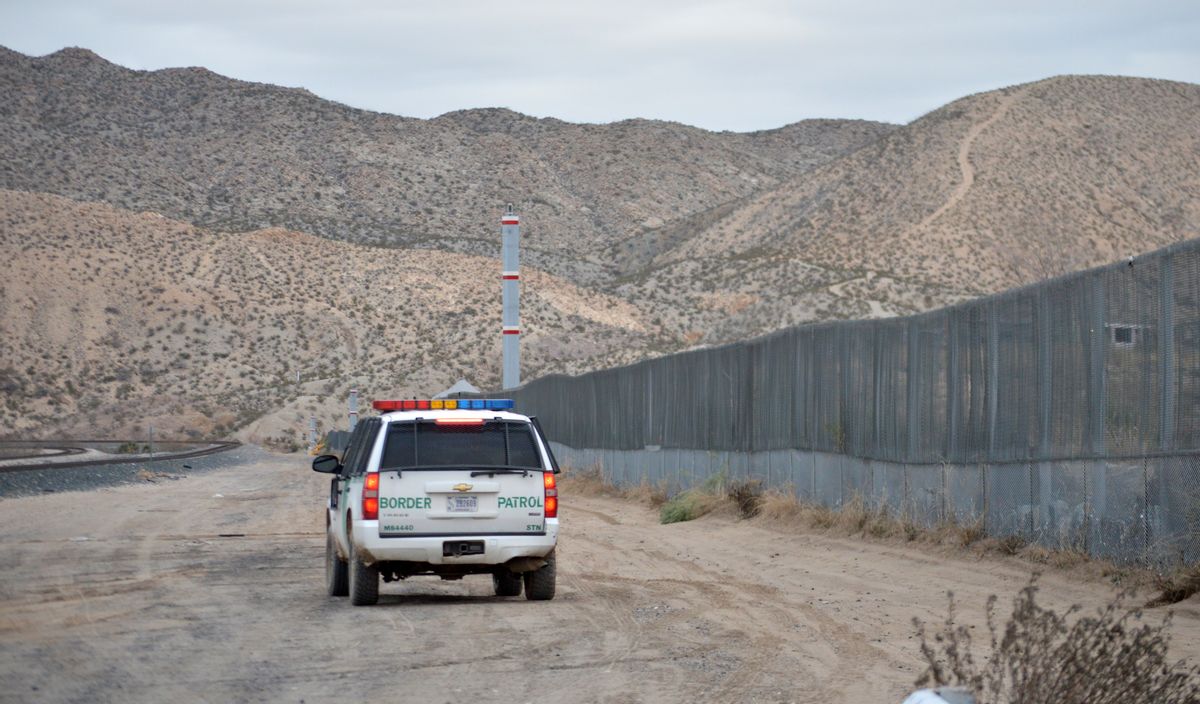 In this photo taken Jan. 4, 2016, a U.S. Border Patrol agent drives near the U.S.-Mexico border fence in Sunland Park, N.M. Officials in nearby El Paso, Texas, and Juarez, Mexico, are preparing for a Pope Francis visit to the Mexican city next month between Feb. 12-17. Juarez, on Mexico's northern border across from El Paso, is the last stop in the Pope's schedule 5-day trip to Mexico and the subject of immigration is expected to be part of the pope's agenda. ((AP Photo/Russell Contreras))
--

TAPACHULA, Mexico — Dayanara Lisbet and Rubi Bracho were standing outside a fast-food restaurant in Mexico when suddenly a car pulled up beside them. Inside were four men wearing Mexican migration officials’ uniforms and ski masks.

Lisbet, 18, and Bracho, 21, two transgender women from Central America, claim that the men kidnapped them and drove them to a remote location, where they were beaten and raped.

“They told us if we said anything that they would kill us,” said Lisbet, from across a restaurant table in Tapachula, a sleepy border city in the southern Mexican state of Chiapas. “The situation is very bad for trans[gender] women, but it is even worse if you don’t have papers.”

A spokesperson for Mexico’s National Migration Institution, INM, refused to comment because the alleged incident occurred outside of its facilities.

As Pope Francis traveled to Chiapas and other parts of Mexico this week, lesbian, gay, bisexual and transgender (LGBT) immigrants like Lisbet and Bracho were crossing into the southern Mexican state illegally from its porous border with Guatemala.

Migration has been a key focus of the pontiff’s Mexico visit, with Francis addressing the millions “of sons and daughters of the Church” who live in exile “journeying to the north in search of new opportunities" in a speech to Mexican bishops over the weekend. He will conclude his trip on Wednesday with a Mass for migrants in Ciudad Juarez, a violence-wracked city on the Mexico-US border.

“Civil society will be encouraged by the pope’s remarks,” said Duncan Wood, director of the Mexico Institute of the Woodrow Wilson Center in Washington. “It keeps up the pressure on Mexico’s government, and the governments of the region, to try to do something about this issue.”

The overwhelming majority of undocumented migrants in Mexico are from the "Northern Triangle" countries of Honduras, El Salvador and Guatemala, where proliferating gangs have raised the region's murder rate to one of the highest in the world.

Migrants are already common targets of all sorts of crime as they head to the United States. The LGBT people who flee Central America are extra vulnerable.

Latin America has made strides toward LGBT rights, like legalizing same-sex marriages in a handful of countries, including Mexico. But gender-based violence and discrimination remains a major problem in the country, which is known for a pervading "machista" culture.

“Mexico is a real challenge for LGBT asylum seekers,” noted Perrine Leclerc, head of the United Nations refugee agency (UNHCR) field office in Tapachula. "There are few organizations that work with them, or shelters that can accommodate them, leaving them more open to abuse.”

Civil society-run migrant shelters are strained by the enormous number of people crossing Mexico's southern border. The sites have a particularly hard time accommodating transgender people in facilities that are segregated by gender.

While the UNHCR helps fill this void by providing housing and food assistance, the rising numbers are exacerbating the problem. According to Leclerc, last year the UNHCR field office in Tapachula attended almost six times as many LGBT asylum seekers compared to 2014, reaching 62 cases.

“In 2014 we attended about one person every three weeks and now we are seeing around five a day,” he said. “Many of them are transgender women from El Salvador and Honduras.”

In addition to the violence they face in their home countries, local rights groups say that undocumented migrants from the LGBT community are at high risk in Mexico.

“This is the context of social violence that we live in,” said Diego Lorente, director of the Fray Matias de Cordova Human Rights Center in Tapachula. “If you are transgender or openly gay, you are more likely to be physically or sexually assaulted. If you are a migrant, the danger is doubled.”

According to Lorente, many of the LGBT migrants that arrive in Tapachula seek asylum or short-stay humanitarian visas in order to continue their journey north, rather than face the dangers of traveling through Mexico illegally. Lisbet and Bracho are among those he is helping to apply for permission to stay in Mexico.

Inside the small foyer of Fray Matias de Cordova, they wait with two other LGBT migrants they met in Tapachula. All of them hope to get humanitarian visas that will bring them one step closer to their dream destination: Los Angeles, California.

“They are more accepting of gays there,” said Abel Henriquez, 35, a transgender Salvadoran who fled to Mexico after receiving death threats from a local gang. “It is a dangerous journey, but with the grace of God, I think I can make it.”